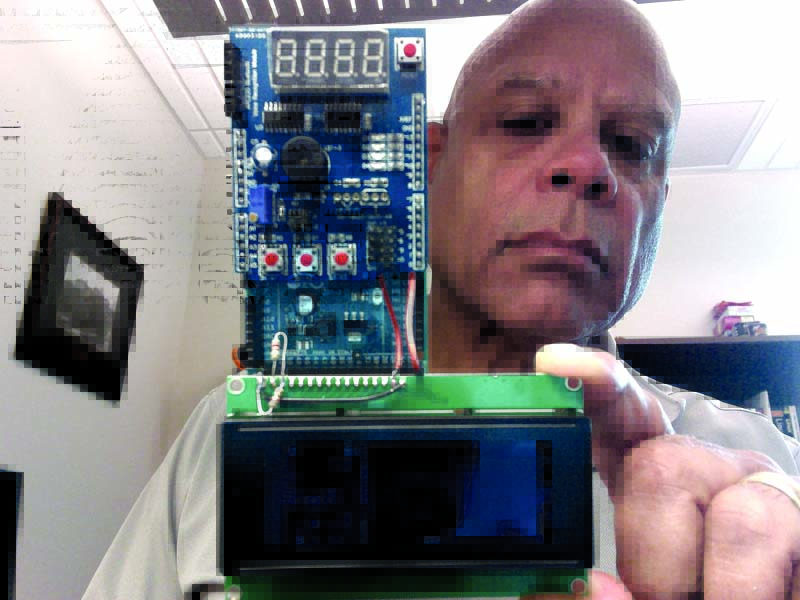 Advancements in computer science and other STEM areas usually conjure names such as the late Steve Jobs, Bill Gates and Burt Rutan. Yet there are a plethora of lesser-known engineers and inventors developing landmark technologies for companies worldwide, one being computer scientist Mark E. Dean (born March 2, 1957). He is credited with making computers more accessible and powerful, dramatically changing the way people work.

Born in Jefferson City, Tenn., Dean was a tinker from the beginning. He held a passion for building and inventing things, and even constructed a tractor from scratch with the help of his father. His excellence at math caught the attention of teachers even when he was in elementary school. A star athlete and straight A student, he graduated at the top of his high school class. In 1979, he graduated at the top of his class at the University of Tennessee, where he studied engineering.

But to some, Dean excelled beyond what was thought to be the social norms. While in the sixth grade, a white friend asked Dean if he was “really Black.” According to Dean, his friend had concluded he was “too smart” to be Black.

“That was the problem, the assumption about what Blacks could do was tilted,” Dean said.
That level of bias continued, and followed Dean to his job when he joined IBM in 1980. “It’s a problem, that “has not disappeared and a lot of kids growing up today aren’t told that you can be whatever you want to be. There may be obstacles, but there are no limits.”

Soon after joining IBM, Dean and a colleague linked their innovative skills and developed the Industry Standard Architecture (ISA) systems bus that enables multiple devices, such as drive disks, modems and printers, to be connected to PCs. In fact, Dean holds three of the original nine patents on the computer that all PCs are based upon. In total, he has more than 20 patents associated with his name.

After a number of years of work and research, Dean began to consider earning a doctorate. He admits that after being accepted at Stanford University, things became difficult, but he never regretted his decision.

“I encourage people to go on to graduate school, but they should not wait as long as I did. It makes it very hard. But for me it was definitely the right thing to do and Stanford was the right place to do it.” He earned his Ph.D. in electrical engineering in 1992.

Today, Dean is the John Fisher Distinguished Professor in the Department of Electrical Engineering and Computer Science at the University of Tennessee. In 2018, he was named the interim dean of the university’s Tickle College of Engineering.

Over the course of his career, Dean has achieved a remarkable number of accomplishments in technology. Even so, he penned in his blog post, “I have switched to using a tablet.”

Commentary: Inglewood Unified School District: the Canary in the Coal Mine