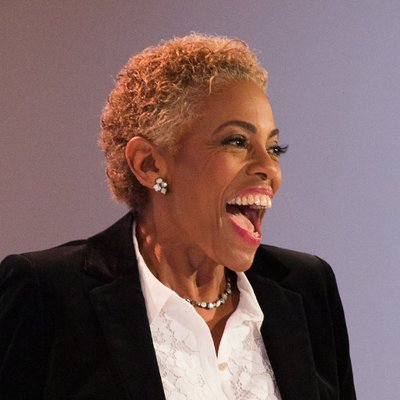 Netflix is headquartered in Los Gatos, California and was founded in 1997 and began streaming programs in 2007. The company now has 203.7 million subscribers world-wide and 73 million in the United States.

Inclusion according to Myers has been a “cultural value” at Netflix since 2017.

“ . . . [W]hen you pair . . . culture with diversity and inclusion – it unlocks our ability to innovate, to be creative, to solve problems,” she said.

She adds that inclusion teams cannot do this alone:  “[E]ach employee needs to look at every issue, decision, and meeting, inside and outside the company with inclusion in mind.  We call this an “inclusion lens,” where employees ask questions like, whose voice is missing?  Who is being excluded?  Are we portraying this authentically?”

“When we get that right . . . magic is possible.  We’re uplifting stories about Black British lives.  We’re chronicling the life of a gay man with cerebral palsy on Tv, a first.  We’re moving some of our cash into Black banks.”

The report goes on to talk specifically about representation “by the Numbers”:

Additionally, 46.4% of the company’s U.S. workforce and 42% of the leadership are from underrepresented racial or ethnic groups defined as Black, Latinx/Hispanic, Indigenous, Middle Eastern, Asian, and Pacific Islander.

Specifically, Black employees in the United States at Netflix make up 8% of the workforce and 9% of the leadership with 8,000 full time streaming employees as of October 2020.

For example, the company’s employees have created access particularly addressing the lack of Black folks in the tech industry by launching a technical bootcamp with HBCU Norfolk University.

During the pandemic events are virtual.

Netflix also commissioned USC Annenberg Inclusion Initiative to analyze the company’s content this year and every two years through 2026.

Key findings of the report, which analyzed 126 movies and 180 series, found that although white people still dominate both in front of and behind the camera, 15.2% of the original content on Netflix has Black leads or co-leads; 20% of the main cast members in movies were Black.

In terms of directors, 9.2% were Black (nine men and three women).

The report also showed that “Black creatives were much more likely to yield more Black leads and other characters.”

“When you have people of color in the room voicing their opinions, objecting, complaining and celebrating, it changes the texture of what you see,” said George C. Wolfe, director of “Ma Rainey’s Black Bottom.”  “Diversity has to be a holistic assault.  Without it, people are scared of making decisions because they don’t want to make wrong ones, so they end up making no decisions.”

The full report can be found at assets.ctfassets.net.

Wikipedia, CBS News, CNET, The Wall Street Journal, and Hollywood Reporter were sources for this article.