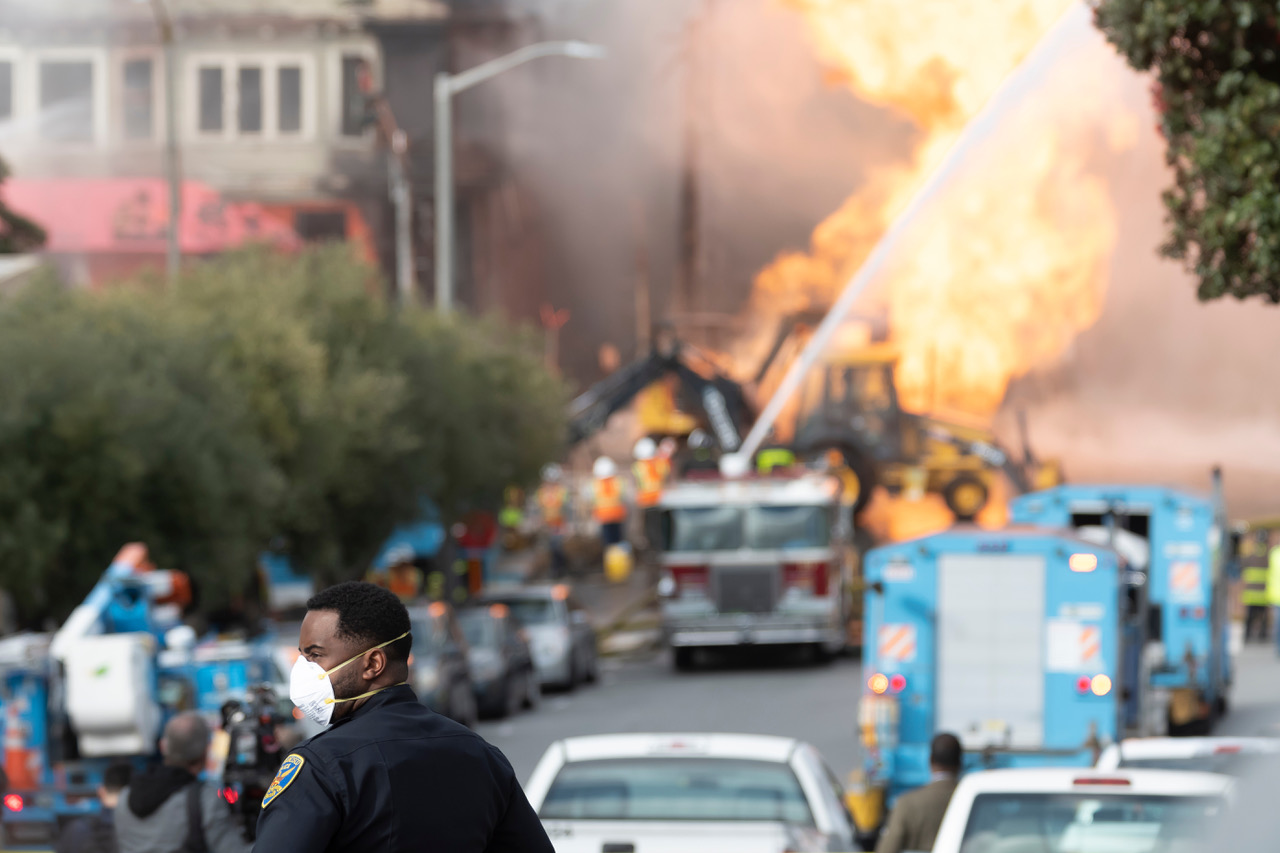 California is prone to disasters, natural and otherwise. They range from devastating annual wildfires to earthquakes, droughts, mudslides and extreme heatwaves. A deteriorated electrical power infrastructure has also been the culprit in sparking some of those wildfires, costing tens of billions of dollars in damage and causing rolling blackouts, electrocutions, and private and public property damage resulting from power surges.

On top of that, there is a sinking coastline that exposes somewhere between four and eight million people living in low-elevation areas around San Francisco, Los Angeles, San Diego and other coastal cities to disastrous flooding from a threatening Pacific with rising Relative Sea Levels.

In light of this menacing reality, two non-profits — one in San Francisco and the other in Alameda County — in partnership with numerous grassroots community-based organizations (CBOs) on both sides of the Bay will help get the word out to northern Californians living in those areas about being prepared if disaster strikes.

“September is National Preparedness Month, and we are geared to do things differently this year – particularly because of everything that’s happening in our state – COVID 19, the wildfires, polluted air,” said Lewis Kraus, co-director of the Center on Disability at the Public Health Institute, based in Oakland.

The Center on Disability is responsible for coordinating the public awareness campaign across Alameda County, where the second-largest concentration of African Americans in California live (next to Los Angeles county). Black Californians make up about 12.5 percent of the county’s population of more than 1.5 million people.

The work Kraus’s organization is doing is part of a $50 million coordinated statewide emergency preparedness informational campaign titled Listos California. Gov. Gavin Newsom and the state legislature say their intention with the program is to “ready our most vulnerable populations for disasters.”

The program is administered by the Governor’s Office of Emergency Services, also called CalOES. That agency has awarded $20 million to CBOs in 24 counties across the state to support education and the creation of customized disaster preparedness programs, according to a press release from the governor’s office.

The money will also support animal management preparedness, according to CalOES.

“It is critical that Californians are prepared. Community preparedness and peer-to-peer networks can literally save lives and help our first responders during and after a disaster,” said Mark Ghilarducci, Director of CalOES.

Kraus says the COVID-19 pandemic has made outreach difficult, but it has forced the grassroots groups to be more creative, especially in their efforts to reach people who may have limited or no internet access.

“The intent of the program is not just to give people information but to engage them with it. We will do face-to-face interactions when it is possible. We will show up with a table at in-person events, and some of the churches have been going out to food distribution sites, masks and gloves on, to talk to people, social distancing, of course, and they include literature with their food,” he said.  “We have transitioned a lot of things to online. We put our brochure online. We also have a fillable pdf for creating your own emergency plan.

Across the Bay in San Francisco, where the African American population is 6%, another organization, SF CARD is coordinating the outreach there, prioritizing vulnerable groups, including people who are unhoused.

“SF CARD is, at heart, a collaborating agency. We hold subject matter expertise in disaster preparedness, response and recovery, but we let the embedded organizations lead the way on how to best engage their communities in learning about preparedness,” says Heather Lee, program manager at SF Card. Even if the information is on a flyer that is mailed out — it is coming from a cornerstone of that family’s support network. The trust of the organization, the one that provides a meal each week, the one that helps them navigate the world with their disabled child, is going to add the weight of importance to this work than just another billboard in the urban landscape.

Lee says everybody in California should take steps to get prepared.

“Meet one neighbor. One neighbor that you can agree to be there for in an emergency and can be there for you. In disaster work, we are always saying, the worst time to exchange business cards is during a disaster – but it happens,” she said. “And the truth is – even on the best of days, we only answer the phone when we recognize the caller ID. That’s tenfold true during a crisis.”