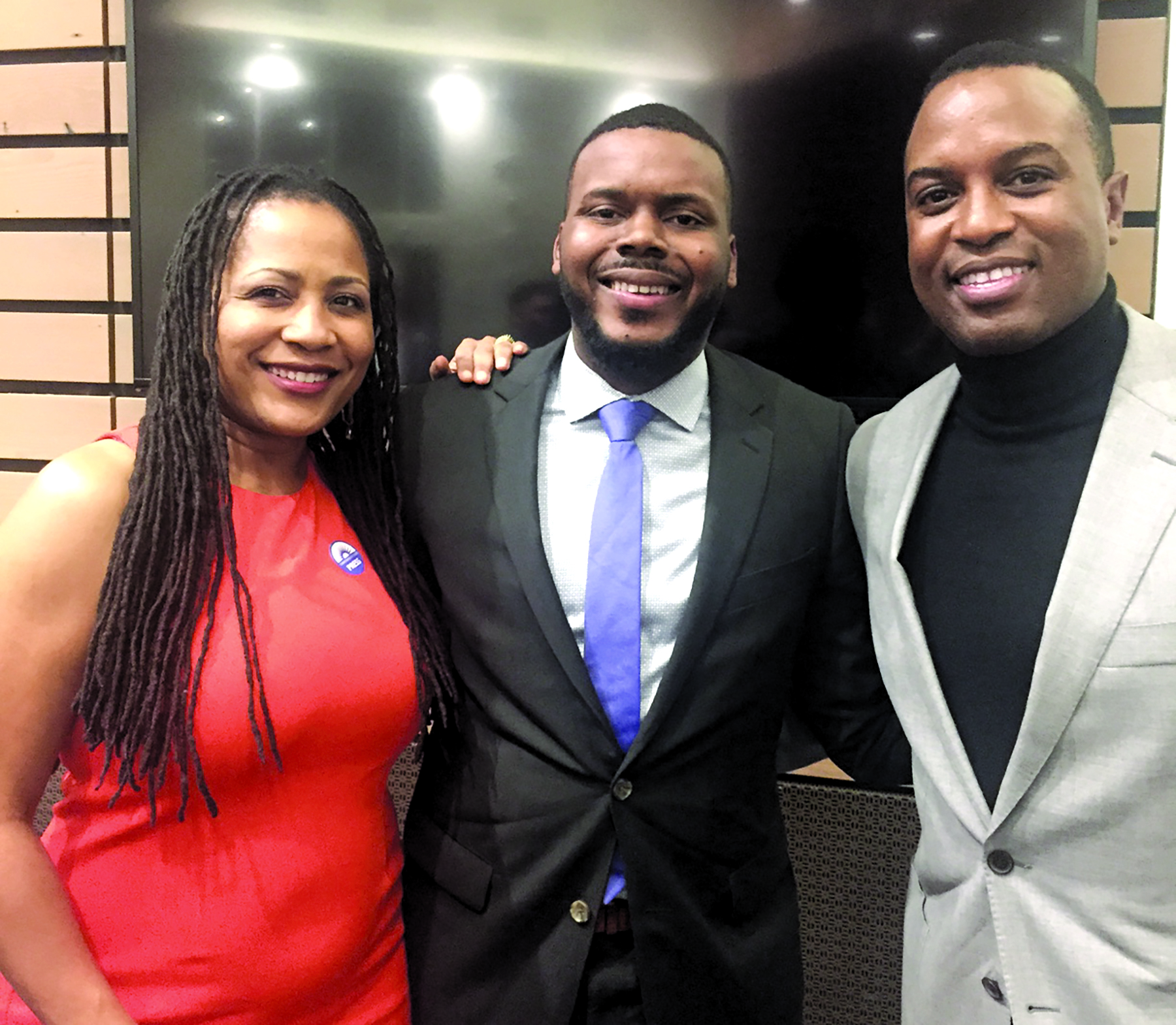 With grace and humor the Mayor shared his progressive vision for a safe, prosperous and equitable Stockton while speaking candidly about his humble upbringing and how his policy priorities are governed by his lived experience. McAfee interviewed the Mayor for an hour on issues ranging from his investment in Stockton Scholars – to increase the number of residents go to college – to his ground-breaking work with Advancing Peace to significantly reduce gun violence.

“Our passion and vision for Reinventing Stockton is based on my lived experience,” Mayor Tubbs explained to the sold-out crowd. “Whether its growing up poor, or losing a family member to gun violence, or the incredible opportunities I received that helped me get into Stanford. Our theory of change rests upon harvesting human capital.”

The packed room hosted a diverse audience that included youth, journalists and elected leaders from throughout Northern California, including Oakland City Councilmember Lynette Gibson McElhaney, the first African-American woman to serve as Council President. Tubbs and McElhaney have been friends since Tubbs was first elected to the council.

“I’m a fan. I’ve been impressed by what Stockton has accomplished and inspired by the Mayor’s leadership,” said Gibson McElhaney. “Like Oakland, Stockton is working to advance progressive policies that address the housing shortage, jobs, transportation and climate change. Mayor Tubbs brings a fresh perspective to each of these issues.”

Tubbs enthusiastically bragged about his hometown and how the Reinvent Stockton initiatives are helping to lift the city from its 2012 misfortunes – all of them bound by the common goal of benefiting those most affected by issues of generational violence and poverty.

The Commonwealth Club of California is the nation’s oldest and largest public affairs forum. Each year the Club presents more than 450 forums on topics ranging across politics, culture, society and the economy.

“The Ladies In Red” Celebrate 22 Years of Women’s Empowerment