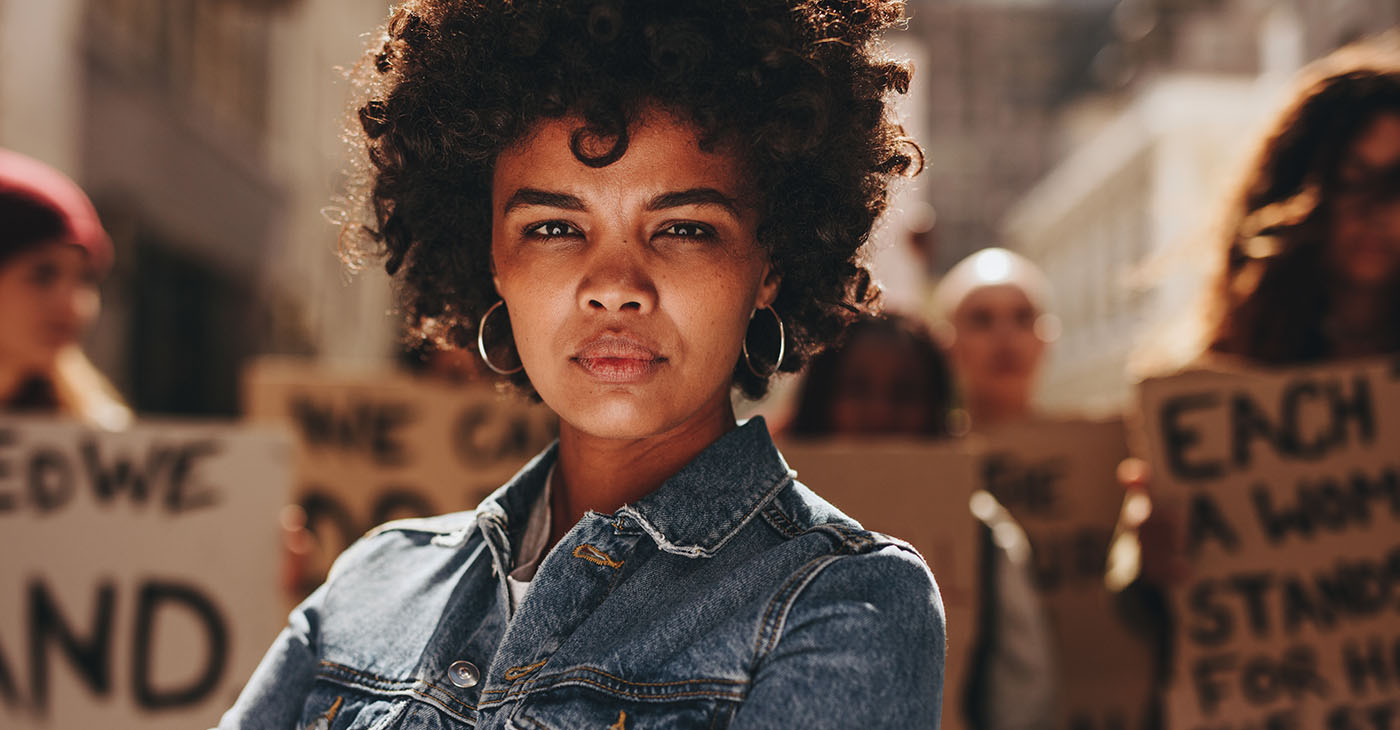 The National Bureau on Economic Research (NBER) presented a working paper that found that the medium firm/business with expenses over $10,000 per month has only enough cash on hand to last for two weeks.

As a person who’s been on the front lines of protests advocating for Black folks for media job hiring, slavery reparations and more Black history teaching in public schools, just to name a few. I’ve witnessed for decades how my work was being translated by news reports as “working on behalf of minorities!”

Nothing could have been further from the truth.

But unfortunately, it’s how White leadership has seen Black protesters and the sad commentary is, it’s been primarily a narrative pushed by Black leadership in their need, it appears, to be loved by everybody in the world.

However, the people primarily hurt by this compromise has been the voiceless masses.

It seems that finally there appears to be some powerful help on the horizon in the name of a group of activists known as the Black Business Empowerment (BBE). This movement is made up of a crossbreed of business owners, community organizations, religious leaders and grassroots groups that decided to come together to show unity and to pool their strengths to advocate for Black people.

The groups all agree that the consistent use of labeling their causes under the word “minority” has many times weakened their abilities to assist Black people.

And it is those Black people who through nearly 210 years of forced slave labor and an additional 100 years or more of Jim Crow laws; Black businesses should have been sectioned off with relief funds for Black people only!

After all, it’s been Black businesses that have employed Black people in Black communities in America as White businesses and businesses owned by foreigners have exclusively discriminated against Blacks, even in majority Black neighborhoods.

So yeah, I’m pissed off to the highest pissivity over constantly sacrificing for other ethnic groups! It’s time for others to take a hit for the damned team!

It’s time for us to look out for us first!

It’s like riding on an airplane and you’re told to put on your mask first before you mask others. Black leadership needs to follow that example for Black people!

Don’t get me wrong!

Sure, if brown, yellow, red or white folks benefitted from my work, okay that’s fine!  But my initial plan was for Black people, so the word minority should not even enter the conversation!

So now we’re faced with the issue that the Small-Business Loan Program has run out of money! $350 billion from the first Payroll Protection Program (PPP) has run out of money. You now see owners, like Denny Moe’s Barbershop, in Harlem say, “I can probably last until May. But I don’t want to think about that!”

Currently, Congress approved $450 billion more in the PPP 2 bill. For this bill we need Black congressional leadership to sing the words, “Say It Loud I’m Black And I’m Proud!” And by the way James Brown was a Republican, so political partisanship should be put aside!

Think about these facts. The National Bureau on Economic Research (NBER) presented a working paper that found that the medium firm/business with expenses over $10,000 per month has only enough cash on hand to last for two weeks.

Problem is that reference doesn’t refer to the much smaller businesses like brother Denny Moe’s mentioned and the many mom/pop businesses that only employ two to five people but have been in business for decades! I’m talking about your neighborhood cleaners, beauty salons, bakeries, t-shirt making shops, bookstores, and the list goes on. What about them?

Put that up against Ruth’s Chris Steak House chain that grossed $42 million last year but received a $20 million forgivable loan and Potbelly and Shake Shack restaurant chains receiving $10 million. Excuse me, but all I can say is, ‘huh!’

Shake Shack and Ruth’s Chris just recently announced they are returning the stimulus checks.  I guess this proves they do have some scruples. But it also proves that they didn’t need the f!:/“@; money in the first place, don’t you think?

Which brings me to this point, that if the CBC believe their job is to advocate for minority communities then maybe it’s time Congress creates a Congressional “Ethic” Minority Caucus which should then allow CBC to advocate for Black people only. How about that for some clarity?

As for the BBE Movement we need Black people in all 50 states of America to come together and join this call of BBE to get Black congressional leadership to continue seeking federal funding to support Black businesses, which in return will employ Black families and help them survive America’s white supremacy legacy!

A Lata Continua: The Struggle Continues…