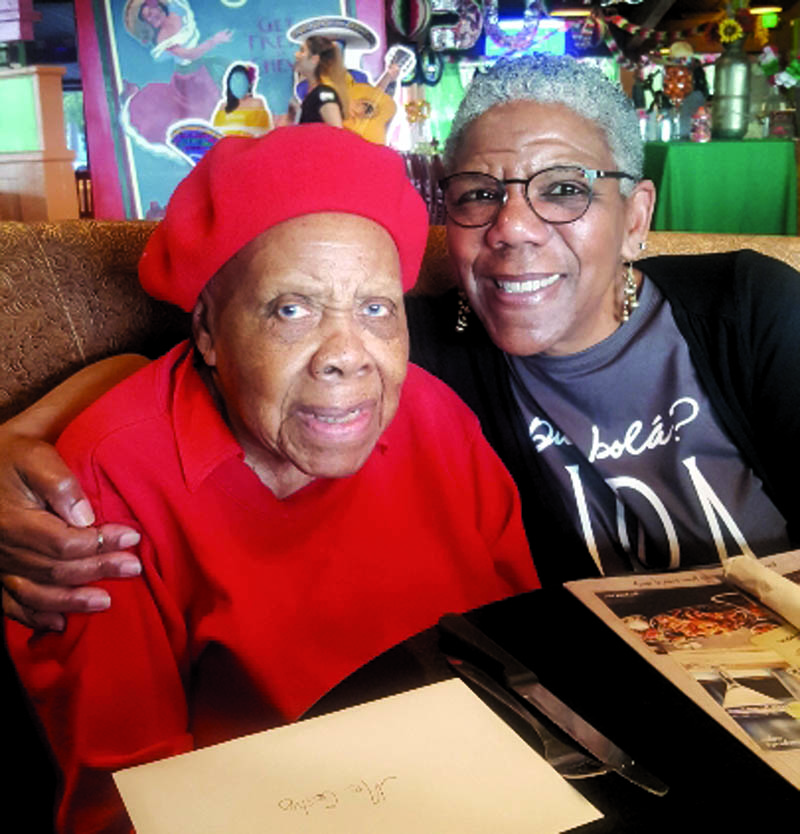 On April 6, Clara M Cosby, the first African American nurse at Herrick Hospital, celebrated her 100th birthday. Born in Longview, Texas, in 1919, she was the second oldest of five children born to TD and Mae Anna Anderson.

Clara wanted to be a pianist when she grew up but her mother said there wasn’t a future for Black women in music. Clara and her sister Duressie decided to became nurses. Clara graduated from Prairie View Normal and Industrial College (now Prairie View A&M University) in 1937.

She married Henry Cosby in December, 1941 in Houston, Texas, and moved to California. They rented a room on Market Street in West Oakland, the hub of Black culture at the time.

In the late 1940s, they moved to Berkeley and as they were walking past Herrick Hospital one day, she decided to see if she could fill out an application for employment.

Herrick wanted to hire her that day but Clara was a clerk typist at the Naval Supply in Oakland and she had to give two weeks notice.

Clara became the first Black nurse at Herrick Hospital in the late 1940s. She later worked as a nurse for Dr. Benjamin Majors at the Arlington Medical Group in Oakland in 1959. A licensed Registered Nurse, Public Health Nurse and Practical Nurse Practitioner, Clara worked for the Berkeley Health Department from 1959-84. She also worked as a school nurse at Berkeley High’s West Campus in 1967.

Her family and friends wish her a very happy 100th birthday.