Opinion - How To Win A Judgeship: Call Yourself A Civil Rights Lawyer

“The legal system needs to protect the interests of this Black family facing unwarranted debt.”

The City of Berkeley is campaigning right now to drive Leonard Powell, a 76-year-old Black veteran, and his family out of their home at 1911 Harmon St. in south Berkeley.
This family has lived there for 44 years and owned the house free and clear. By a legal process called receivership, the city has succeeded in placing Mr. Powell in a financial position beyond his means, in order for him to lose the house to foreclosure or sale.
Receivership means that the house, after it is found to be in violation of the city’s housing code, is placed under the control of a “receiver,” who then takes over the job of repairing the house.
Where initial estimates of repair expenses were around $200,000, the receiver has racked up expenses of $700,000, a debt which ultimately falls on Powell’s shoulders.
Right now, the case is in Superior Court, and the judge has demanded that Powell come up with the full amount right away. Clearly, he is acting to protect the interest of the receiver, who is white.
This writer would ask that the legal system be as diligent in protecting the interests of the Black family facing an unwarranted debt. This kind of thing has happened to other families. It has also been accomplished through Probate Court, as well as through receivership. But Mr. Powell’s case is instructive.
It occurred through three stages. And it is important to note that at no time did Mr. Powell object to doing the repairs on his house. He simply asked the city for assistance and negotiation, which the city subtly declined. 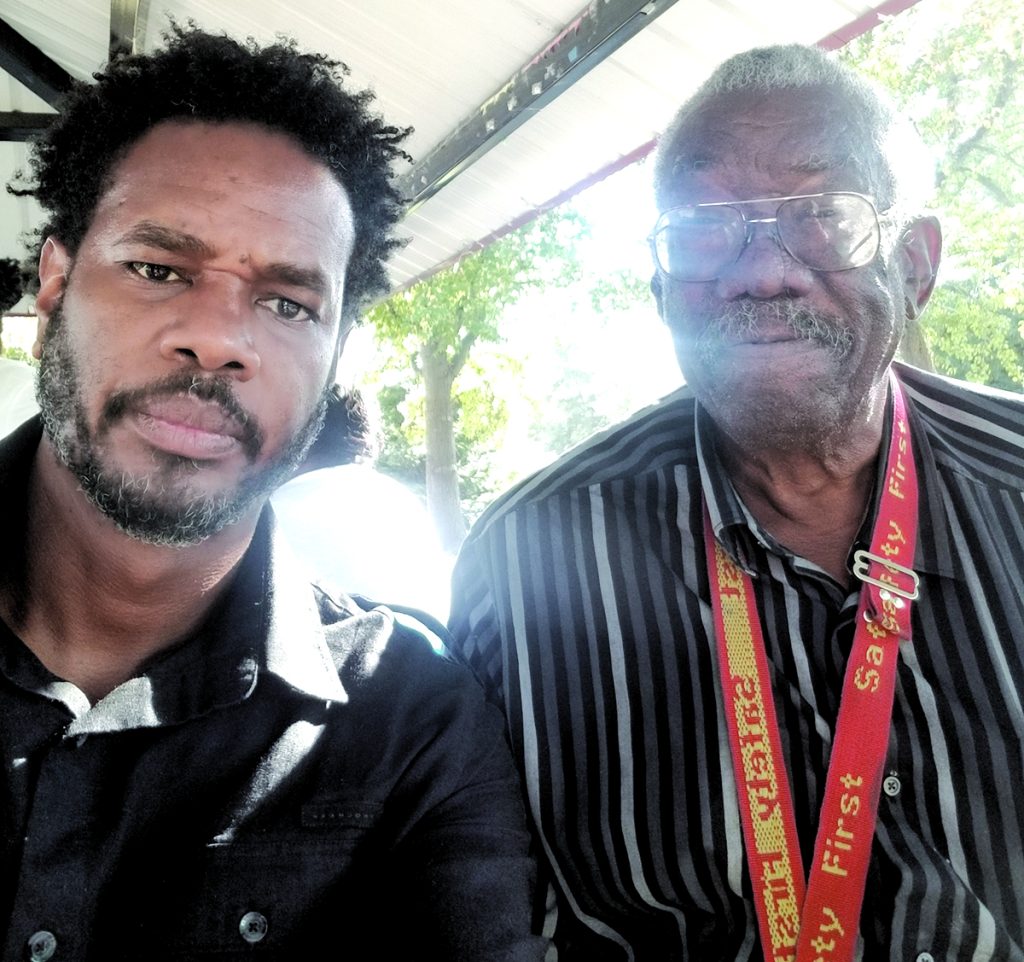 Leonard Powell (right) with one of his relatives.

First, there was a police raid on the house, ostensibly to arrest a person who didn’t live there. The entire raid was fake, reporting fabricated evidence, and no charges were ever filed. But it gave city officials a chance to inspect the house without prior notice.
The city knew Mr. Powell’s financial situation, and that he had family members in the house in ill health who depended on the house.
Second, though inspection found some 23 code violations, all were of housing maintenance. Mr. Powell was given deadlines, negotiation on those deadlines were refused, and missed deadlines allowed the city to label the house a public “nuisance.”
The label made the city’s desire for receivership stronger (though without evidence of any specific danger to the neighborhood).
Third, there is the receivership process. Mr. Powell opposed the house being placed under receivership in court declarations, but his objections were ignored.
The city’s petition was granted, and a white man appointed as receiver to repair the violations. The receiver then violated his mandate by having his contractor reconstruct the house rather than simply repair the code violations.
This is what tripled his expenses, and tripled the debt placed on Mr. Powell. The receiver admitted, in a report that in shifting the work on the house from repairs to reconstruction, he was following city directions.
The receiver must have sensed a vulnerability, because he has asked the judge to get full payment from Mr. Powell immediately, and the judge has done so.
Leonard Powell’s case is scheduled to be heard Monday, Dec. 17, 10:30 a.m., at Alameda County Superior Court, Second Floor, Room 511, 24405 Amador St., Hayward. For more information or to support Mr. Powell, contact Friends of Adeline at (510) 338-7843 or friendsofadeline@gmail.com
Related Topics:Black veteransCity of BerkeleyForeclosureLeonard Powell
Up Next