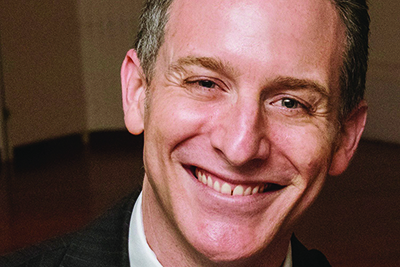 UC Berkeley Chancellor Carol Christ announced the appointment of Cal Perfor­mances’ new executive and artistic director, with this letter to the campus:

“It is my great pleasure to announce the appointment of Carnegie Hall’s Jeremy Gef­fen as the next executive and artistic director of Cal Perfor­mances. He will take the helm of our campus’s performing arts organization on April 1, 2019,” said Chancellor Christ.

As Carnegie Hall’s senior director and artistic adviser, Jeremy currently leads artistic planning for one of the most celebrated and prestigious per­formance spaces in the world. He is in charge of developing concerts, creating thematic and festival programming, and setting the overall artistic vi­sion for each season of work produced at the renowned arts organization. Jeremy addition­ally leads Carnegie Hall’s au­dience education programs, manages artist and partner rela­tions, and directs the commis­sioning of new works for each of the venue’s three stages.

By virtue of his experience, aesthetic sensibility, and char­acter, Jeremy stood out among a large and exceptionally tal­ented pool of applicants from across the globe who applied to be Cal Performances’ next leader. He is an adventurous and imaginative artistic direc­tor, a thoughtful connector who will bring with him close ties to a new and diverse set of artists and partners, a seasoned executive who will help ensure Cal Performances’ financial sustainability, and a commu­nity-minded leader who will strengthen the organization’s connections to campus and the broader Bay Area.

At Carnegie Hall, Jeremy expanded the profile, quality, and number of its early music offerings by introducing an­nual Handel performances and producing festivals focused on lesser-known music of the late Renaissance through the early Baroque period. He also en­couraged the organization to incorporate more jazz, world music, American roots, pop and other genres into its of­ferings. Jeremy built festival programming highlighting the music and cultures of Japan, China, Brazil, Cuba, Mexico, Venezuela and other nations. He oversaw thematic pro­gramming for celebrations of South Africa 20 years after the election of Nelson Mandela, the United States in the 1960s, and migration and its impact on American culture.

A passionate advocate for giving emerging talent the op­portunities necessary to ad­vance as performers, Jeremy also led Carnegie Hall’s fel­lowship program for high-cal­iber young artists and recently spearheaded a project that brought more than 125 new commissions from a diverse set of composers.

Before joining Carnegie Hall, Jeremy served as vice president for artistic adminis­tration for the St. Louis Sym­phony Orchestra. Before that, he was artistic administrator for the New York Philharmonic and the Aspen Music Festival and School. A violist by train­ing, Jeremy received his bach­elor’s degree in music industry from the University of South­ern California in 1997. You can learn more about Jeremy and his background in this press release on Cal Performances’ website.