Belinda Bennett: Diversity at the Helm on the High Seas
Advertisement 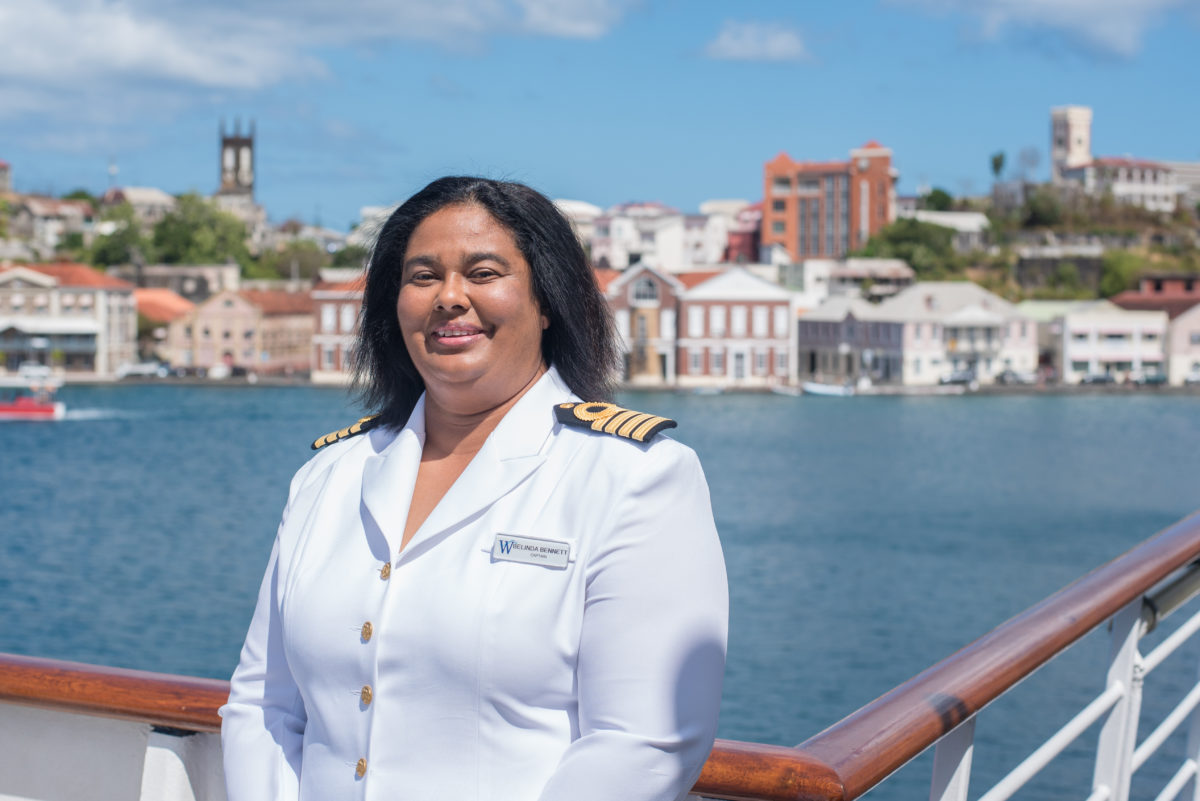 Cruise ships have always hired women in areas of passenger services. Positions on the bridge, however, were never even considered. Windstar Cruises, LLC, which operates a fleet of small luxury cruise ships, has set an example of true diversity with Belinda Bennett serving as the first Black woman cruise ship captain on the MSC Wind Star.

Bennett, 45, is a British citizen and resides in Southampton, U.K. Her maiden voyage as captain was on Jan. 30, 2016, with 102 international crew aboard the 148-passenger Wind Star cruising in the Caribbean, according to the company’s web site.

But her path to the helm was not without resistance.

During a 2019 interview with Forbes, Bennett said that she’d had a “rough start.” When training as a cadet in South Tyneside (located in Northeast England), she sailed with chief officers “who made me work harder than the other guys … work later than the sailors. So, they would knock off for the day, and I would be left outside continuing to work until it got dark. It really was a make-or-break-you time, and me being me, I refused to be broken.”

It was an experience she described to Travel Age West as “a culture shock.” On entering the academy, Bennett admitted that she was naïve to racism.

Some 70-plus men and five women comprised Bennett’s class. “Some of those in charge were determined to break us,” she said. She would later become the only woman to complete the course and enter the maritime industry.

Bennett told Forbes that after completing her master’s degree, she was “sat down by an agent in Antibes and told that finding a job in the yachting industry would be very hard

Originally from the island of St. Helena (located in the South Atlantic between South America and Africa), Bennett developed a love for the ocean and spent most of her time on the water.

In fact, the only way off St. Helena at that time was by ship. By age 17, she worked on the RMS St. Helena. It was the only ship supporting the island, Bennett said, adding: “That’s when my adventures started.”

Bennett never allowed others to impede her success or redirect her goals. “I am a very strong woman,” she said. “Being a woman, you have to work extra hard to prove yourself; even more than a man. Some men might not like that … I wanted to be captain, and so, I am.”

Bennett joined Windstar Cruises as Second Officer at the Port of Monaco in September 2005, according to the company’s web site. Over her more than 13-year career, she has worked on a variety of Windstar ships, progressing to chief officer and now captain.

In 2018, Bennett was awarded the Merchant Navy Medal for Meritorious Service.