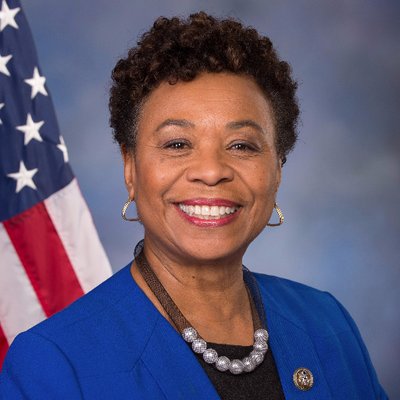 Congressmembers Barbara Lee led four other Black congresswomen in announcing on Monday the reintroduction of The Creating a Respectful and Open World for Natural Hair (CROWN Act) in the House of Representatives.

“As a woman of color, we know that you understand personally the ways in which bias – overt discrimination and its equally harmful unintentional and systemic counterparts – shapes so much of the world,” the letter to Vice President Harris from the five bill co-leads reads. “We know that you are deeply committed to ending these biases and using your office to ensure equitable access and opportunity for everyone. We ask that, among your priorities, you advocate for the passage of the CROWN Act.”

The CROWN Act, which has become law in a number of states and cities nationwide and passed in the House of Representatives in 2019, would help bring an end to race-based hair discrimination and remove a massive and entirely illogical educational and employment barrier facing African Americans.

In the school setting, Black students are disciplined at a rate four times higher than any other racial or ethnic group, and research has found that 70% of all suspension disciplines are discretionary, many stemming from dress code violations, including “unapproved” hairstyles. Meanwhile, in the workplace, bias against ethnic and natural hairstyles contributes to reduced opportunities for job advancement, particularly for women.

These concerns and others drew support from the Congressional Caucus on Black Women and Girls, which today released a letter to House and Senate leadership urging quick work in both chambers to get the bill to President Biden.

The CROWN Act would: