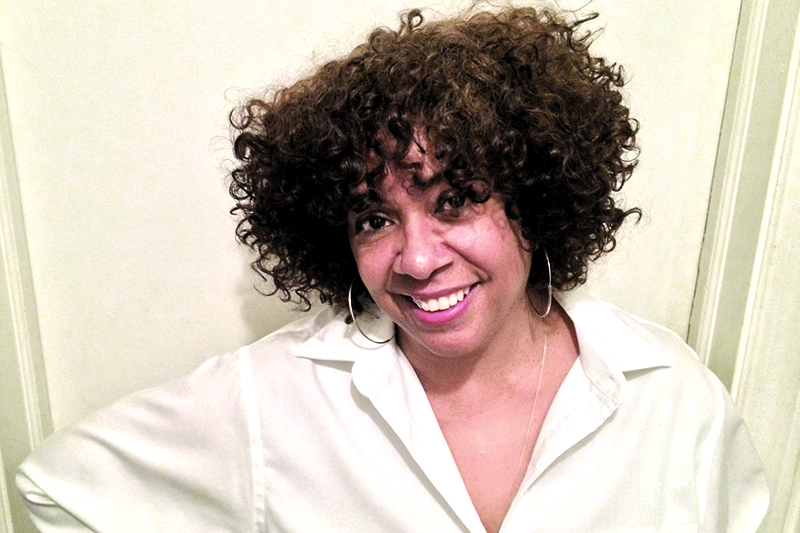 Historically, Black cartoonists have never enjoyed the same representation as their white counterparts. This barrier is slowly being demolished, specifically by Black female artists. Their works are being recognized; their commentary, heard; and social issues, addressed.

Among these women stands Barbara Brandon-Croft (born 1958), creator of  “Where I’m Coming From,” a comic strip described as having “reclaimed the funnies as a space where Black women’s voices could be represented and amplified.” It was published in more than 60 newspapers throughout the U.S. and Canada from 1986 to 2005.

The characters took on tough social issues such as sexism and racism.

Brandon-Croft is the first and only African American woman to have her work nationally syndicated in mainstream press.

Born in Brooklyn, Barbara was 10 years old when she started her career (although she says she “didn’t know it at the time”). As a way to earn money for her allowance, she assisted her father, the pioneer syndicated cartoonist Brumsic Brandon, Jr. (1927–2014), creator of the comic strip “Luther,” which ran from 1969–1986.

“My dad worked in the house … initially his studio was in the dining room,” she said during an interview with ABC’s “Here and Now.”

“I had a brother and a sister and he gave each of us a drawing pen. I seemed to be the one that got that ‘gene.’ I was enlisted to do some work on his strips, like coloring in the silhouettes … even one time doing the lettering. I was trained, but I had no idea I was being trained.”

Later, Brandon-Croft would attend Syracuse University’s College of Visual and Performing Arts. Her ambitions were broad, including fashion illustrator. “But I still didn’t know,” she said about her career path. It wasn’t until she interviewed for a position at a magazine that an opportunity to draw came about.

“The [interviewer] said, ‘You brought your portfolio,’ and I said I’d do anything. She said, ‘Well, you have a sense of humor, can you do a comic strip?’ I said, ‘I think I can.’ But had my dad been a bus driver, I wouldn’t have thought that.”

Today, both artists remain the only father-daughter lineage in comic syndication history.

What became Brandon-Croft’s big break was the publishing of “Where I’m Coming From” in the Detroit Free Press (1989). Two years later, she would sign a contract with Universal Press Syndicate. Her characters would be known by readers in over 100 US cities as well as in publications in Jamaica and South Africa.

Through “Where I’m Coming From,” Brandon-Croft wanted white readers to “fully grasp the struggles of Black Americans as people in their own right, not just characters that happened to be brown-skinned.”

During a 1992 interview with the New York Times she said: “If mainstream folk understood the Black perspective better, they wouldn’t be surprised at the rage we’re holding. We know white people because we’re exposed to them, but they don’t know us. If we’re going to have a peaceful existence, they have to understand our perspective.”