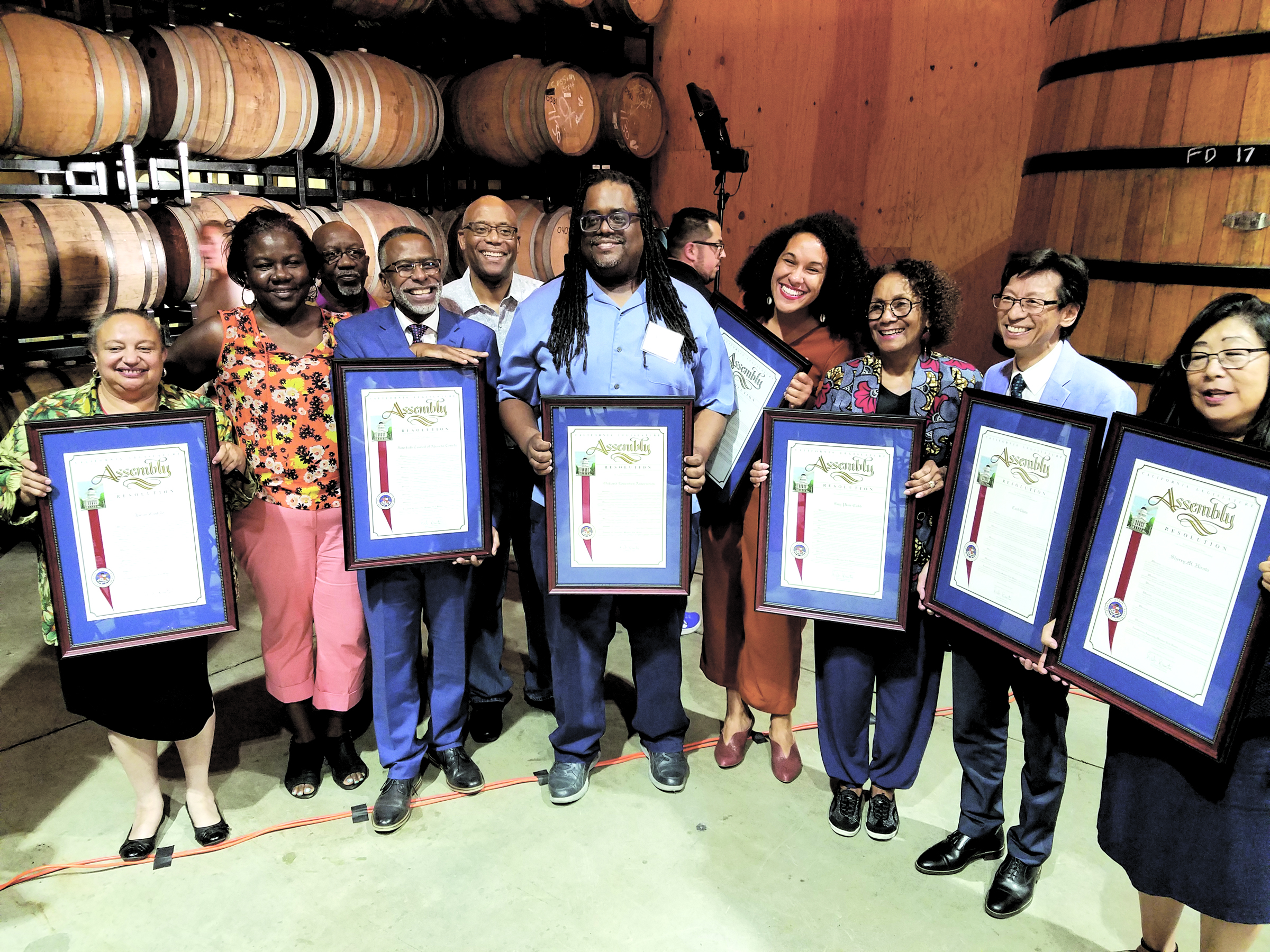 Two hundred civic and community members gathered in Alameda at the Almanac Brewery on Oct. 8 for the State of the 18th Assembly District address and awards.

The event was hosted by Assemblymember Rob Bonta, who had successfully drafted a housing bill and rent control package with colleagues that kicked off Governor Gavin Newsom’s housing tour in Oakland just hours before.

Bonta was both grateful and honored to give awards to some of the hardest-working people in the district he represents. “Tonight is a night to celebrate the great work in our district and the people who make it all possible,” he said.

“It has been a privilege to serve the community and give people the opportunity to become self sufficient through our employment programming at the OPIC,” said Gay Cobb.

Cobb was supported by her husband, Oakland Post Publisher Paul Cobb who proudly orchestrated photos of her with other honorees — which included the Interfaith Council of Alameda County (ICAC).

Representing the ICAC, Pastor Ken Chambers of West Side Missionary Baptist Church in Oakland accepted the Coalition of Excellence Award.

Chambers explained how the ICAC took an out-of-the box approach to the housing crisis with a temporary solution for Oaklanders living in their cars.

“We’ve identified three categories of people living in their cars that need a safe space to sleep overnight and so one of our churches allows men to park overnight, another is for students, and families are in another parking lot,” said Chambers who shared the award with his wife, Michelle Myles Chambers, Pastor Chauncey Mathews of Corinthian Baptist Church and Thomas Harris of Pleasant Grove Baptist Church.

“We hope to expand the program as a bridge for people waiting for affordable housing,” said Mathews.

Jahmese Myres, deputy director of the East Bay Alliance for Sustainable Economy, received the Social Justice Warrior Award with Jennifer Pahlka, founder of Code for America. Margaret Gordon, co-founder of the West Oakland Environmental Indicators Project, was also recognized for her decades of fighting for the environment and protecting the health of vulnerable West Oakland residents. Gordon was excited to attend with her granddaughter, De’Jeanne Maunder.

Small Business of the Year Awards were given to Everett and Jones BBQ of Oakland, the BAL Theater of San Leandro and Alameda’s Little House Café’.

The Impact in Education Awards were presented to Pilot City, the Oakland Education Association and the Alameda Education Foundation.