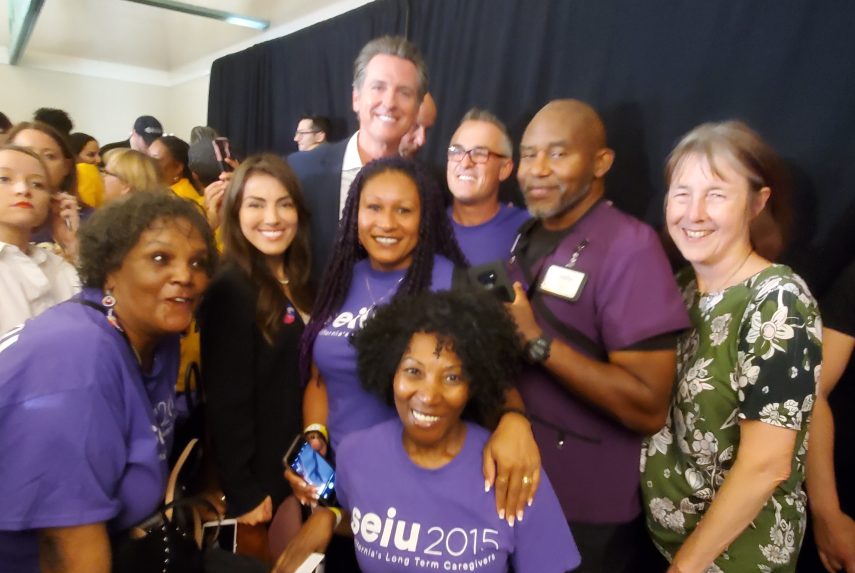 Gov. Gavin Newsom kicked off a statewide tour on October 8 at the West Oakland Senior Center to sign a series of bills that build on his administration’s efforts to tackle the housing affordability crisis.

The move is said to be the nation’s strongest statewide renter protection package along with a number of other bills to address the rising costs of rent and housing. AB 1482 by As-semblymember David Chiu (D-San Francisco) creates a statewide rent cap and eviction protections that are critical to combatting California’s rising cost-of-living and housing cri-sis.

“California will now have the strongest tenant laws in the nation with the support of Gov-ernor Gavin Newsom,” said Chiu. “This bill will help 8 million Californians on the brink of homelessness. Just because someone rents doesn’t make them any less worthy of a stable home. Until everyone is housed and has a home we will continue to fight for renters and tenants.”

For Newsom, housing affordability has been a top priority with his signing of an unprece-dented state budget of $1.75 billion investment in new housing with incentives for cities to approve new home construction in June. The budget includes $1 billion for counties to combat homelessness and $20 million for the legal services of renters facing eviction.

Housing Advocates Stasha Powell of Fare Rents for Redwood City Rental Stabilization and Protection spoke of the many organizations involved in the movement. President of (ACCE), the Alliance of Californians for Community Empowerment, Sasha Graham, shared how her eviction in Richmond left her and her son homeless for three years. “I’d lived for 10 years without incidence when the new owner demanded a 100% rent increase,” she said.
Assemblymembers Rob Bonta and Buffy Wicks, Senate President Pro Tem Toni Atkins and other legislators joined SEIU and ACCE members in a packed room while Newsom signed the bills.

In the first weeks of his administration, Newsom signed an executive order that created an inventory of all excess state land in order to locate land parcels to develop into affordable housing, launching partnerships with six California cities in April.

Also, earlier in the month, Newsom announced the first Request for Proposal on state-owned land to be issued in the city of Stockton. The Newsom Administration has also en-forced state housing law – putting more than 40 cities on notice that they were out of com-pliance with state housing requirements and in jeopardy of legal action.
In August, the governor unveiled a proposal to create a permanent fund to provide legal support to Californians facing eviction or foreclosure.
Other stops for Newsom’s rent and housing tour will include San Diego and Los Angeles.