MyLifeOrganized 3
The most flexible time management software available. Keep track of your tasks, projects and even life goals.

Toggl
With a single tap, track and save your time anywhere you go by knowing where your time is going.

Todoist
Keep track of simple errands to life’s biggest project at the tip of your fingertips.

Remember the Milk
Remember The Milk is the smartest to-do app for busy people. You’ll never forget the milk or anything again.

‘Homecoming’ only the beginning for Beyoncé and Netflix

During a news briefing hosted by Ethnic Media Services last month, speakers discussed how small businesses in California and around the country can emerge from this crisis, catch the wave of what seems to be a gathering economic boom, or continue to tread water to stay afloat. 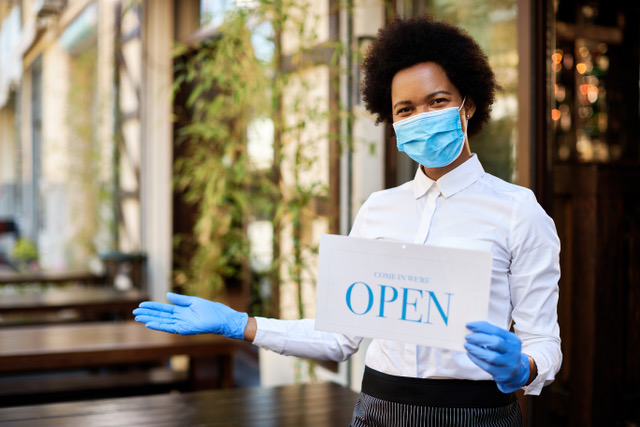 Next week, after more than a year, California is expected to lift the majority of its COVID-19 related restrictions and reopen its economy at almost-full capacity.

But as the state prepares for a long-anticipated comeback, many Black business-owners say enterprises across the state that African Americans own face an uphill road to recovery.

“It’s a state of disrepair. They need significant support,” said Tara Lynn Gray, director of the California Office of the Small Business Advocate.

Black-owned business operators who are struggling will need all the financial support available to them, Gray told California Black Media (CBM) at a luncheon hosted by the California Black Chamber of Commerce in Sacramento.

(Black businesses) have been disproportionately affected by COVID-19,” Gray said. “Fortunately, the governor has stepped up and provided $2.5 billion dollars in relief funds to all small businesses with priority to the disadvantaged communities of color.”

In February 2020, there were 1 million Black-owned businesses in operation around the United States, according to a University of California at Santa Cruz report.

About six weeks later, after the onset of the global COVID-19 pandemic, the number of Black business owners had dropped to 440,000, a 41%, reduction. Many of them had to shut down their businesses for good.

During the same time, only 17% of white proprietors had to shut down their businesses, UC Santa Cruz research shows. Overall, nearly 4 million minority-owned U.S. firms, whose annual sales total close to $700 billion, shuttered because of COVID-19.

But despite the grim statistics, a number of small business advocates say there is financial help available both at the state and federal levels for most business-owners.

During a news briefing hosted by Ethnic Media Services last month, speakers discussed how small businesses in California and around the country can emerge from this crisis, catch the wave of what seems to be a gathering economic boom, or continue to tread water to stay afloat.

The main objective of the briefing was helping small businesses, particularly minority owned ones, connect to various sources of funding created to help them recover from the pandemic.

“Let’s make an assumption. If you are allowed to open, and you can open, then therefore you should be able to receive some type of revenue,” Sands said. “What we’ve learned about the pandemic is that most opportunities are coming a second time. If you look at the Paycheck Protection Program (PPP), it came a third time. But it is important for businesses to apply.”

The Paycheck Protection Program (PPP) is a federal revenue replacement program designed to sustain small business jobs during the ongoing public health and economic crisis. May 31 was the last day for small business owners operating in low-income neighborhoods to apply for the third round of PPP loans.

In California, Lendistry helped thousands of small businesses secure loans and grants during the pandemic. Funded by the State of California through the California Office of the Small Business Advocate, Lendistry, was the state-contracted administrator of the program that administered six rounds of grant funding for non-profits and underserved businesses.

Sands was one of the guest speakers along with U.S. Congressman Ro Khanna (D-CA-17), a member of the Congressional Small Business Caucus, and Virginia Ali. Ali owns the nationally renowned restaurant and Black-owned small business Ben’s Chili Bowl in Wash., D.C.

Sands said before the virus surfaced, minority businesses were already in a “financially precarious position” with strained resources. Small businesses had limited access to capital, he said, and they lacked the infrastructure to apply for loans or contracts and many of them couldn’t self-finance in the long term.

But on the cusp of the state and U.S. economies reopening, Sands says it is not too late for businesses to get their financial footing.

“As a result of the American Rescue Plan, most states received roughly $1 billion to help these small businesses increase their revenues” he said.

Of California’s 4.1 million small businesses, 1.2 million (29%) are minority-owned.  ZIPPIA, an online career support company, calculated that 10,287 Black-owned businesses operate in California. According to the June 2020 report by ZIPPIA, titled the “Most Supportive States for Black Businesses,” California ranked No. 4 before the pandemic. Based on data compiled by the United States Census’ Annual Business Survey, California’s Black businesses employ roughly 81,530 people.

Those businesses, owned by many African Americans, were not deemed as essential when a shelter-in-place order was mandated. Now those are the businesses that Newsom intends to help, Gray stated.

“Our governor had a tough choice to make,” Gray said. “You close things down to make sure people are safe. Public health is a serious issue. I applaud him for doing that. Yes, there are consequences to our small businesses. But in the end, look at us now. We have the lowest positivity rate in the nation. Also, it looks like our economy is coming back.”

A survey conducted by H&R Block found that out of 3,000 small businesses, 53% of Black business operators saw their revenues cut in half due to the pandemic as compared to 37% of White owners.

Black-owned small businesses continue to experience disproportionate difficulties, with 35% of Black entrepreneurs reporting that business conditions are worsening. Many say they may not survive the next three months.

While the reopening of the economy signals progress, Sands is encouraging Black businesses to pay attention to Small Business Administration programs (SBA) that include loans, a restaurant relief fund and venture capital investments.

To apply for federal small business funding, Sands says, a company only has to show the sole business’ gross revenue. Applicants won’t be excluded if the proprietor has been a borrower on a defaulted student loan or has a criminal history.

“For amounts less than $150,000, most of the red tape or the bureaucratic process of a loan has been cleared away,” Sands said.

Khanna said more funding is expected to be distributed through the Saving Our Street Act, which would allocate loans of up to $250,000 to businesses with fewer than 10 employees.

Distribution of the money will be based on the racial and gender diversity of the business owners, he said, and it should help the economy get stronger and financially stabilize the country.

“In this next quarter, we’re going to have a pretty good recovery,” he said. “Consumer spending is at 10% growth. I think small businesses are going to come back strong. The problem is a lot of businesses that have had to close may not be able to reopen. And that’s where we have to focus: assisting with debt forgiveness and capital for those businesses that would not survive.”