Opinion: Resisting the Rise of Hatred in the Era of Trump
Advertisement

Opinion - Oaklanders Know What It Takes To Fight the Literacy Crisis 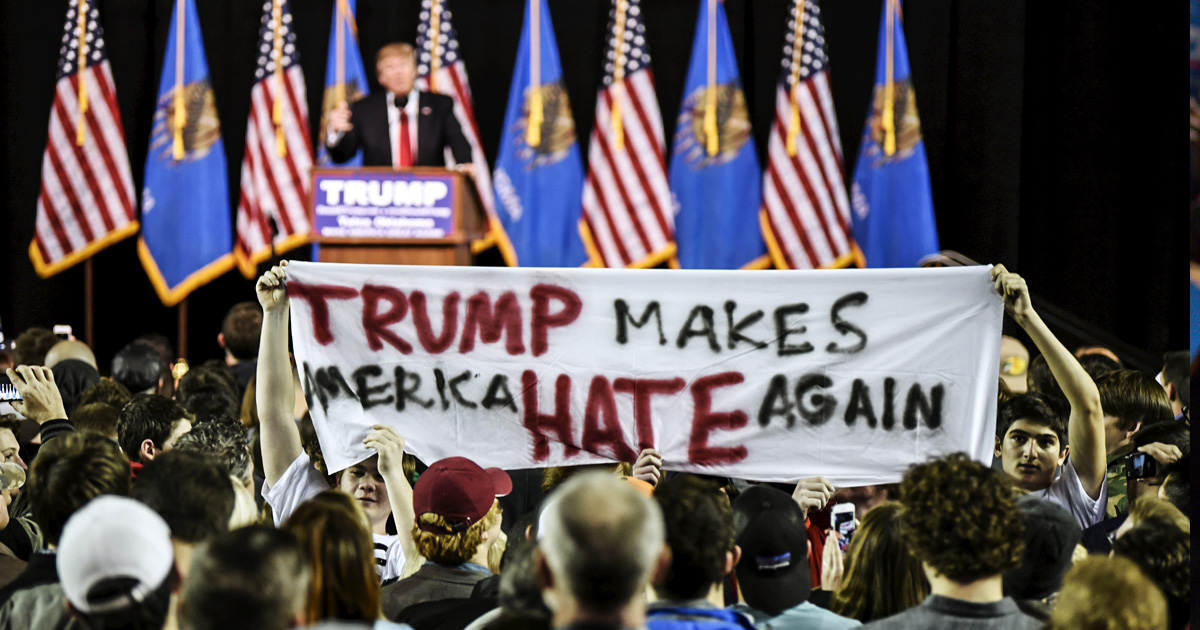 In recent weeks, a disturbing truth has emerged that we can longer sweep under the rug: hate is on the rise [under President Trump] and it’s being fueled by a resurging tide of White supremacy in America.

Since last year’s election, the Southern Poverty Law Center (SPLC) has documented 1,863 bias based incidents. Although these incidents have targeted African-Americans, people of color, immigrants and the LGBT community have also felt the brunt of the rise in hateful aggression.

This should surprise no one.

Donald Trump rode racism and fear to the White House.  He appealed to the fringe elements of Republican extremism and gave White supremacists a signal that it was time to “take their country back.”

This appeal was not a new tactic for the 45th President of the United States.  We must not forget that Donald Trump led the birther movement, claiming that the first African-American president was not born in America, and consistently, over many years, tried to delegitimize President Obama’s presidency.

The resurging tide of hate and aggression was evident throughout the eight years of the Obama presidency. Former Speaker Newt Gingrich called President Obama the “food-stamp president” and Congressman Joe Wilson yelled “you lie” during the State of the Union. And now America is reaping the consequences of the hateful seeds Republicans have sewn for political gain.

We have seen two nooses within one week — one found at the National Museum of African American History and Culture and another near the Hirshhorn Museum on Smithsonian grounds.

A noose inside a University of Maryland Fraternity House, and even a noose found in my congressional district at the Port of Oakland. And who can forget the despicable combination of nooses and bananas recently found on American University’s campus?

Every chilling incident is a reminder that the forces of bigotry are alive and well in the United States of America….

Read the full  article on Essence.