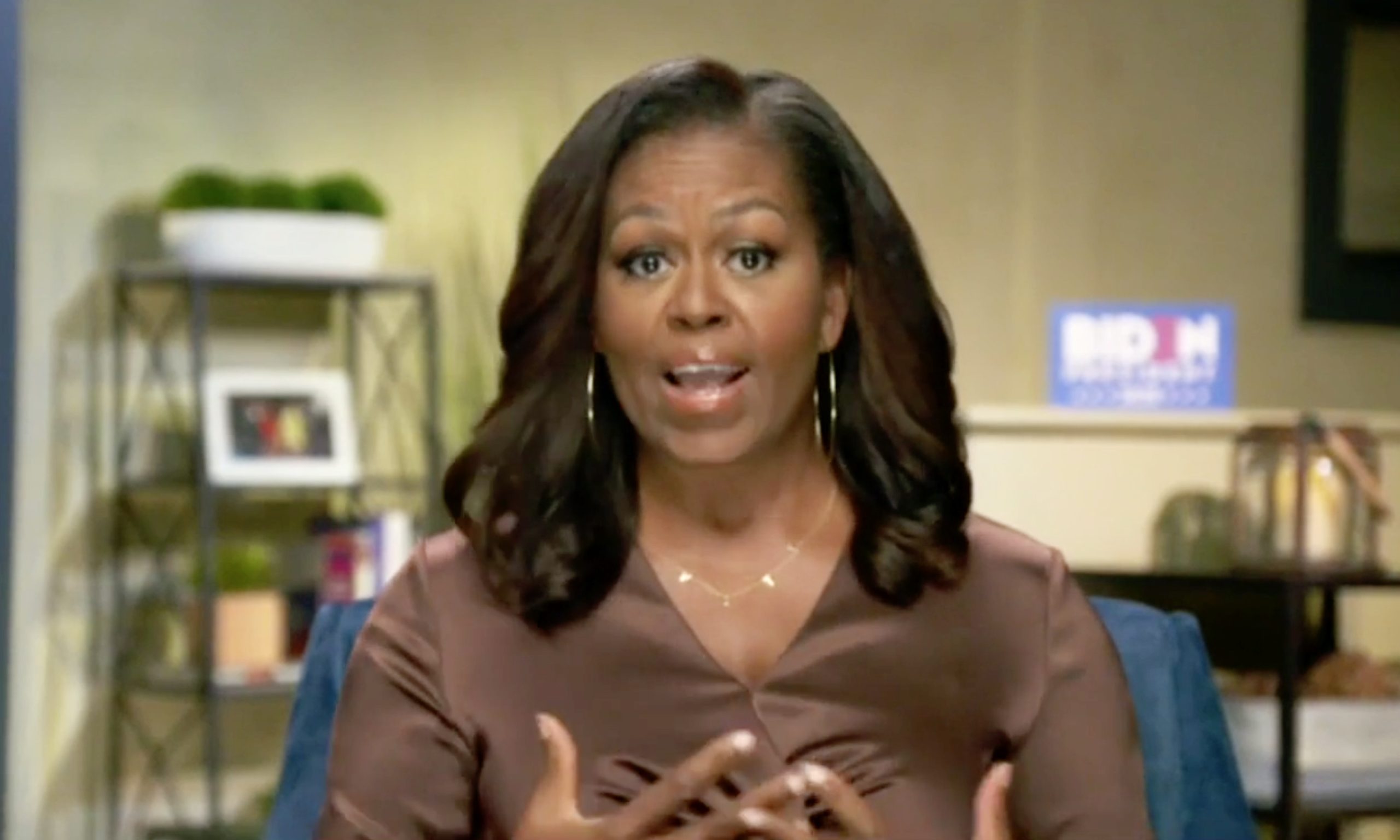 The overall theme for the 2020 Democratic National Convention was “Uniting America.”  It ran four days from Monday, Aug. 17th to Thursday, Aug. 20th.

It was, of course, mostly virtual and originating from Milwaukee, Wisconsin.

The kickoff and Monday’s program theme was “We the People.”

The highlight and closer for the opener was former First Lady Michelle Obama.

She uttered the names of both George Floyd and Breonna Taylor and made reference to “. . . a  never-ending list of innocent people of color continue to be murdered, stating the simple fact that a Black life matters is still met with derision from the nations’ highest office. . . . going high is the only thing that works because when we go low when we use those same tactics of degrading and dehumanizing others, we just become part of the ugly noise that’s drowning out everything else. ”

She added:  “[s]o let me be as honest and clear as I possibly can.  Donald Trump is the wrong president for our country.  He has had more than enough time to prove that he can do the job, but he is clearly in over his head.  He cannot meet this moment.  He simply cannot be who we need him to be for us.  It is what it is.”

“You know I hate politics.  But you also know that I care about this nation.”

“So if you take one thing from my words tonight, it is this:  If you think things cannot possibly get worse, trust me, they can; and they will if we don’t make a change in this election.  If we have any hope of ending this chaos, we have to vote for Joe Biden like our lives depend on it.”

Referencing Kanye West, ” . . . this is not the time to withhold our votes in protest or play games with candidates who have no chance of winning.  We have got to vote like we did in 2008 and 2012. . . We’ve got to vote early, in person if we can.  We’ve got to request our mail-in ballots right now, tonight, and send them back immediately and follow-up to make sure they’re received.  And then, make sure our friends and families do the same.”

And finally, she advises “[w]e have got to grab our comfortable shoes, put on our masks, pack a brown bag dinner and maybe breakfast too because we’ve got to be willing to stand in line all night if we have to.”

Tuesday night’s them was “Leadership Matters”.

Stacey Abrams said  “America faces a triple threat:  a public health catastrophic, an economic collapse, and a reckoning with racial justice and inequality…  In a democracy, we do not elect saviors.  We cast our ballots for those who see our struggles and pledge to serve; who hear our dreams and work to make them real: who defend our way of life by protecting our right to vote.  Face with a president of cowardice, Joe Biden is a man of proven courage.  He will restore our moral compass by confronting our challenges, not by hiding from them or undermining our elections to keep his job.”

“In a time of voter suppression at home and authoritarians abroad, Joe Biden will be a champion for free and fair elections, for a public health system that keeps us safe, for an economy that we build back better than before, and for accountability and integrity in our system of justice.”

“We stand with Joe Biden because this isn’t just about defeating Donald Trump.  We are in this to win for America.  So let’s get it done.” 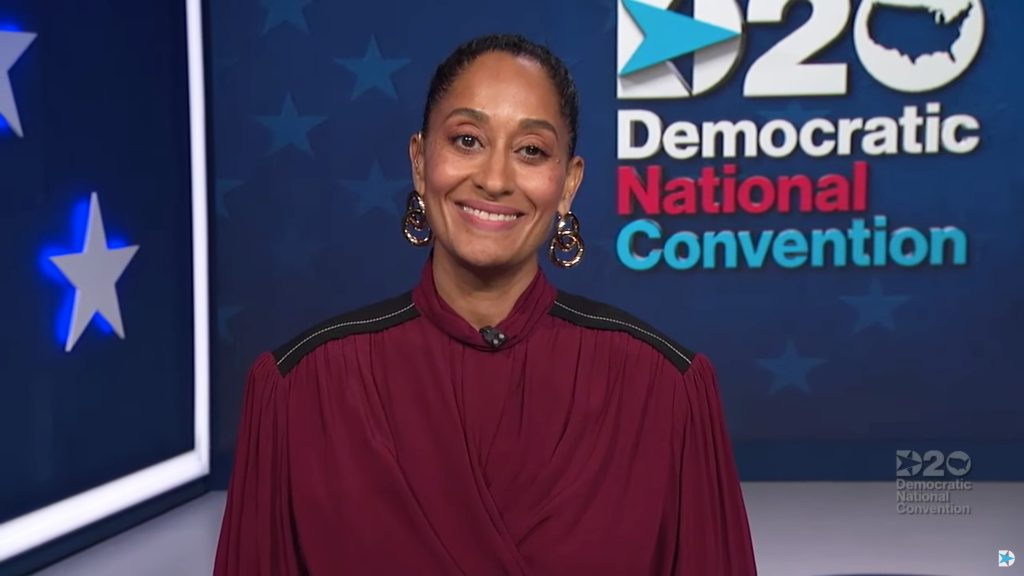 More Perfect Leadership, included remarks by Barack Obama and the Nominating Speech by Maya Harris, Meena Harris, and Ella Elmhoff and Kamala Harris with a performance by Jennifer Hudson.

Barack Obama said:  “[t]onight, I am asking you to believe in Joe and Kamala’s ability to lead this country out of dark times and build it back better.”

She gave a shout out to the Divine 9, Alpha Kappa Alpha, and her HBCU brothers and sisters.  She graduated from Howard University.

She too spoke of George Floyd and Breonna Taylor and ” . . . the lives of too many others to name.”

The DNC concluded on Thursday, August 20 with a theme of  “America’s Promise”.

Atlanta Mayor Keisha Lance Bottoms spoke and said:  “People often think they can’t make a difference . . . every person in the movement mattered — those who made the sandwiches swept the church floors, stuffed the envelopes.  They too changed America.  We have cried out for justice, we have gathered in our streets to demand change, and now, we must pass on the gift John Lewis sacrificed to give us, we must register and we must vote.”

Joe Biden accepted the nomination and quoted Ella Baker:  “[g]ive people light and they will find a way.”

Biden said:  “One of the most important conversations I’ve had this entire campaign is with someone who is too young to vote.  I met with six-year-old Gianna Floyd, a day before her Daddy George Floyd was laid to rest.  When I leaned down to speak with her, she looked into my eyes and said “Daddy changed the world.”

To see videos for each night go to the DNC YouTube page.