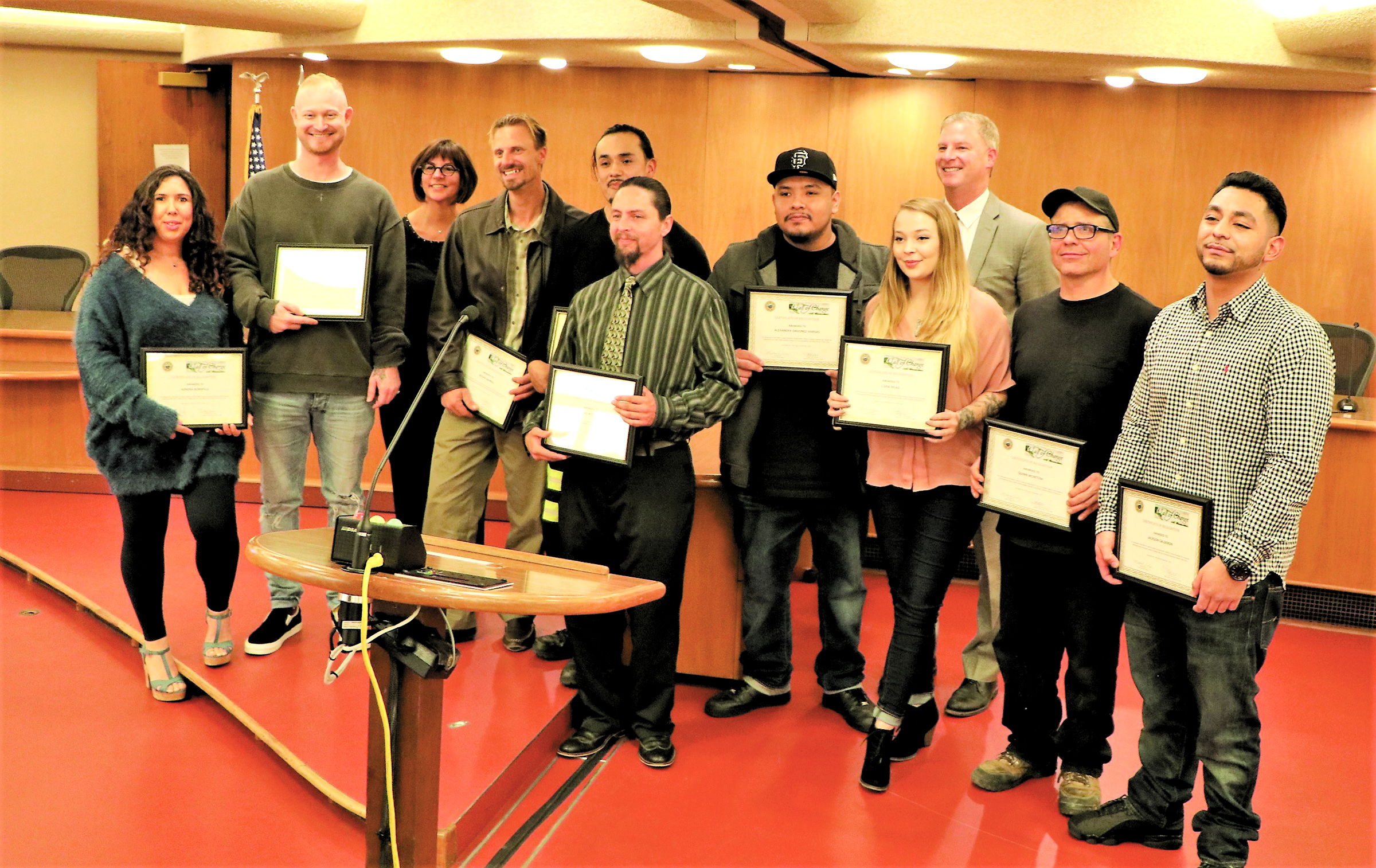 People on probation don’t normally want to have their photo posted up on a wall. But it’s different with Marin County Probation Department and its Wall of Change display.

“It was so nice to see the families show up to support and celebrate the hard work of their loved ones,” Probation Chief Mike Daly said. “It was especially nice for me to hear how grateful they all are for the role our probation officers played in assisting their recovery. Our entire criminal justice team was there. Our (Marin County Superior Court) judges, prosecutors, defense attorneys and probation officers celebrated their success.”

The event in the Board of Supervisors chamber featured motivational speaker and comic Michael Pritchard, who has worked many years with probationers and young people who have experienced extreme personal challenges. Pritchard and several other speakers saluted the Wall of Change honorees for committing to lead safe and sober lives, subsequently leading to stability and personal triumph. The ceremony also marked the debut of a short film about the Wall of Change by Oakland-based filmmaker Vincent Cortez of Mitchell Street Studios.

The Wall of Change is seen by anyone entering the Probation Department office at the Civic Center. It is filled with photos and highly personal short stories – many of them heart-wrenching and emotionally uplifting.
More than 90 percent of convicted felons in Marin County courtrooms are offered a grant of probation as part of their sentence, and many follow up by becoming law-abiding residents and renewing personal commitments with help from the Probation Department. Daly’s staff, along with stakeholders from other County departments and the community, spend countless hours helping probationers get their lives back on track by overcoming abuse, trauma, addiction, and a lack of employment skills.

Daly said the annual Wall of Change event is important because the public needs to hear the good stories coming out of the justice system and understand the efforts the partners in criminal justice who play a role in those successes. The event is designed to inspire new clients and prove that positive results are achievable.

“A rehabilitated person is no longer a public safety threat,” he said. “That’s worth celebrating.”