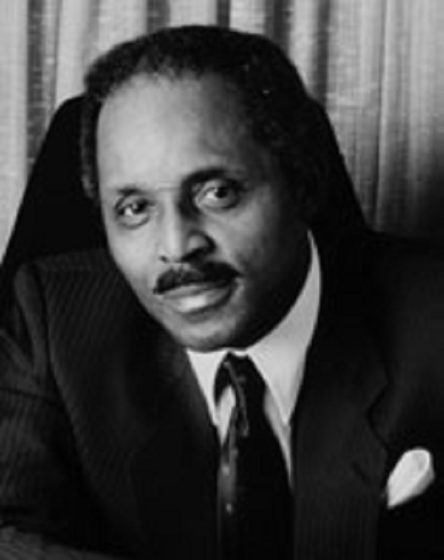 In the United States, Blacks first appeared in ads during the 1870s when so-called ethnic humor was displayed on trade cards. The most upsetting representation was that of abolitionist leader Frederick Douglass. His image was printed alongside his second wife, who was a white woman, taking a product called Sulpher Bitters to lighten her skin.

Blacks were made to appear subservient and ignorant in ads and were the favorites to represent domestic or menial labor, something that needed to change. But first, the barrier to the business side of the industry had to be destroyed.

Vincent Cullers (1924–2003), an Art Institute of Chicago and University of Chicago graduate, boasted an impressive creative portfolio. It drew the attention of agencies in both Chicago and New York City. Work as an illustrator would have been easy to obtain but offers were quickly rescinded when Cullers showed his face. Once he arrived to start work, he was told there was no position open. There were times that he never made it past an agency’s waiting area.

Determined not to allow rejection to control his career path, and inspired by the Civil Rights Movement, Cullers decided to take the entrepreneurial route. In 1956, after freelancing for a few years, Vince Cullers Advertising opened in Chicago. His goal was to present images of Blacks in a positive light, and to educate and employ more Blacks in his agency.

The first African American to open a full-service advertising company, Cullers would later become a pioneer of ethnic/targeted/multicultural advertising in the United States.

During an interview with the “Chicago Tribune,” Tom Burrell, of Burrell Communications Group, said there were “rarely any Blacks to be seen in advertisements up until that point … He established the template for targeted marketing in this country.”

That first year, the agency billed less than $10,000. But by 1968, Vincent Cullers Advertising landed its first major contract: Lorillard, Inc., the maker of True and Kent cigarettes. For the campaign, Cullers jettisoned the idea of creating an ad to please what he called “a Black white person,” and instead featured a black man dressed in a dashiki.

This was during the time when the Black Power Movement was at its peak. Dashikis were commonly worn as a display of Black pride. Thus, the next campaign was no surprise: Johnson Products commissioned the creation of ads for its Black  hair care product Afro Sheen. By the late 1990s, the agency boasted a staff of 25 and reported annual billings totaling $18 million.

Cullers’ son Jeffrey took over the agency in 2002 when Vincent retired. The elder Cullers passed away in 2003.

OPINION – Will The 2020 Census Change the Course of History for the Black Community?