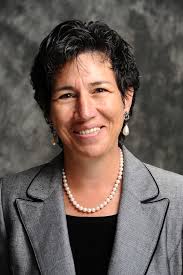 Under current California law, all public notices must be published in newspapers.

Signed into law in Sept. 27, 2016 by former Gov. Jerry Brown, the goal of the legislation is to make sure citizens are aware of the activities of their government.

But two new bills making their way through the state legislature are threatening to change that.

Another bill that Assemblyman Bill Quirk (D-Hayward) introduced would allow transit districts in Alameda and Contra Costa counties to post all “ordinances and notices” on the district’s internet websites.

The California Newspaper Publishers Association says it is watching the bills closely.

“While the Internet is a great resource for information, public notices have been and remain most effective in newspapers. Newspapers are the watchdogs of their local communities and can most effectively monitor the actions of their respective local governments,” the CNPA website reads. “Public notices don’t just keep local residents informed. They also hold public officials and agencies accountable.

Additionally, public notices in newspapers are permanent records that cannot be altered or deleted.

Neither bill has been assigned to a policy committee in the Assembly but both are expected to be heard for the first time in March.