Oakland Port Scale, a small business that provides 24-hour truck scales, bathroom facilities and a convenience store for truckers and longshoremen at the Port of Oakland, will have to close its operations in October if the port cannot provide a more permanent location for the business.

The local business received an eviction notice from the port a few weeks ago, and negotiations to resettle the business somewhere else on port property fell through after the company requested that they be provided a longer-term lease that would give it some stability.

The port has only been willing to offer Oakland Port Scale a month-to-month lease.

According to West Oakland community leaders, the 24-hour business has been vital in providing services that keep dozens of large trucks off West Oakland streets ever day and reduce traffic pollution at the port.

The company’s efforts were also recognized this week when it was certified as a Bay Area green business by the California Green Business Program for following environmentally friendly practices.

“Our whole mission is to be close to the port to keep trucks out of West Oakland,” said Bill Aboudi, co-manager of Oakland Port Scale (OPS).

“If we shut down, then we’re dragging all those trucks through the community looking for a shower or something to eat,” he said.

On average, 180 truckers use OPS scales and 500 people visit their mini-mart per day, said Aboudi.

According to Aboudi, the port met with OPS last week to reopen negotiations on a lease on port property, but once more failed to secure a deal on any lease longer than month-to-month.

Due to projected moving costs amounting to $300,000, the possibility of OPS having to move again in the near future would be economically unfeasible for the small business.

The two parties reached a mutual agreement that the business would vacate the property by Oct. 15.

Mike Zampa, director of communications for the Port of Oakland, told the Post that the 24-hour truck scales and mini-mart’s departure would not result in migration of truck traffic to West Oakland neighborhoods.

“Our feeling is that truckers can find what they need within the port property and we don’t foresee them migrating into the community,” he said.

The services currently at the port, however, are not located in one convenient area like they are at OPS.

Furthermore, other services that OPS provides, such as showers and laundry machines, are not available for truckers and longshoremen at the port.

“I’m not sure how necessary the showers are anyway, since most of the truckers are just coming in and out,” said Zampa.

According to Brian Beveridge, co-director of the West Oakland Environmental Indicators Project, the conflicts between the port and small businesses continue to happen “because the port has never had a comprehensive plan to accommodate trucks and the needs of truckers.”

“It’s not surprising that trucking and warehousing have had a heavy impact on West Oakland,” he said.

Black, Indigenous, Hispanic and Asian American small business owners in Oakland can apply for a $10,000 grant from the Comcast RISE Investment Fund, which will issue 100 grants for a total of $1 million. 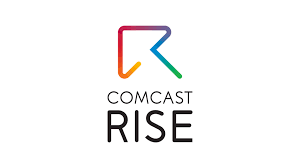 Black, Indigenous, Hispanic and Asian American small business owners in Oakland can apply for a $10,000 grant from the Comcast RISE Investment Fund, which will issue 100 grants for a total of $1 million.

• Have established business operations for 3 or more years

• Be based within Oakland, California city limits

The Investment Fund is the latest extension of Comcast RISE – which stands for Representation, Investment, Strength, and Empowerment – a multiyear, multi-faceted initiative launched in 2020 to provide people of color-owned small businesses the opportunity to apply for marketing and technology services from Comcast Business and Effectv, the advertising sales division of Comcast Cable. If a business is not eligible for the Comcast RISE Investment Fund, applications are also open for marketing and technology services. In fact, 228 businesses in California have been selected as Comcast RISE recipients.

“Like many others, my small business was impacted by the pandemic. Thanks to the Comcast RISE program, I can reach new audiences,” said Judi Townsend, owner of Mannequin Madness and Oakland resident. She has benefited from the program twice, once with the production and placement of a TV commercial and then with a technology makeover.

“The application process was much more straight forward than other grants. I encourage my fellow eligible business owners to apply for the grant and the other benefits.” To help drive outreach and awareness about Comcast RISE and provide additional support, training and mentorship, Comcast has also awarded a $50,000 grant to the Oakland Metropolitan Chamber of Commerce.

“The economic effects of the global pandemic have been felt worldwide, including significant impacts here in Oakland,” said Barbara Leslie, President & CEO, Oakland Metropolitan Chamber of Commerce. We know that our small, local, woman-owned and Black, Indigenous and People Of Color businesses – who are responsible for creating the beautiful tapestry we call home – have been disproportionately impacted by COVID. We applaud Comcast’s vision, through the Comcast RISE Investment Fund, to ensure that small businesses that exist today can be a part of Oakland’s economic and social fabric both tomorrow and for many years to come.”

Comcast RISE is part of a larger $100 million Diversity, Equity and Inclusion initiative that Comcast launched last year. In June 2020, Comcast NBCUniversal announced the development of a comprehensive, multi-year plan to allocate $75 million in cash and $25 million in media over the next three years to fight injustice and inequality against any race, ethnicity, gender identity, sexual orientation or ability.

Grant recipients will also receive a complimentary 12-month membership to the coaching program from Ureeka, an online platform for entrepreneurs, to help them build skills, gain more customers and become financially stable. Eligible businesses can apply online at www.ComcastRISE.com from October 1 through October 14, 2021 for one of the 100 $10,000 grants. More information and the applications to apply for either the grant program or the marketing and technology services are available at www.ComcastRISE.com.

The merger is subject to regulatory and other approvals but is expected to be effective July 1 of next year. Mills College, once an all-women’s college, will then be gender-inclusive and known as Mills College at Northeastern University.

The merger was prompted by financial troubles brought on by declining student enrollment, Mills College President Beth Hillman said. She said the merger provides excitement, relief, and a sense of hope for what’s going to come next.

Faculty and staff will as a next step work together to develop the curriculum for undergraduate and graduate studies at Mills. Mills officials said the graduate and undergraduate programs will be relevant to employers and students.

Faculty and staff will also be collaborating on the development of a Mills Institute, which will promote women’s leadership and empower first-generation students, among others.

College officials said until the merger is complete, Mills will continue to be an accredited degree-granting college led by the current administrators. They said Mills in the coming weeks will answer questions and provide more information about the merger.

Northeastern and Mills will be working to tend to the financial needs of Mills, which may now be able to pay more competitive wages to faculty and staff.

Staff who are employed at Mills College on June 30, 2022, will become employees of Northeastern University following that date.

A judge last month blocked the merger between the two institutions and granted a Mills College alum and voting member of the board of trustees Viji Nakka-Cammauf access to information on the college’s financial condition.

At a hearing Monday, the judge ruled Mills College complied with the court’s ruling and allowed the board of trustees to vote on the proposed merger.

“Northeastern has consistently demonstrated that it respects and values the vital contributions that Mills offers, voicing strong support for integrating the powerful mission of Mills through the Northeastern network,” Board of Trustees Chair Katie Sanborn said in a statement. “The Board sees the merger as a positive step forward that will enable the legacy of Mills to endure.”

But Alexa Pagonas, vice president of the Board of Governors for the Alumnae Association of Mills College, said not everybody is happy with the decision.

“Many Alumnae and those in the Mills community are disheartened that the trustees decided to forego their fiduciary duties by blindly voting to approve this merger without a full and clear picture of Mills’ financial situation or a finalized term sheet as it relates to the deal,” Pagonas said.

“Dr. Viji Nakka-Cammauf will continue to do everything in her power to uphold her fiduciary duties to the entire Mills community and protect the legacy of the College,” Pagonas said.