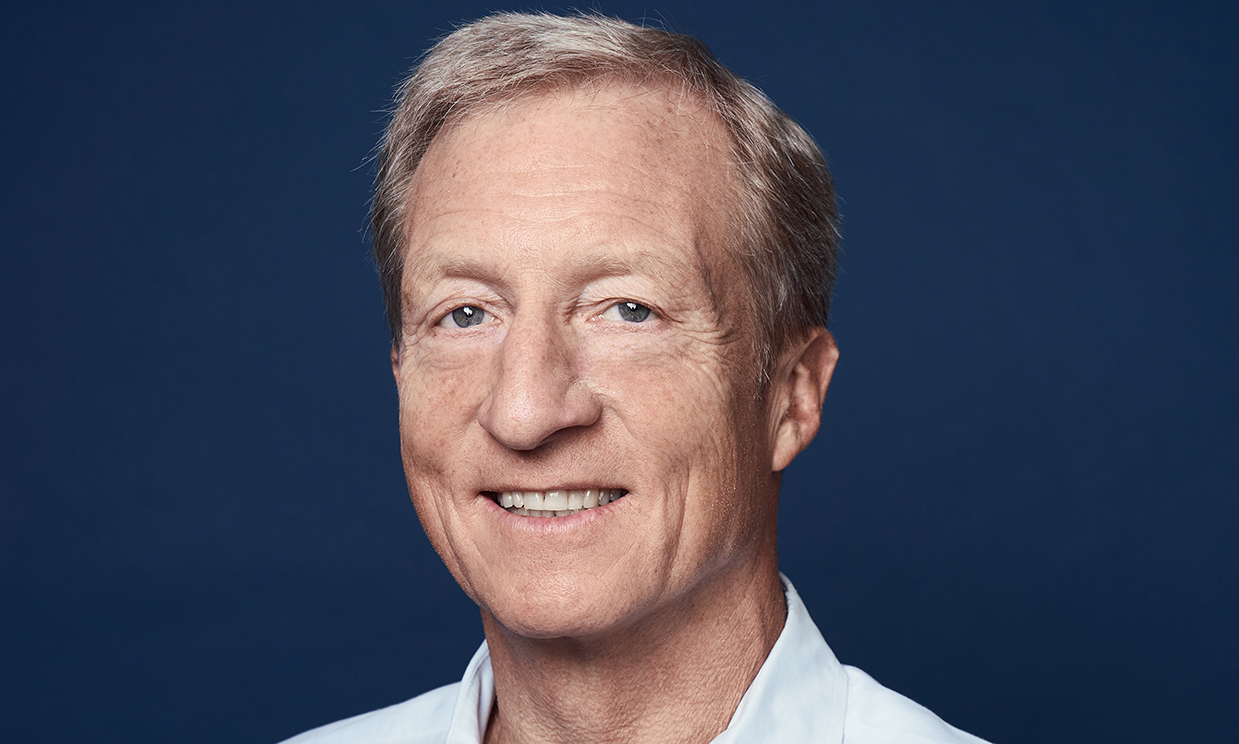 One percent-er Tom Steyer, who made his fortune as a hedge fund manager, cares about the 99%ers and is woke and doing something about it.

Now an activist, Steyer says “[t]he issues of economic, racial, and environmental justice keep me focused and determined, and I’ll never stop working toward them . . . [t]he establishment has failed many hard-working people.  If we don’t call it out, nothing will change.”

He ran for president of the United States in 2020 and now is doing everything within his power to get the presumptive Democratic nominee, Joe Biden, elected, and defeat the sitting president.

Steyer says, “I am more passionate than ever about spending all my time and money to change the political neglect in this country.”

According to politico.com, the focus topics of the task force are “climate change and innovation; banking and housing; workforce equity and food insecurity; the economic recovery; and small businesses.”

O’Leary says of  Steyer that he is “ . . .  an incredible doer.  He gets things done, and he’s dogged in his approach to doing it.”

Steyer is not a “Johnny come lately” to the #BLM movement and helping women and business owners of color. 15 years ago he founded Beneficial State Bank, a community development bank in Oakland, after learning about the discrimination Black business owners experience with mainstream banks.

Beneficial State Bank is “dedicated to the ideas of economic justice, environmental sustainability, and supporting businesses owned by women and people of color.”

Steyer’s net worth is estimated at more than $1 billion and he and his wife signed “The Giving Pledge” (along with Warren Buffet, Bill and Melinda Gates and others) in 2010, vowing to donate half their fortune to charity during their lifetime.

“The idea of shared prosperity is not new to me,” Steyer said. “Health and safety remain the most important points.”

The task force published and signed a letter shared below on June 15, 2020, “an equitable recovery for California and the Nation:”

“We are business, labor, non-profit and philanthropic leaders and elected officials from across California, tasked by Governor Gavin Newsom with charting a path toward economic recovery from COVID-19.  We write this letter as a collective acknowledgment that there can be no recovery until the state and the nation value Black lives. . . . taking a stand against racism is not just a moral imperative for our collective future, but an economic one. . . . . California is the world’s fifth-largest economy . . .  [the task force] pledge to: