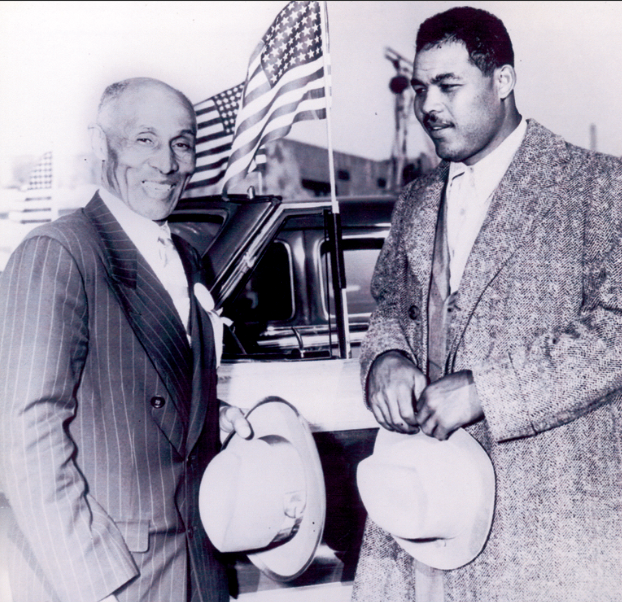 As we prepare to celebrate the birthday of the Rev. Dr. Martin Luther King, Jr. and the beginnings of Black History month in February, it is important and instructive that, as we appreciate the present growth of political achievements, we know the roots of the bay area’s local African American political organizations.

Washington J. Oglesby was the first African American to run for public office in the Township of Oakland and in Alameda County.

In 1918 Frederick Madison Roberts, a Republican from Los Angeles, was the first African American elected to the California Legislature. His opponent campaigned with the slogan that he was running against a “nigger.”

Roberts, one of the first African Americans elected to a state legislature west of the Mississippi, served eight terms and became known as the “Dean of the Assembly.” He was defeated in 1934, by the legendary Augustus “Gus” Hawkins.

Hawkins rode the Democratic wave from President Franklin Delano Roosevelt’s 1932 election which saw a major exodus of African Americans from the Republican Party.

Even though Roberts was elected as a Lincoln Republican with a distinguished record of scholarly achievements, he was considered a “race man” (Black Nationalist.)

I especially want African Americans in California to understand the economic, political, and social struggles experienced by the first wave of Black migration to the state.

Roberts, along with his brother William, inherited the A.J. Roberts and Son Funeral Home, which was one of the state’s first African American enterprises. Roberts was the owner and publisher of the American Eagle, an African American weekly. He was actively engaged in fighting intolerance and racial segregation.

He co-sponsored anti-lynching legislation with assemblyman William “Bill” Knowland who also was the publisher of the Oakland Tribune.

His legislative successes also created the University of California at Los Angeles. Thomas L. Berkley, founder of the Oakland Post and the first Black Port Commissioner, graduated from UCLA in 1938.

Roberts sponsored legislation that doubled fines to businesses that discriminated against minorities.

He married Pearl Hines Roberts in 1921. She was raised in Tulare County and later she and her family relocated  to Oakland.

In 1918, she graduated from Oakland High school. She later studied classical music at the Boston Conservatory of Music.

Roberts graduated from Los Angeles High School and is believed to be its first African American graduate. He attended the University of Southern California and graduated from Colorado College.

In 1908 he edited the Colorado Springs Light newspaper. He became the President of the Mound Bayou Normal & Industrial Institute, in Mississippi. Mound Bayou, an all-black town that was founded in 1887 by former slaves.

In 1912, Roberts returned to Los Angeles, where he founded and edited The New Age Dispatch newspaper until 1948. On July 19th, 1952, Roberts died in an automobile accident in route to the Republican State party convention.

(This narrative is an excerpt from Virtual Murrell’s book “I had an Angel on my Shoulder”. All rights are reserved)

Black Press of America Expands and Innovates in 2020 via NNPA