by Lyndia Grant
Special to the NNPA from The Washington Informer

The economy in America is much better today than it was 7 or 8 years ago! There is an upswing evidenced by new homes and businesses being built; people are spending more money now, and there is definitely new growth.

Deitrick further asserted, “President Obama has achieved a 6.1 percent unemployment rate in his sixth year, fully one year faster than President Reagan did.

“We forecast unemployment will fall to around 5.4 percent by summer, 2015.  A rate President Reagan was unable to achieve during his two terms.”

These improvements in the economy do exist, which means millions are now getting their lives back again. On the other-hand, there are tens-of-thousands of you who have storms of life issues raging; you’ve lost homes, you’ve lost loved ones, or you lost your job and you’re living with relatives or friends. Things just have not been the same for you for one-reason-or-another for years now. And to you, it may feel like God has forgotten about you.

Be very careful with how you think. Happy, loving and caring thoughts are of God, but the dark side is not; and when that negative thought pattern continues for long periods, that thinking can be detrimental; so ‘shake the devil off!’

There is a scripture, Ephesians 6:12, which says: “For we wrestle not against flesh and blood, but against principalities, against powers, against the rulers of the darkness of this world, against spiritual wickedness in high places.”

Folks, when we allow negative thinking to persist, it is often catastrophic. According to data collected by The Centers for Disease Control and Prevention (CDC), in 2013, mortality in the U.S., including deaths by suicide, ranked higher than cancer and heart disease-related deaths, and accounted for more years of life lost than any other cause of death, because many were so young. The CDC statistics shows 41,149 suicides were reported, making suicide the 10th leading cause of death for Americans.

Here is where I’d like to encourage those of you who are feeling downtrodden: keep your hand in God’s hand. It really doesn’t matter what’s going on; the Lord will fix it for you.

Don’t allow your dire circumstances to cause you to take your own life, and watch out for your teen-age children, too; there are so many of them hurting, as well. No storm continues to rage; the winds will subside; clouds will clear; and the sun surely returns, so use mother earth’s model. Green grass grows after much rain; but those who take their own lives – well that will be forever.

Like the lyrics from my favorite Shirley Caesar song, which says, “He’ll Do It Again!” It says, “You may be down and feel like God has somehow forgotten that you are faced with circumstances you can’t get through. But now it seems that there’s no way out and you’re going under; God’s proven time and time again He’ll fix it for you.

Spiritually Speaking: Better Him Than Me 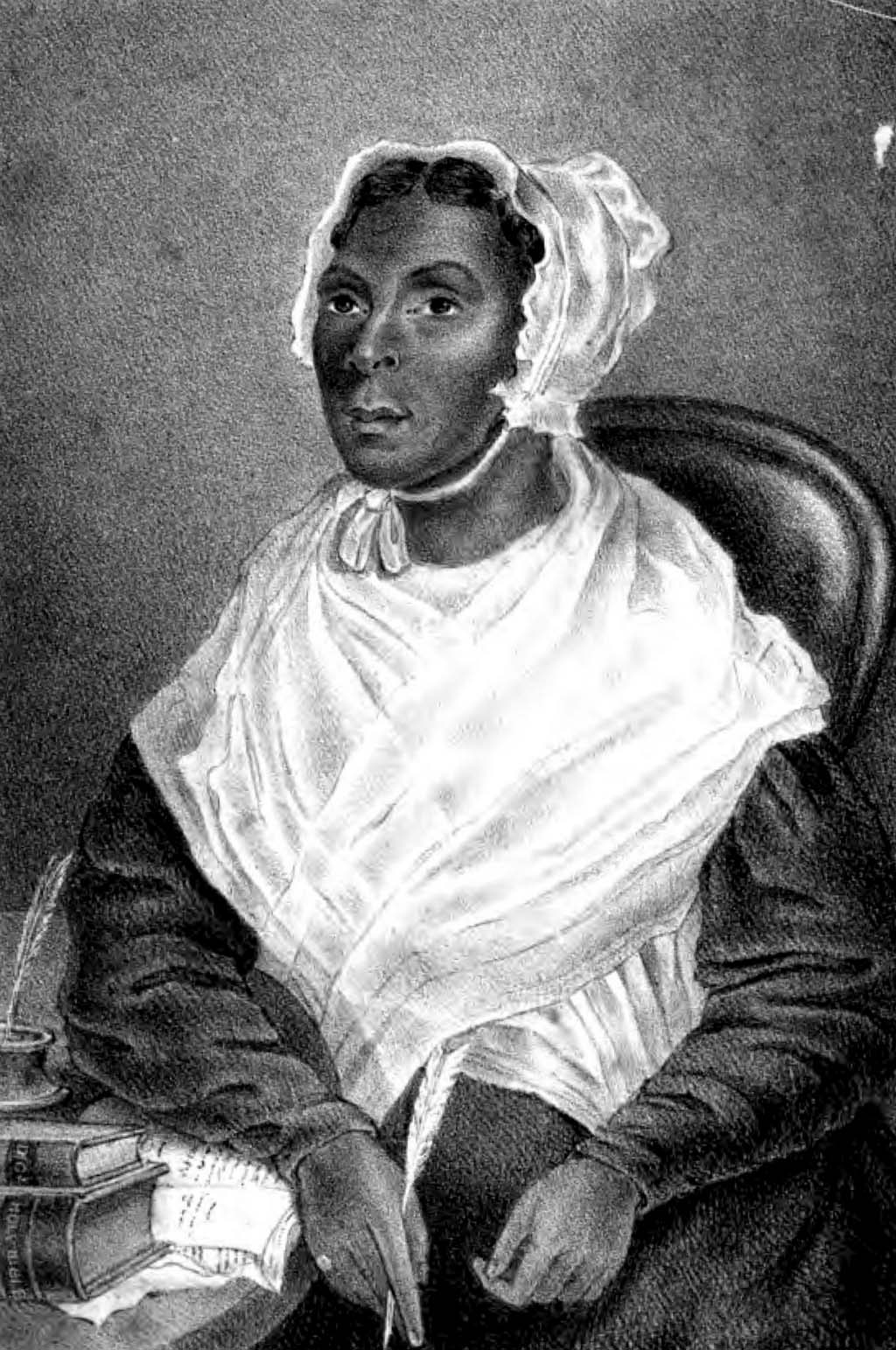 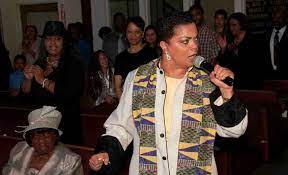 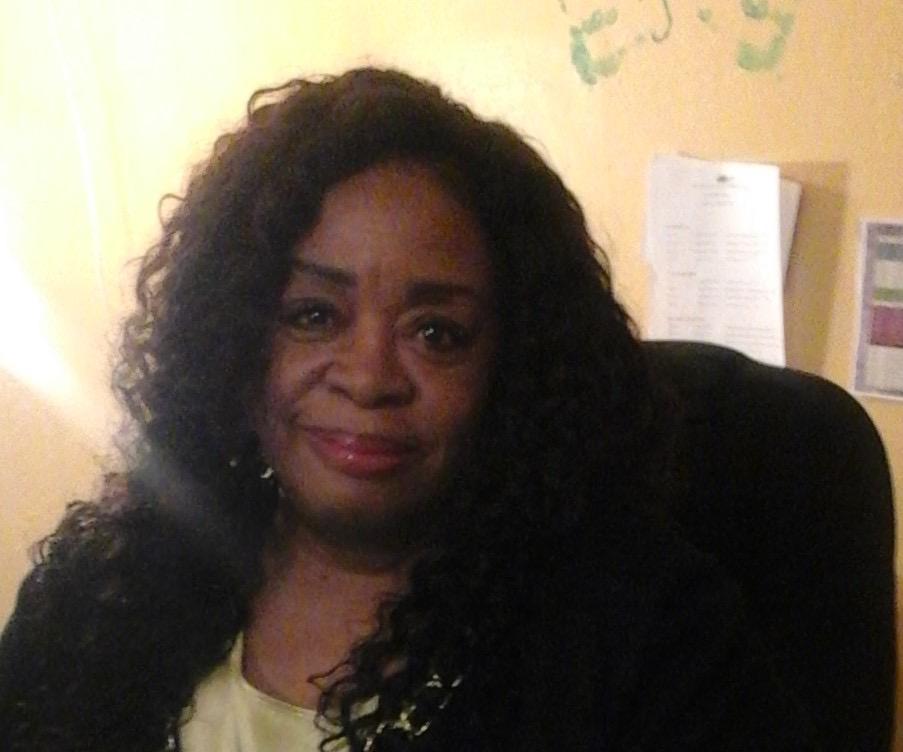 Pastor Phyllis Scott, founder and senior pastor of Tree of Life Empowerment Ministries church, has been elected to become the first woman pastor to hold the position of president of the Pastors of Oakland Association.

Pastor Scott brings 17 years of pastoral leadership experience in the city of Oakland.

She said, “given the times that we live in now where we are being challenged daily by the COVID–19 pandemic, racism, poverty, homelessness, closed schools, closed houses of worship and racially motivated violence, we need a vision for the Pastors of Oakland that unites us in bringing about the Shalom of the city through our interfaith solidarity and community awareness.”

Scott told the Post that the association is a body of Pastors that reflect the city’s diverse cultures.  “We are an association made up of men, women, Black, Brown and Asian brothers and sisters, all with one thing in common. We know that Jesus Christ is LORD.”

“I am very appreciative of the community efforts and leadership of Oakland City Council President Nikki Fortunato-Bas, Councilmember Carrol Fife and the Black Housing Union promoting unity, solidarity and peace in the streets of Oakland,” said Chambers who is pastor of West Side Missionary Baptist Church

More than 50 cars paraded last week in a caravan of support for Asian residents who have been recently targeted for violence. Left to right, Oakland City Council President Nikki Fortunato Bas is shown with Michelle Myles Chambers, Rev. Ken Chambers, and District 3 Councilmember Carroll Fife who called for community support

Last Saturday, members of the Interfaith Council of Alameda County (ICAC) joined with Oakland City Councilmember Carroll Fife, who organized a broad-based community demonstration of support for the Asian residents that have recently suffered violent attacks since the outbreak of the COVID-19 pandemic throughout the country.

Besides the name-calling and other overt and subtle racism that have arisen with the encouragement of former Pres. Donald Trump, at least 20 attacks and robberies have occurred in Oakland’s Chinatown since the New Year, mostly targeting women and elders.

To support Oakland’s Asian businesses and residents, Fife and ICAC organized a caravan demonstration of support of about 50 vehicles. They started in DeFremery Park and wended their way up 14th street and over Webster street to the heart of Chinatown at Ninth street where they were greeted informally by about 25 business owners who showered the demonstrators with tea and snacks.

District 2 representative and City Council President spoke from the back of a pick-up truck where she was briefly joined by Fife.

The caravan then continued, passing Laney College and then up International boulevard to China Hill by San Antonio Park, traveling through a section of Oakland’s Little Saigon.

Although this is the only event of its kind planned at this time, ICAC President Rev. Ken Chambers said he hoped that a more formal meeting between the Asian and Black communities can be arranged in the future.

“I am very appreciative of the community efforts and leadership of Oakland City Council President Nikki Fortunato-Bas, Councilmember Carroll Fife and the Black Housing Union promoting unity, solidarity and peace in the streets of Oakland,” said Chambers who is pastor of West Side Missionary Baptist Church.

“I am saddened by the tragic events that happened in Oakland Chinatown, yet very happy for the leadership of Councilmember Carroll Fife in organizing last Saturday’s caravan of solitary throughout the Oakland communities,” said Rev. Thomas Harris, pastor of Pleasant Grove Baptist Church and a founding member of ICAC.

Michelle Chambers, director of the FAITHS Program of the San Francisco Foundation, said she would send an announcement of the demonstration of support for Oakland Asian residents to other faith-based institutions in the five Bay Area counties that are members of the FAITHS program to encourage expanded support for the Asian population in the Bay Area.