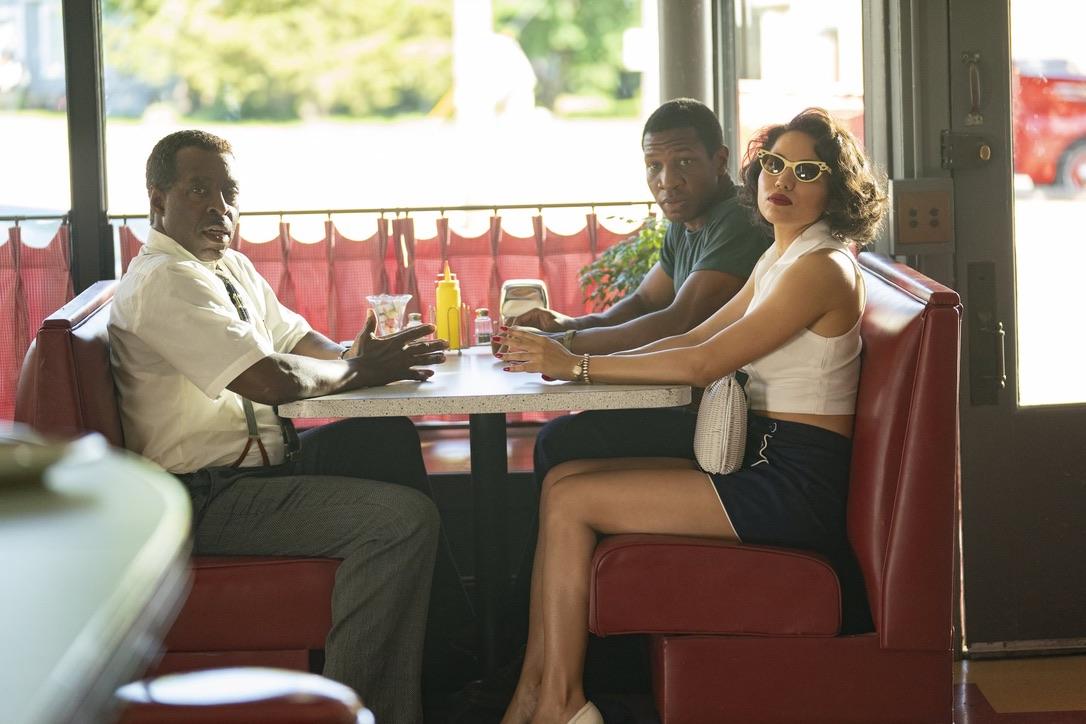 A scene from the HBO show “Lovecraft Country.”Courtesy from HBO publicity shot.

In the Aug. 16 premiere of the HBO show “Lovecraft Country,” created by Misha Green and based on the novel of the same name by Matt Ruff, the main characters drive past a sign that reads “[N-word]s, don’t let the sun set on you here. Understand?” Towns that banned African Americans in the mid-20th century would, either formally or informally, put up intimidating signs like that at the town limits to remind Blacks passing through that they were not welcome.

These places, known commonly as “sundown towns,” existed across the nation. Many of them were in California, too.

The memory of sundown towns re-entered our collective cultural conscience recently as incidents of police brutality have pushed people to speak out against racism. The book “Sundown Towns: A Hidden Dimension of American Racism,” written by sociologist James W. Loewen, was originally published in 2005.

In the preface of the re-printed 2018 edition, Loewen noted that while sundown towns are on the decline, some former sundown towns have shifted from overt to systemic racism through policies such as “Driving While Black policing.” He cites the shooting of Michael Brown in Ferguson, Mo., as an example.

There is a widespread misconception that sundown towns were mostly concentrated in the Deep South and Midwest, as depicted in Lovecraft Country’s first episode of the series, which was set along the highway route from Chicago to Massachusetts.

These towns are categorized on the website as either possible, probable, or surely, as it is difficult to categorize “sundown towns” because of varying degrees of explicitness in their approaches to discouraging African Americans and other non-white visitors.

Evidence listed on Loewen’s website includes census records and anecdotes submitted by citizens or discovered through research. The anecdotes listed include alleged cross burnings and other threats towards Black homeowners, and alleged expulsions of entire ethnic groups. Though many sundown towns have strong oral histories, with residents and locals confirming their existence, sundown ordinances were usually not part of a city’s records.

Loewen wrote, “I read at least 300 local histories — some of them elaborate coffee table books — about towns whose sundown histories I had confirmed via detailed oral histories, but only about 1% of these mentioned their town’s racial policies. In conversation, however, the authors of these commemorative histories were often more forthcoming, showing that they knew about the policy but didn’t care to disclose it in print.”

In her book “Wandering in Strange Lands,” author Morgan Jerkins spoke with a woman named Rachelle, who shared her memories of sundown towns in Los Angeles County. “I can remember when a Black person had better not go to Glendale or Culver City and be there after five o’clock.”

In addition to African Americans, other ethnic groups were also excluded from cities. In 1885, about 320 Chinese Americans were expelled from Eureka, Calif., after a Chinese man accidentally shot a city councilman.

According to an article in the North Coast Journal, multiple towns around Eureka followed suit, and Chinese Americans were expelled from an estimated 40 communities in Northern California in 1885 and 1886.

According to Chapter 14 of Loewen’s book, “Sundown Towns Today,” California has integrated its communities more than other states with historic sundown towns, with many cities eliminating discriminatory laws and removing warning signs.

In 2017, the National League of Cities (NLC) announced a collaboration with the Center for Social Inclusion to help local government officials advance racial equity in their cities. The mission of NLC’s Race Equity and Leadership Initiative is to “strengthen the knowledge and capacity of local elected officials to eliminate racial disparities, heal racial tensions and build more equitable communities,” according to their website.

However, racial animosity still exists as shown by the multiple Black Lives Matter protests that have occurred in the state since May. In a time of civil unrest and calls for revolution, history is revealing and asserting itself.

“Sundown towns have never gone away,” wrote Jerkins in a recent article. “As long as Black people have stories of what has happened to them or others for being in the wrong place at the wrong time, and as long as White people terrorize Black people who move into their neighborhoods, or create laws to restrict them from living there in the first place, sundown towns will always be a part of the fabric of American culture.”