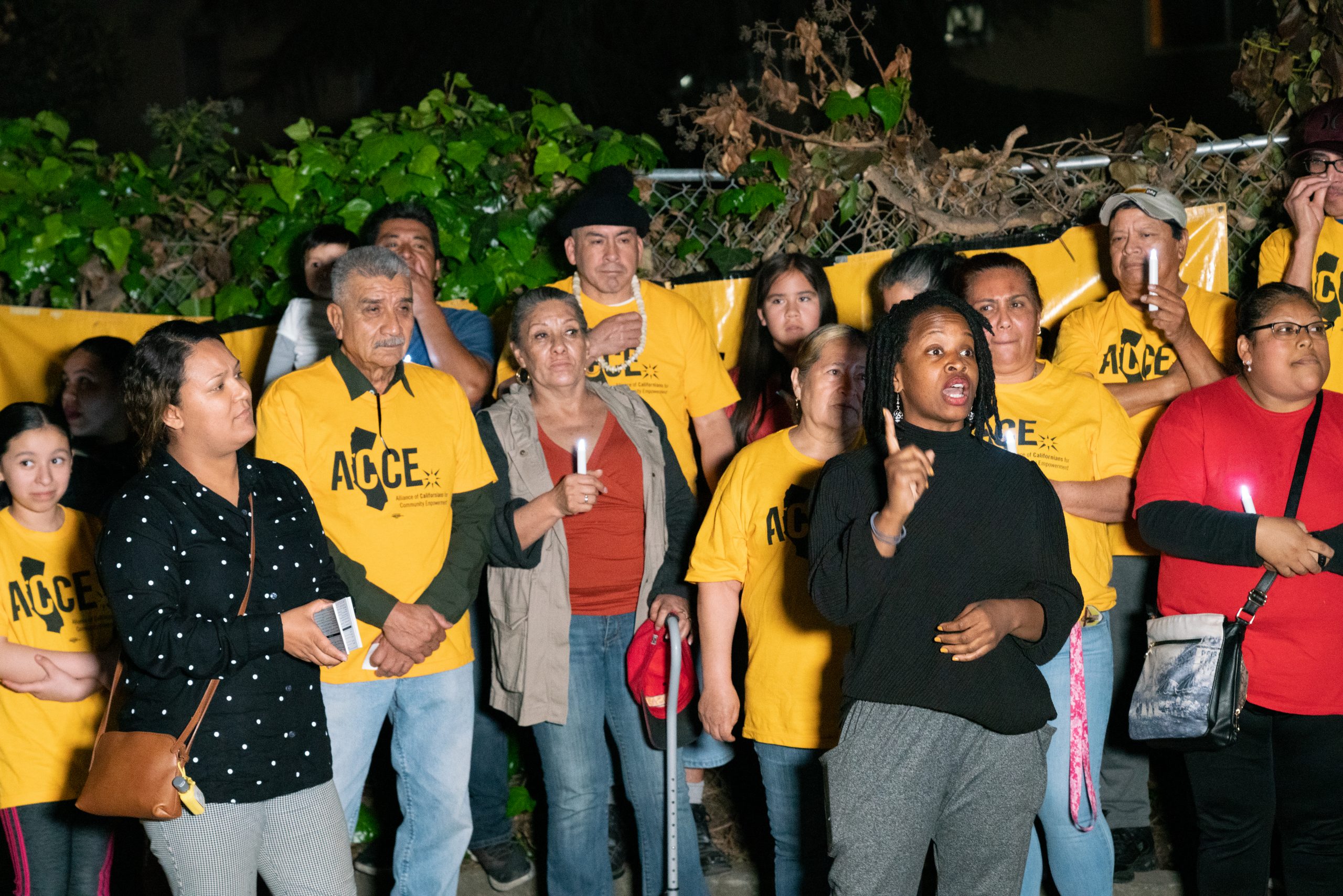 After four months of not paying rent in a unified strike, tenants at a Fruitvale district apartment building in Oakland celebrated on Thursday, Feb. 27, 2020, after receiving notice the landlord was ready to negotiate a sale.

Oakland Community Land Trust will negotiate the purchase of the building. If an agreement is reached and the building is sold the tenants wish to become owners of the property.

Due to what the tenants expressed as poor maintenance of the building and regular rent increases, some of the tenants stopped paying rent in November 2019 in a unified attempt to get the owner to sell the building.

Seeking to build a statewide and national movement, Director of Alliance of California for Community Empowerment (ACCE) Carroll Fife spoke with the residents  on February 27 to give a formal update.

“We are starting a renaissance of housing resistance in the state of California right here in Oakland,” Fife said, “That began on November 18 (2019) with our housing week of action where a group of unsheltered mothers and housing insecure mothers reclaimed a vacant home so their children would not be on the streets.”

Referencing Moms4Housing, Fife said, “One of the main reasons for that action was to show housing should be a human right for everyone.”

Fife said Moms4Housing and the land trust are still in negotiations to purchase the property from owner Wedgewood Inc.

One victory that came from Moms4Housing was people starting to recognize how corporate real estate speculators affect housing, Fife said. According to her, an offer for the purchase of the home will come on Friday.

Despite Wedgewood adding $90,000 to the cost of the home, it would not sell for $800,000 as Wedgewood wanted — which Fife said was another victory. She would not disclose the exact price of the sale.

Fife described the purchasing process with the Oakland Community Land Trust as the trust putting in an offer to buy and negotiating the price. If the owner agrees and contracts are drawn for the purchase, the land trust will own the land.

According to The Mercury News, the building’s owner, Calvin Wong, and the land trust are set to meet Wednesday to discuss the potential sale.

Fife made a final announcement about a new Assembly bill (AB-2563) that ACCE will push this year to make housing a human right.