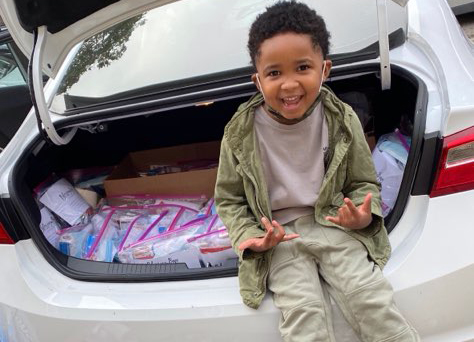 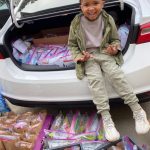 Surrounded by 200 “Blessing Bags” for the homeless, seven-year-old Quinten Jones wanted to pass the bags out to the homeless on his birthday. The bags are filled with toiletries, hand sanitizer, bottled water, and toilet tissue. 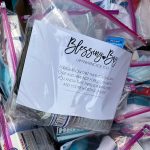 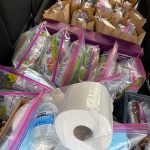 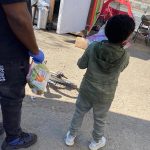 Jones passing out bags on his birthday.

Children are often taught that it is better to give than to receive.  That is just what Quinten Jones, a seven-year-old from Oakland, CA did for his birthday.  Quinten decided, instead of gifts and a party he wanted to feed the homeless.  He made this decision back in July while watching the news with his mother.

Jones saw a segment where a homeless encampment was being dismantled by the police and he said it made him very sad.  It also made him want to do something to help. He decided to make a video asking for donations and sent it to his family and friends.

In doing so he raised enough money for supplies. He worked very hard along with his mother the entire week putting the bags together.

On Saturday, Aug. 8, little Quinten, with the help of his mother and father, gave away 200 lunches and 200 “Blessing Bags” filled with toiletries, hand sanitizer, bottled water, and toilet tissue.

Quinten says the people were very happy to receive the food and were especially grateful for the toiletries.  He said it made him feel good and proud that he spent half the day doing his studies online and the rest of the day riding his 4 wheeler, his birthday surprise from his father.

Meet 7-year-old Quinten Jones of Oakland. For his birthday he organized 200 food and “blessing bags” with his family and passed them out on Aug. 8. pic.twitter.com/pUvgwe2hqr