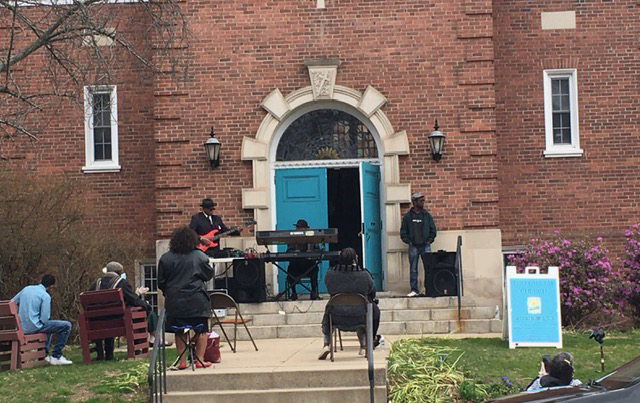 At her Wednesday press conference updating the public on COVID-19, San Francisco Mayor London Breed took a moment to wistfully recall the Easter Sundays of her childhood: the new church outfits, the egg hunts, good food and family gatherings.

But the first mayor in the U.S. to issue shelter-in-place orders for a metropolis of  nearly 900,000 people, an action that is credited for the city’s comparatively low infection rate and resulting illness and death rates, emphasized that now was not time to be complacent and this included staying home from Easter services, Passover observances and later in the month, Ramadan.

Addressing churches and their members, Breed said “I know how hard it’s going to be to stay home and not go to church.”

“There are other ways to celebrate,” she said, such as online services. “Pastors and priests can also reach out to members by telephone” and instruct lay people to connect with the isolated, needy and vulnerable.

Mayor Breed went on to reference a church in Mt. Vernon, Wash., where a choir practiced on March 10, 2020. Even though they practiced safe distancing, at least 28 of the 45  members became sick with COVID-19 and two died.

“I am asking leaders of the religious community to impress on your members to stay at home,” she said.

Compared to national hot spots like New York and New Orleans, San Francisco’s statistics are encouraging: As of Wednesday, 5,994 people had been tested and of those, 676 had the virus and 10 people have died.

After the mayor cleaned the lectern with a sanitary wipe, San Francisco Interfaith Council President Michael Pappas came to the podium and confessed that he had feared resistance at first but as far as he knew all of the city’s “800 congregations of faith” were complying with the order and praised Breed’s leadership. The S.F.I.C. has been reaching out by telephone to congregants who are the most vulnerable and providing links to services on their web site.

San Francisco’s Third Baptist Church, under the leadership of Rev. Amos Brown, is complying with the order.

Brown thinks that Third Baptist is only doing what it has done since its founding in 1852, which is to provide help for African Americans who suffered and continue to suffer under white supremacy. H.E.L.P., Brown said is simple, practical and aspirational. ‘H’ stands for hope as opposed to fear and damnation, ‘E’ for enlightenment, including the value of science and history, especially the history of previous plagues and pandemics. ‘L’ is for love, which commands “us to love God, and love our neighbor as ourselves,” which, in practical terms, exhorts us to ‘P’ act with the power to change a situation, in this case to behave responsibly in preventing the spread of the virus based on fact.

Third Baptist had already had remote viewing for church services available before the order, and now all of them are online. Technology allows members to continue their tithes and contributions via credit card.

A contemporary of Rev. Jesse Jackson and Rev. Dr. Martin Luther King, Jr., Brown was one of the 3% of churches that supported the Civil Rights Movement in the U.S. at the time and promoted service to the community. Many other churches, he said, are on the fire-and-brimstone tip, encouraging salvation for the individual.

Brown would not have members needlessly sacrifice themselves to come to worship, though volunteers continue to provide food for their vulnerable seniors.

But he is worried about the people he sees flouting the shelter-in-place order sharing bottles outside nearby liquor stores and young people who don’t seem to understand that they can pass the disease on to their elders  without even being aware they are infected.

The church is also a veritable one-stop shop with a web page providing advice for young people, sources for food and directions for financial and psychological help.

And if that weren’t enough, one of the members is selling face coverings to comply with the recent Centers for Disease Control directive to cover one’s face when out and about.

But in the Bible Belt across the South where many states either don’t have or were slow to implement shelter-in-place orders, many Christians, especially Black Christians, may be more inclined to trust God and Jesus than other authorities like the government or scientists.

And they have good reason: Still in the living memory of Black Southerners is the Tuskegee experiment where Black men were infected with syphilis instead of the health injection they believed they were receiving.  And, even now, government is failing the Black residents of Wisconsin, largely Democratic, who, despite a shelter-in-place order were denied a delay in the election date or absentee ballots and forced by the U.S. Supreme Court to go to polling places to vote on April 7, 2020, potentially endangering their health and spreading the virus.

Resistance to the order is not even so far from home. In Lodi, near California’s state capital, Pastor Jon Duncan of Cross Culture Christian Center continued to hold services despite Gov. Gavin Newsom’s directive. “First amendment rights are not suspended by the virus,” he said.

But his landlord, Bethel Open Bible Church, changed the locks and prevented Duncan from holding Palm Sunday services there.

Across the country in Hartford, Conn., Pastor Derrick C. Holloway, Jr. of First Calvary Church had no problem with the order, which was that no more than 10 people could gather in one place. The doors to the church home for his small flock of 48 were locked on Palm Sunday so they gathered on the doorstep, maintaining the appropriate distance of six feet apart.

They were observed by a reporter, Mark Pazniokas, who happened to ride by on his bicycle. The music and the pastor’s voice was arresting for passers-by on foot and in cars, whose occupants parked at a safe distance to listen. “May I have a palm frond, please” asked a woman in one car who was wearing a surgical mask. One was given to her.

Their actions showed they accepted the science but at the same time hungered for tradition, a hunger for prayer in a group setting and its assurances. So they did what so many Black people of faith have done in times of trouble, from the slave ship to the brush arbor, to the storefront churches and regal cathedrals, they took the time to pray.

Mark Pazniokas of the Connecticut Times-Mirror contributed to this report.