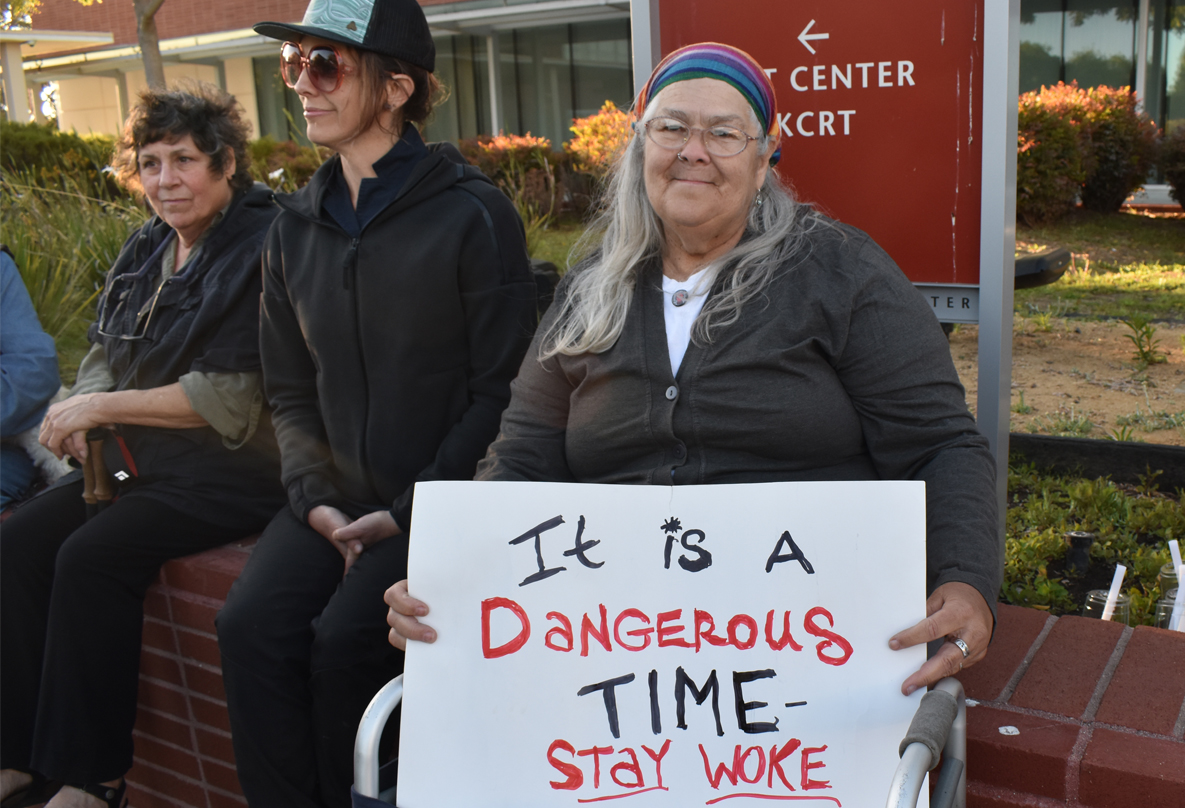 The Lights for Liberty event was among hundreds of similar vigils held in cities throughout the world Friday night.

Residents, some attending with their families, held up signs that read “Families be­long together,” “it’s a danger­ous time to stay woke,” and others protesting the Trump administration’s handling of the crisis on the border.

“We cannot accept accept what the Trump administration is doing against migrant chil­dren and families,” Wong said. “We have to stand together and say to Trump to stop! Enough is enough!”

“We’re coming here today to acknowledge that they have a right to seek asylum in this country, but there are human rights violations happening at the border and we have to do something about it,” Recinos said.

Gioia, who helped organize the event but could not attend the vigil as he was headed out of town, issued a statement:

“Trump’s actions to sepa­rate children from their fami­lies is reprehensible and im­moral. His actions do not represent what we stand for in this country. We must stand up, resist and protect vulnerable families.”