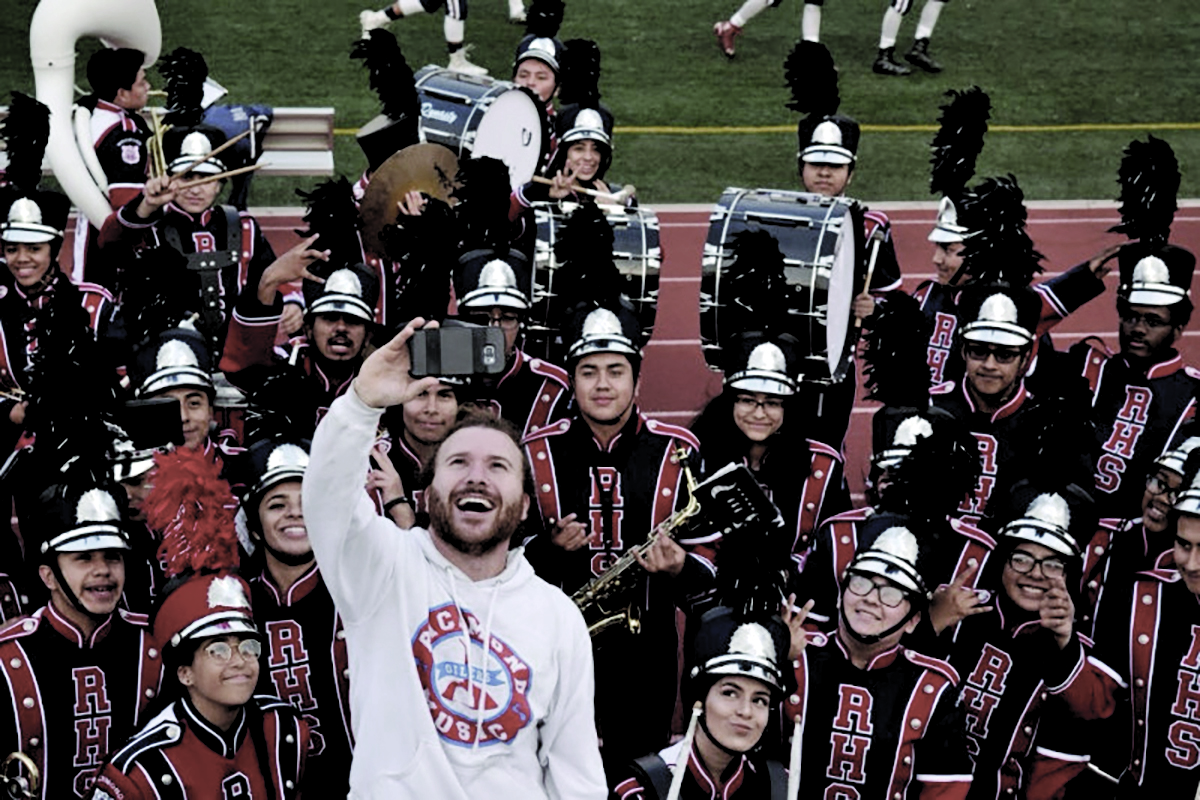 Richmond High’s inspiring young band director won an emerging educator award this month from the California Music Education Association, a recognition that doesn’t surprise his students or the school district in the least.

Today, the educator has grown the music program into a 70-student marching band, a jazz band, and — for the first time since 1976 — a string orchestra, WCCUSD said.

Wilke’s vigilant fundraising efforts to bolster the growing music program made headlines in 2016 when an anonymous donor gave $76,000 for brand new instruments.

This month, Wilke has earned more recognition. The California Music Education Association named him as a recipient of the 2019 Gilbert T. Freitas Annual Memorial Award for emerging instrumental music educators with fewer than seven years’ experience.

The West Contra Costa Unified School District recognized Wilke and his music program at the Jan. 9 Board of Education meeting. When Wilke spoke at the meeting, he showed no sign of slowing in his efforts to build and maintain the music program.

Wilke expressed gratitude for the support at his school, and to his “awesome” students. As the music program is expected to grow next school year, Wilke said he’ll be launching fundraisers soon.

Wilke grew up in Pinole playing in his school band, taking piano lessons, and starting original bands in high school that performed across the country, according to the school district. After graduating from Pinole Valley High in 2006, he studied jazz performance at Cal State East Bay and began teaching before and after school music classes at WCCUSD.

After the district brought back elementary music, Wilke assumed an itinerant position teaching band and strings at seven schools while taking credential classes at night. He eventually took a position at Richmond High as an after school band instructor, and the following year became the full time band director.

Census 2020 Coming, and Everyone Needs to be Counted!

Courtesy of The Richmond Standard