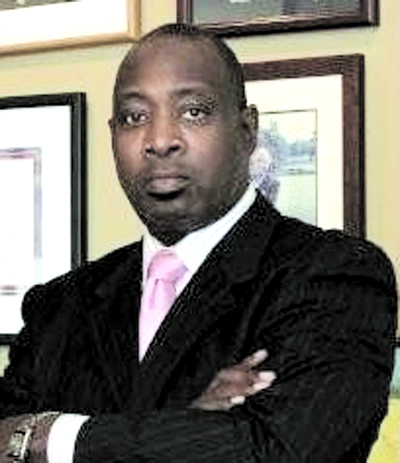 When Dr. Martin Luther King, Jr., spoke about the beloved community, the imagery that he used was of a world racially at ease. Ev­eryone would benefit from the richness of the earth and the community.

One of the things that makes reparations so difficult to un­derstand is the undercurrents of white privilege and Black Peril.

Black Peril refers to the co­lonial settlers’ fear that Black men are attracted to white women and are having sexual relations with them.

Examples can also be seen in British colonialism of In­dia and Africa. Black Peril is a colonial-based fear that started in Southern Rhodesia and sur­vived all the way to the inde­pendence of Zimbabwe.”

It is evident that this was a tool to maintain control of Black men, and to condi­tion the mind of the public that Black men were danger­ous to the race community of white people. With this type of thought, white men were jus­tified in continuing to terror­ize Black men, and this gave them a legal concept and con­science that allowed them to accept this psychological trap.

The more I write and dis­cover about reparations, the more I see of a distant struggle that continues to haunt this country. America seems to be unable to get over this hump simply because a lot of white people would rather believe that these monstrous things never happened.

When we think about Em­mett Till, and his gruesome murder, it reeks of Black Peril. America has been recently re­introduced to the Black Peril story of the “Central Park Five.” This story is reminis­cent of many instances when Black men were absolutely found guilty not for a crime but for possibly contaminating the blood line of white people through the potential real or imaginary rape of white wom­en.

The white supremacy-Black Peril dynamic only further il­lustrates why reparations is so important.

Roy L. Brooks, in his essay of “The Anatomy of Repara­tions,” said, “First, blacks were the main target of slavery and Jim Crow. No other American group inhabited the peculiar in­stitution.

No other American group sustained more casualties or lengthier suffering from slav­ery and Jim Crow.”

What is missing is the con­versation at the bottom of repa­rations. If America wants to be great again, it must face up to its sins, and America will become something that it has never been before– the beloved com­munity.

I Do Not Believe you are a Racists