Racism at Core of Attack on Capitol and Black People, as Usual, Rise to the Occasion
Advertisement 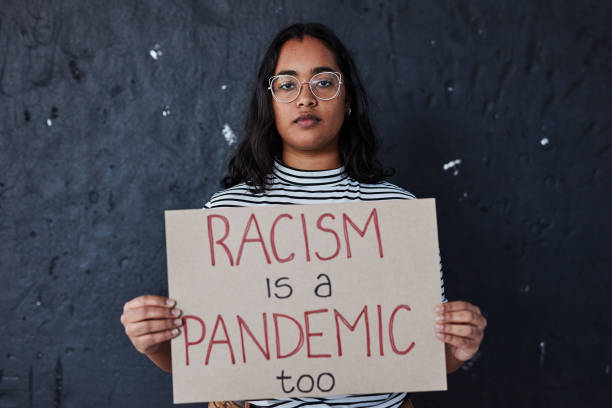 The attack on the U.S. Capitol by Trump supporters on January 6 was practically a picture postcard of racism in America.

Firstly, it was prompted by the victory of Joe Biden over Pres. Donald Trump in November’s election, a victory that had significant support from Black and Brown voters.

In denial, Trump, with the help of right-wing media, claimed the election had been stolen and turned to the MAGA crowd and Republican politicians to ‘Stop the Steal.’

That the Capitol Police were unprepared for what had been predicted would be an unruly, dangerous crowd, was the second sign of racism as Black news pundits and even some politicians, including President-elect Joe Biden, observed that security would have been much different if these had been, for instance, Black Lives Matter protesters.

The attack left six people dead. The men and women of Congress, knowing they were targeted for injury and even death by a highly organized, tactical element of the rioters are left traumatized.

The third element of racism was in the actions and testimony of the Capitol’s Black police and staff said racism played.

Buzzfeed News interviewd two Black officers, one a veteran and one a newer recruit.  They said it was “a trained group of militia terrorists who attacked us.”

One was beaten by a rioter carrying a Blue Lives Matter flag.

“I got called a n—- 15 times today,” the veteran officer shouted in the Rotunda at the day’s end. “Trump did this and we got all of these … people in our department that voted for him. How the …. can you support him?”

In a widely circulated video, it was a Black member of the Capitol Police officer whose heroism perhaps saved members of the Senate and staff  from harm. Alone and outnumbered, the Capitol policeman is seen repeatedly shoving a trespasser in the chest, drawing him and his followers away from a doorway to the Senate chamber that was still insecure.

In all, before the six-hour siege was over, at least 14 police officers were assaulted.

That so many were injured, yet so few intruders were arrested and so few arrests were attempted was also a sign of racism as comparisons between the Capitol attack and one Black Lives Matter demonstration attest.  Eventually, the Capitol Police got help from the National Guard.

Much has been made about the vulnerability of the members of Congress, but they were not the only ones trapped during the siege. Some members of Congress had their staff with them and then there were the people who maintain the building, many of who are people of color.

It was they, Black and Brown men and women joined late in the evening of the attack by a Korean Ameican congressman from New Jersey who cleaned up the mess made by a crown that was mostly white.

They picked up glass, empty bottles and broken furniture. They took away broken and damaged artifacts —  for the Capitol is also a museum. They wiped away blood, urine and feces from floors, walls and statues.

Interviewed in the following days, some janitorial staff said they felt unsafe in a building that was supposed to have some of the best security in the world.

“It felt bad. It’s degrading,” said one custodial employee in his 30s, who works for the Architect of the Capitol’s Labor Division. “We’re all Black in this shop.”

Amid the debris, a piece of a tribute to the late John Lewis was found. It had been destroyed.

Buzzfeed, Business Insider and The Washington Post are the sources for this report.