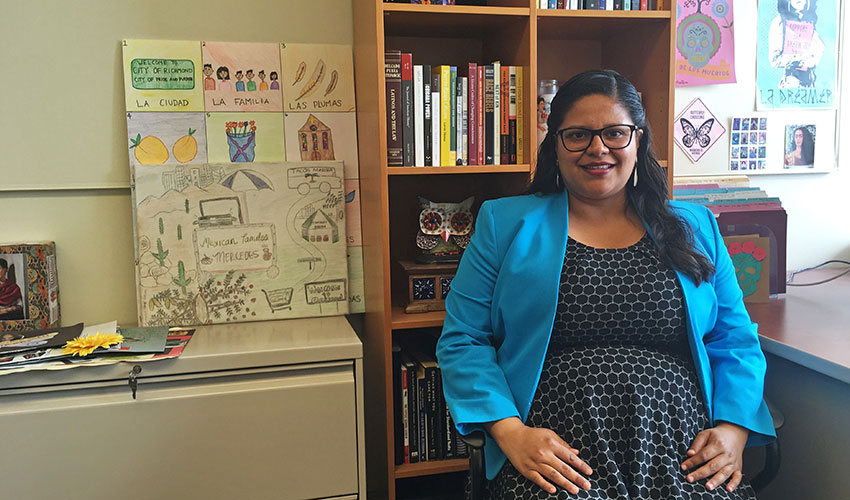 President Donald Trump’s pledge to deport hundreds of thousands of immigrants back to Mexico has echoes from another era — the mass repatriations from the United States of approximately 1 million Mexican immigrants and U.S. citizens of Mexican descent during the Great Depression.

That’s been the subject of San Francisco State University Assistant Professor of Sociology Marla A. Ramirez’s research for the last six years, and she says she’s found similarities and one key difference between what happened in the 1930s and the political climate of today.

“Before, there was always the construction of the good immigrant and the bad immigrant,” Ramirez said. “But what we’re seeing now under Trump, unlike the 1930s, is that it has shifted to targeting immigrants in general. Even Dreamers, who are a model minority, are college students, and workers, and even if they have no criminal record, they are still being targeted for deportation.”

One similarity, she said, was the scapegoating of Mexicans that was rooted in the economic uncertainty of the time. With so many people out of work, government officials became fearful that there were too many people dependent on public benefits.

“There was the idea that immigrants were taking jobs and living off public welfare, and the solution was to create more jobs for U.S. citizens by deporting them en masse,” she said. “Initially, the plan was to repatriate every undocumented person, but that was unfeasible. The solution then was to deport Mexicans because of the proximity of the country, and also because of the rail system between the two countries, which facilitated the transportation for the mass repatriations. It was just more convenient for supporters of mass removals.”

According to Ramirez, peak removal took place between 1930 and 1933, when about 500,000 people were deported. The overall number of deportations remains in dispute.

“Reports of how many people were removed in the 1930s varies,” she said. “It varies from a half million to 2 million, but I argue that it was approximately 1 million, if the repatriations are examined between the years of 1921 and 1944, instead of only focusing on short periods during the decade of the 1930s.”

Ramirez began looking into the subject while writing her master’s thesis on the experiences of undocumented immigrants as college students. One student surprised her by saying he considered himself a U.S. citizen, even though he didn’t have papers. His grandmother was a U.S. citizen, had been removed in the 1930s and died soon after in Mexico.

Ramirez found that while there’s been a lot of research and writing about the experiences of Mexican nationals who were repatriated in the 1930s, not much has been done on the children and grandchildren of repatriated U.S.
citizens. Her work is a three-generational analysis of the prolonged consequences, socially and legally, of their forced removal.

The biggest challenge initially was finding people to interview. But in 2012, the Los Angeles County Board of Supervisors issued a formal apology for the county’s role in local raids and in rounding people up. That followed a 2006 state law — the Apology Act for the 1930s Mexican Repatriation Program.

The two formal apologies were commemorated with a plaque that was unveiled at a ceremony at LA Plaza de Cultura y Artes, a Mexican-American museum and cultural center near downtown Los Angeles.

“I said, ‘I have to go. Families might be there,’” Ramirez said. “I approached them and told them about my project, and they generously agreed to be interviewed. Other participants were found by a snowball approach, through recommendations of participants who knew others who had experienced repatriation.”

The oral history became an integral part of her doctoral dissertation, and she is now revising her book manuscript and working on a book proposal. In all, Ramirez conducted 20 original oral histories and used an additional 30 interviews she found in archives in Los Angeles and El Paso, Texas. She spoke to members of a family in Anaheim, Calif., another family in Pasadena, Calif., and members of another family that is spread throughout California, Alabama and Mexico.

Related Topics:MexiconewsSan Francisco
Up Next