Connect with us
By The Tennessee Tribune

NASHVILLE, TN (TSU News Service) — Tennessee State University is the latest HBCU recipient of financial support from Alpha Kappa Alpha Sorority, Inc. and it Educational Advancement Foundation.  The service organization continued its commitment of creating a $100,000 endowment at each of the nation’s four-year historically black universities and colleges with a donation to TSU President Glenda Glover.

President Glenda Glover admires a commemorative bench dedicated
in her honor by the AKA Sorority, Inc. (Submitted Photo)

An initial gift of $25,000 was presented to President Glover during a bench dedication in her honor by the sorority. She was joined by Horace Chace, vice president of Business and Finance; Terry Clayton, member of the TSU Foundation Board; and Iris Ramey, associate vice president for Corporate Partnership and Strategic Initiatives.

“One meaningful part of the AKA Leadership Seminar being in Nashville is the $100,000 commitment for an endowment from Alpha Kappa Alpha to Tennessee State University,” Glover said. “It begins with this initial donation of $25,000 to assist with student scholarships. I’m extremely appreciative to the sorority for this gift.”

The gift coincides with AKA’s HBCU Endowment initiative, which looks to award $10 million to these institutions by 2022.

“We are trying to assist students and help retain them to continue with their education,” Chase said. “This funding from Alpha Kappa Alpha Sorority is definitely going to be a big plus in helping to accomplish that goal.”

The Executive Director of the TSU Foundation, Betsy Jackson-Mosley, added, “The TSU Foundation is very grateful for the support received from the AKA Foundation for student scholarships. “Scholarships are very important to attract the best and brightest and to help students stay in school.”

The financial support and bench dedication were two of several service projects taking place during the AKA’s 2019 Leadership Seminar in Nashville, TN June 27-30.

In a litany at the dedication, led by Dr. Norma S. White, 25th international president of AKA, the group acknowledged the significant contributions of Dr. Glover in leadership, education, community service and philanthropy.

“As we dedicated this commemorative bench in honor of the 30th International President of Alpha Kappa Alpha Sorority, Incorporated, Dr. Glenda Glover, we take pride in her leadership and the many contributions that she has made to the sorority, Tennessee State University and other noteworthy organizations,” the group said. “May this bench be a permanent reminder of the significant accomplishments of Dr. Glover.”

Glover, a native of Memphis and the eighth and first female president of TSU, became the 30th international president of AKA in July 2018.  Immediately upon taking the helm, she sent a clear message that education would remain a priority for the organization, especially supporting the nation’s HBCUs. She launched HBCU for Life: A Call to Action and signature program College Admissions Process, also known as #CAP, to promote and market HBCUs.

Saying that she leads by example, Glover donated $50,000 to the sorority’s Educational Advancement Foundation to further emphasize her commitment. She made that same commitment to TSU when she became president of her alma mater in 2013.

This article originally appeared in The Tennessee Tribune.

“Giving back to the community is the mission of Alpha Kappa Alpha Sorority, said chapter president Sandra D. Stowes. “The turkey donations are an annual activity under our program (called) Target 3, which focuses on strengthening families in a variety of ways, including addressing nutrition, health, and financial wellness.” 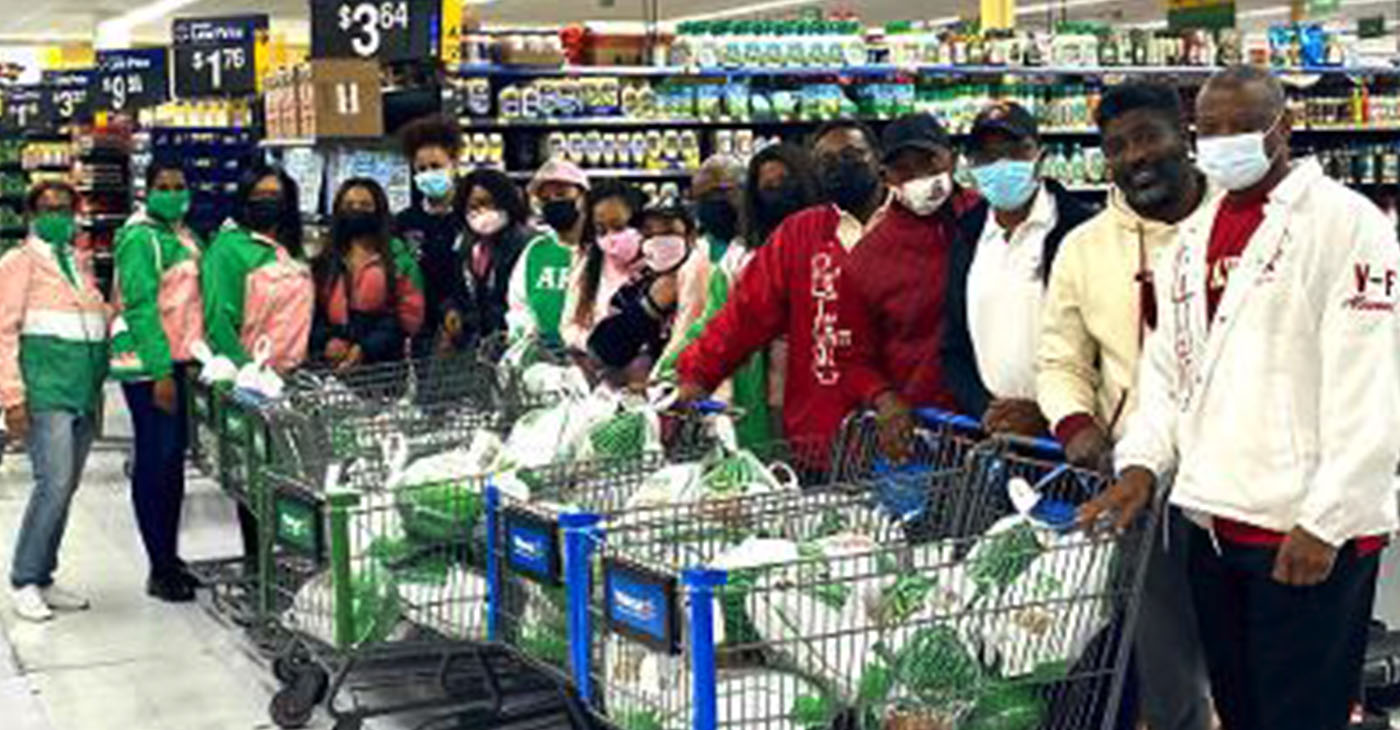 “Giving back to the community is the mission of Alpha Kappa Alpha Sorority, said chapter president Sandra D. Stowes. “The turkey donations are an annual activity under our program (called) Target 3, which focuses on strengthening families in a variety of ways, including addressing nutrition, health, and financial wellness.”

Sorority and fraternity members partnered with Walmart Neighborhood Market and arranged for the turkeys to be donated and delivered to Christian Help Center, First Baptist Church, Faith Food Fridays, and WothaDabora.

“We increase our impact in the community when we partner with our fellow Greek organizations like Alpha Kappa Alpha,” said Kappa Alpha Psi President Darren Stowes. “Together we can close the gap significantly and create healthier, stronger families and communities.”

The donations will help the community organizations serve Thanksgiving meals to more than 400 families.

“Our sorority members look forward to the turkey donations each year,” said Target 3 Chairman Lisa Freeman. “The event is a very rewarding opportunity for our chapter because we’re making a huge difference in the lives of many residents who might otherwise go without a nutritious meal on Thanksgiving.”

This is an effort to encourage survivors to share their story and to help other members and women to understand that mammograms are the key to early detection which ultimately saves lives. Later that year, the AKA Mobile Mammography Unit was unveiled to continue the fight against breast cancer by traveling to underserved communities, striving to reach 100,000 women throughout the United States. “Alpha Kappa Alpha will continue its life-saving mission to raise community awareness of critical health issues impacting women. The objective of this effort is to highlight the significance of early detection through mammography screenings, education and training”, stated Dr. Glover.

Alpha Kappa Alpha is the first Greek-lettered organization to own a fully equipped digital mobile mammography unit. The sorority recognizes that many great strides have been made in breast cancer awareness and treatment but there remains much more to be accomplished. Mayor Eddie DeLoach proclaimed October 2019 “National Breast Cancer Awareness Month” and October 18, 2019, “National Mammography Awareness Day” in the City of Savannah. Ms. Denise Cooper, Esq., president of the Gamma Sigma Omega Chapter received the proclamation on behalf of Alpha Kappa Alpha.

By The Florida Courier

The line sisters, who include Florida Courier Senior Editor Jenise Griffin, participated in various Homecoming activities, including the parade and football game.