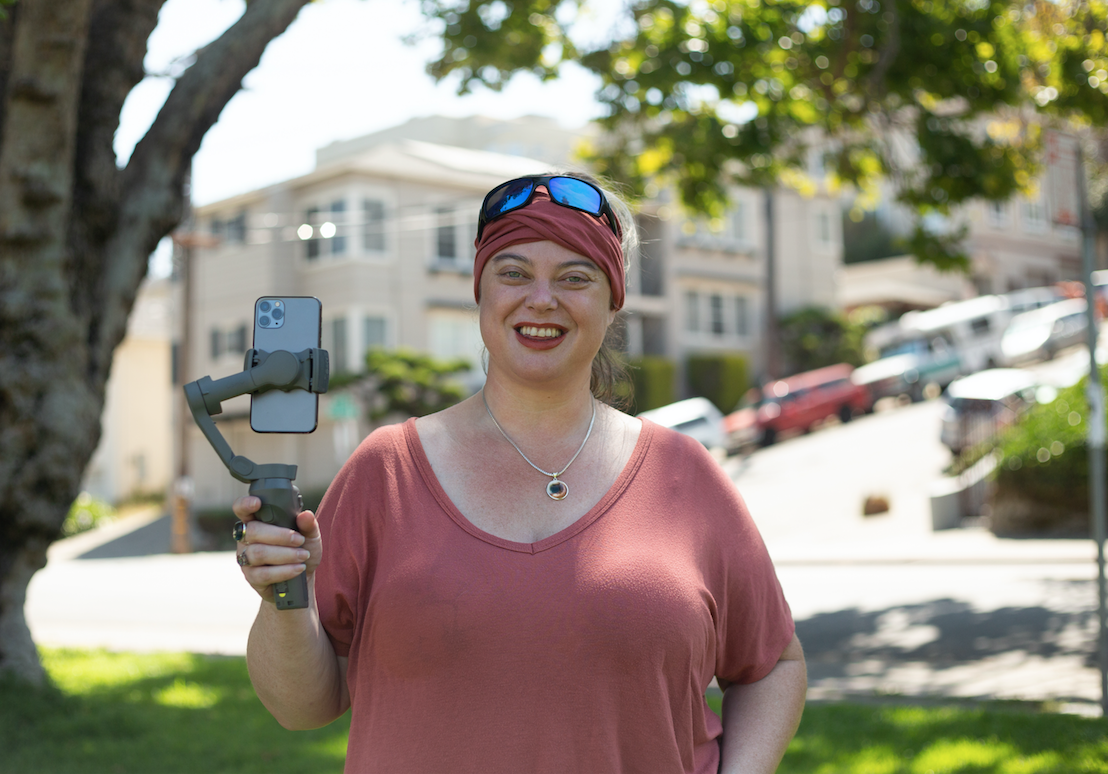 On July 1, 2020, the Post News Group formally appointed Michelle Snider, a Laney College student who previously worked as a reporter and social media consultant for the Post, as associate editor of the publication.

Snider, a San Francisco native who has lived in the Bay Area for most of her life, first dipped her toes in journalism in 2017, when she learned that white nationalist groups were coming to Berkeley to incite violence.

“I fell into white nationalist Twitter and I just quietly followed them,” said Snider.  “I really didn’t want to see my country and my community attacked like this…I was intent on recording them and making sure that I captured what they planned on doing.”

Snider’s persistence paid off. Her footage was used in the Emmy Award-winning documentary “Documenting Hate” and helped identify members of the Rise Above movement — a white nationalist group whose members later pleaded guilty to a federal charge of conspiracy to riot during in the “Unite the Right” rally in Charlottesville, Va.

Encouraged by the success of her footage,  Snider enrolled in journalism courses at Laney College in Oakland, where she began writing and photographing for the Laney Tower, the college’s student-run publication.

By the end of her first semester, Snider’s work had gone viral after she filmed the infamous “Barbeque Becky” video, in which a white woman is seen harassing two Black men barbecuing at Lake Merritt.

Snider had been eating breakfast with her daughters when her then-husband — one of the barbequing men — had called her and said he feared being arrested.

“I was using the same tactics as in Berkeley where not only did I have to confront white nationalists, but sometimes I would just start asking questions — and it would get them kind of riled up. But I knew that if I kept my composure and didn’t do anything unlawful then there was nothing that I could lose,” said Snider.

Snider spent the next two years reporting for the Laney Tower, acting as editor-in-chief for two semesters and co-editor for another.

Post Publisher Paul Cobb said he decided to hire Snider because of her familiarity with the community and because he believes she will be instrumental in guiding the paper into the digital world.

“I wanted her because of her accomplished, extensive knowledge of how to utilize social media in conjunction with our content approach, and how she emphasizes precision and exactitude when editing, proofreading and fact-checking,” said Cobb.

Snider said she hopes to expand the reach of the Post as much as possible by building engagement with consistent content and high-quality photography and video.

“I think one of the biggest challenges is it’s not only a small publication, it’s a historically Black-owned publication.  We’re talking about actually modernizing the way we do content, so it is a challenge — but it’s also a challenge to get people to take this seriously,” said Snider. “We need more content, that’s the bottom line.”

Snider hopes to continue the legacy of the Post News Group as a community-centered publication and welcomes people of all ages and levels of experience to contribute.

“I want to inspire local students, young people, people of all ages to understand journalism and get involved,” said Snider. “ If you are a writer, photographer, someone who wants to submit video…just let us know.”

Send your story pitches and ideas to msnider@postnewsgroup.com