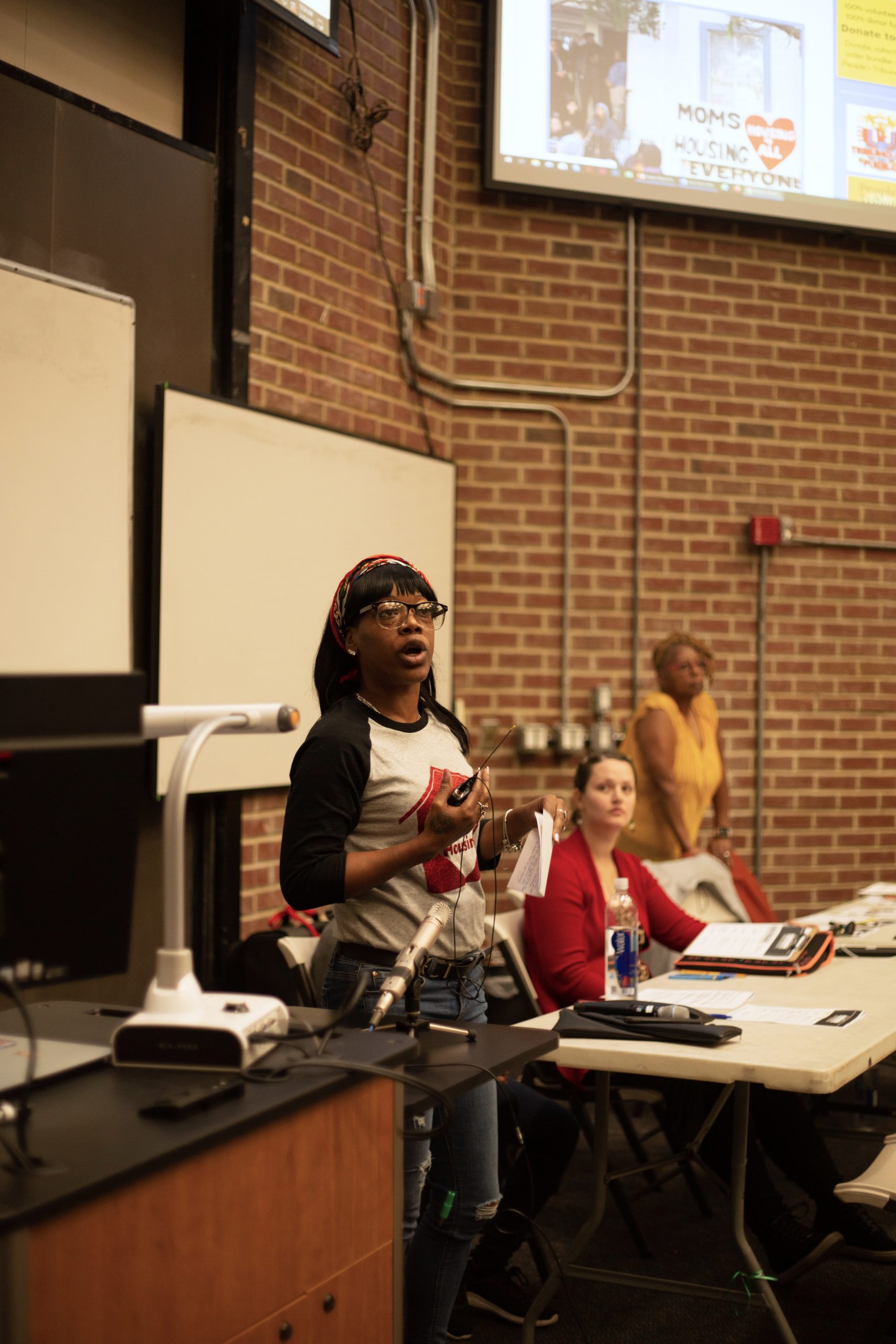 Oakland’s Poor People’s Campaign teamed up with student and community volunteers to host a teach-in discussing voting, housing community, and education — all hot button issues for Oakland in the upcoming elections. About 200 people attended the Feb. 24 event at the Laney College Forum.

“We believe that people should not live or die from poverty in the richest nation ever to exist,” said Kimberly King,  professor at Laney College and member of the Peralta Federation of Teachers. Her statement is from one of the 12 principles of The Poor People’s Campaign — a revival of the movement for economic justice started in 1968 and championed by Martin Luther King Jr.

The teach-in tackled the subjects of campaign financing, fake news and the importance of voting in the 2020 local elections, and featured topics such as “The Billion Dollar Disinformation Campaign to re-elect the president,” “Racist Origins of the Electoral College,” and “The connection among basic needs, voting, and capitalism.”

Mom4Housing co-founders Misty Cross and Dominique Walker spoke of their struggles with homelessness, and their fight to secure housing after occupying a vacant home owned by real estate giant Wedgewood.

“Whether we start making up our own policies, make petitions, whether we got to go door to door….we’ve got to show this city,” said Cross.

With support from nonprofit Oakland Community Land Trust, Moms4Housing said they are currently still in negotiations with the Oakland Mayor Libby Schaaf and Wedgewood in a bid to purchase the property. 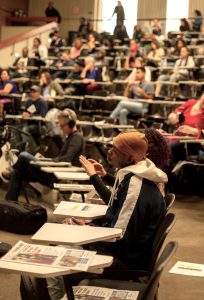 Teach-in attendees at the Laney College forum on Feb. 24. Photo by Saskia Hatvany.

Mike Hutchinson, a former sports coach who is running for District 5 Oakland school board seat in November, urged the audience to inform themselves and participate in local elections.

“A lot of people have not realized that public education has been under attack,” said Hutchinson,  who pointed to the Oakland Unified School District’s gradual replacement of public schools with privatized charter schools. A 2018 report by In the Public Interest (ITPI), an independent research center, found that OUSD has the highest concentration of charter schools in the state at 30% — which has attracted a slew of pro-charter, big-money investments in the form of campaign donations.

“It’s really about money. When we say privatize, what it means is they want to profit out off of our education system,” said Hutchinson. “I want to encourage everyone in here not just to vote and really not just to get involved in the campaign of someone you believe in, but to actually look into running for office yourself.”

In November, five out of eight Oakland city council member seats are up for election, along with four of the seven school board seats.

The Peralta Community College District, which encompasses Laney, Merritt, Alameda and Berkeley City Colleges, is facing its own crisis as the threat of a state takeover has prompted the district to cut  6% of classes from the 2020 spring schedule, with more to come in the fall.

The cuts are expected to disproportionately affect part-time workers, who make up a majority of the District’s faculty and have prompted faculty outcry.

“There is plenty of wealth in our society for everyone to have a quality education…for everybody to have a home to live in,” said King. “We the people need to get our so-called elected leaders to represent the community we live in.”

For more information about the Poor People’s Campaign, visit www.poorpeoplescampaign.org/