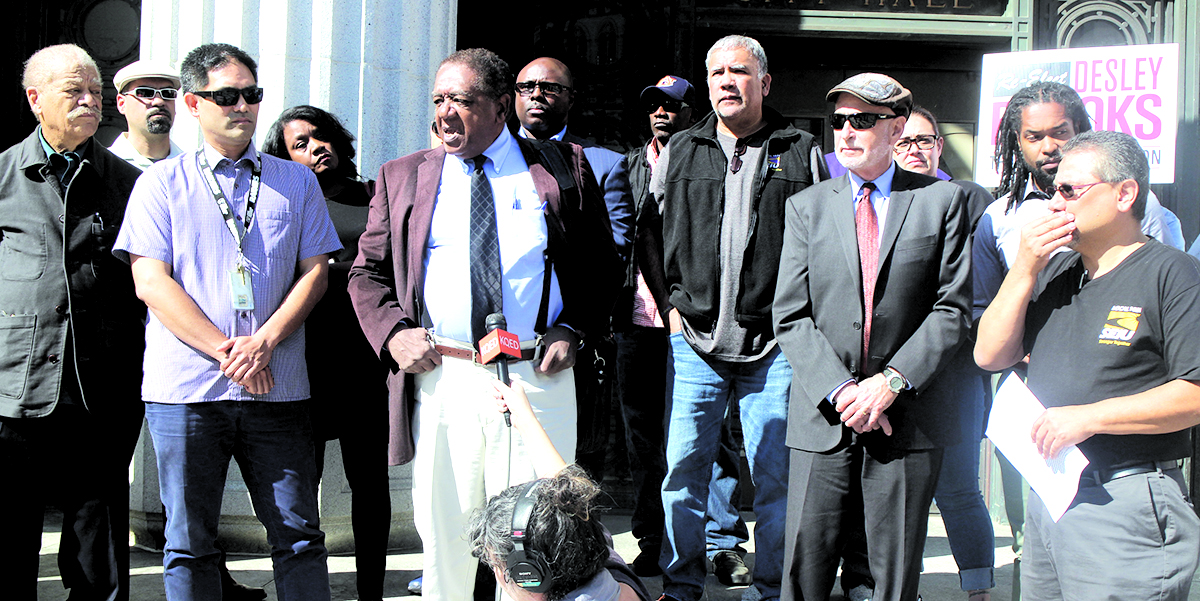 The group is responding to Mayor Libby Schaaf, her big money donors and Building Trade Unions tied to powerful, luxury real estate developers, who are now pouring outside money into the race to unseat District 6 Councilmember Desley Brooks.

Brooks has been a staunch critic of Schaaf and the lack of African American workers employed at construction sites throughout the city.

The community coalition is calling upon Mayor Schaaf and her supporters to immediately cease the outside money they are pumping into the local race and maintain what they deem a “fair and clean” election, free of distortions and attacks.

Mayor Schaaf has a history of mobilizing her base of wealthy donors to target councilmembers who have opposed her policies, including Councilmembers Noel Gallo and Rebecca Kaplan in 2016.

Over one-third of the Independent expenditure aimed at unseating Schaaf’s most vocal critic, Desley Brooks, has come from wealthy donors who have contributed tens of thousands of dollars over the years to the Mayor’s campaign efforts.

Speakers at the press conference, including Black Panther Party Co-Founder Bobby Seale, highlighted what they see as coordinated retaliation against Brooks for the many, community-based positions she has taken in City Hall

Earning powerful enemies, Brooks has advocated for more inclusivity of the hiring of African-Americans in the powerful, Building and Construction Trades Unions and fought to to establish a Department of Race and Equity, which was initially opposed by the Mayor.