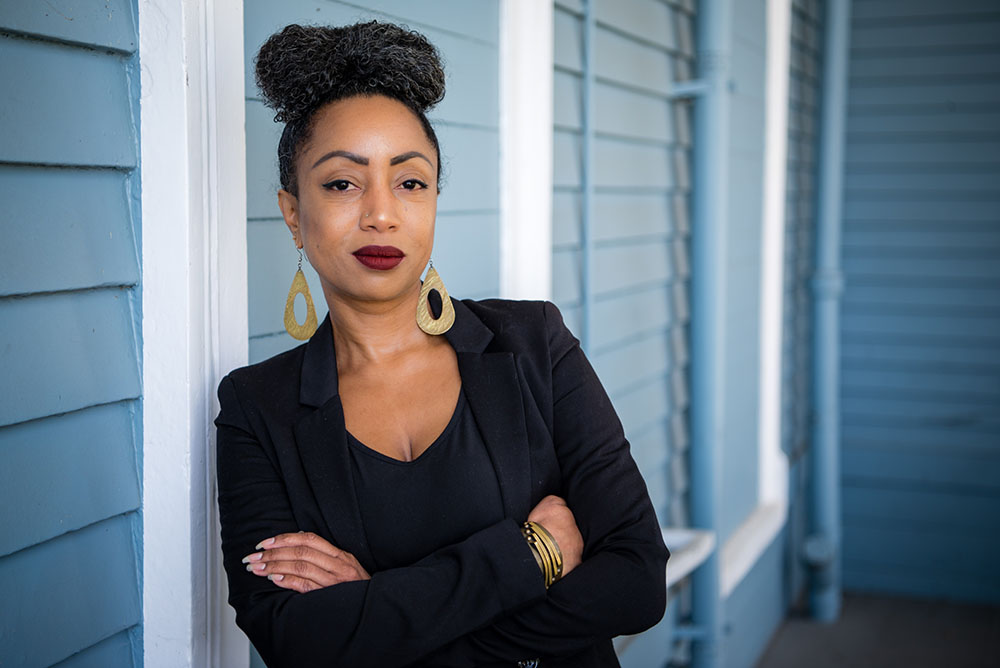 Editor’s note: This is the first in a series of articles on the 2020 school board candidates, which will be published on the web and/on in the Oakland Post print edition.  The other candidates for District 3, besides Ms. Gash, are VanCedric Williams, Maximo Santana, Mark Hurty and Maiya Edgerly

Four Oakland Unified School District (OUSD) Board of Education incumbents are stepping down when their terms are over at the end of the year, which raises the rare opportunity for a new majority.

One candidate who is bold about making changes is a parent advocate and activist Cherisse Gash, who is running in District 3, which includes West Oakland and other areas. She is a holistic health educator and advocates for holistic health care.

Gash, 43, is a single District 3 parent whose son graduated this year from an OUSD school and is going to Morehouse College, where he will study software engineering. Her mother is a retired teacher and still lives in District 3.

“We learned self-love and that Black is beautiful,” she said, crediting exciting Black educators, led by former principal Minnie West, who inspired her and gave her faith in herself and the potential of student-empowered learning.

Gash was blunt about what she considers “huge financial mismanagement” in OUSD. One example is a $100 million state loan that was neither needed and nor requested but imposed on the district nearly 20 years ago and is still being paid off.

“The students and the teachers have taken the brunt and the burden of this loan,” she said. “We have not had school board members and superintendents fighting for us.”

A key opponent of local control has been the Fiscal Crisis and Management Assistance Team (FCMAT), a state-funded agency based in Bakersfield that has authority over school district decisions and operates out of the Alameda County Office of Education in Hayward.

“They don’t know Oakland, and they don’t value Oakland’s people,” she said, pointing out that FCMAT has played a major role in school closings and property sales over the last two decades.

“This exacerbates and contributes to the school-to-prison pipeline,” Gash said.

Instead of closing schools, the district should stop financial mismanagement, she said. “There are too many highly paid administrators, consultants who receive up to $400,000 a year in salary while the schools are in the mode of budget cuts.”

Gash is opposed to providing property in West Oakland to the Oakland Athletics owner John Fisher to build a new baseball stadium or to giving him more school property for charter schools.  Fisher, who also owns the Gap clothing retailer and several West Oakland charter schools, is a well-known Trump supporter.

“He is advertising it as a baseball stadium, but it is a real estate deal masking as a sports deal.  He wants to build 3,000 to 10,000 commercial properties in Oakland,” she said.

If all his real estate and charter school deals go through, he would become the biggest owner of private property in the city, she said.

Gash said district officials talk a lot about community engagement but it is just marketing, not really listening to community members or giving them information and authority to make their own decisions.

“We have to invest in our schools,” she said. “We have to have board members who will fight tooth and nail to make sure money that students need is not cut in half and that they are given the maximum so they will have schools that nurture and care for them and love them.”

To learn more about Cherisse Gash, to  https://cherissegash.com/