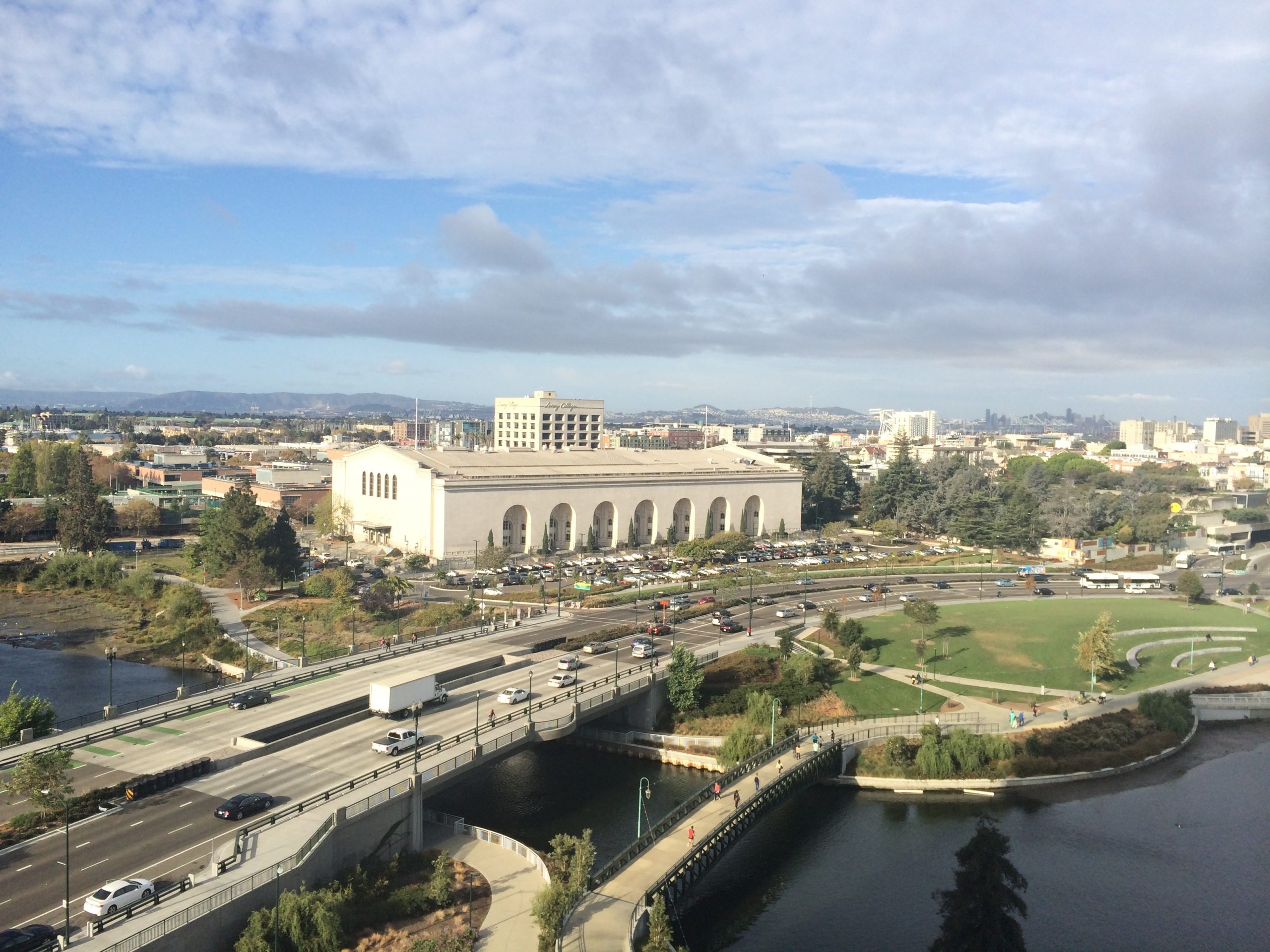 A coalition of community stakeholders led by the Black Arts Movement Business District (BAMBD) Community Development Corporation has filed an appeal to the granting of a Major Conditional Use permit, citing violations of the Request For Proposals, but the City continues to attempt to advance the project prior to the appeal being heard.

The HJK site is one of Oakland’s last remaining public assets, as well as a historical cultural institution. Granting a 99-year lease with insufficient community benefits and insufficient access for local artists will only reinforce existing inequities and lead to more displacement of artists of color— missing a major opportunity to implement and align equity-focused strategies and recommendations developed by the Mayor’s Task Force on Artists and Workspaces, the Cultural Plan, and  the Downtown Specific Plan Preliminary Draft.

The task force surveyed more than 900 artists and found that 49 percent had experienced displacement from their homes or workspaces, and most were at risk of displacement due to rising rents. In its report, it concluded “this data suggests that now is the time to establish more robust policies to support artists in Oakland, before displacement worsens.”

That was in 2016; displacement has, in fact, worsened. The City’s 2018 Downtown Disparity analysis states “most of greater downtown Oakland is experiencing ongoing gentrification and displacement,“ while its 2018 Equity Indicators report assigned Oakland a score of 33 out of 100—a failing grade.

In 2019, income inequality, homelessness, and lack of affordable housing have all reached crisis levels. There should be an urgent need for Oakland  to implement equity across city departments, as specifically mandated by Oakland’s Municipal Code, which states, “The City of Oakland will intentionally integrate, on a citywide basis, the principle of ‘fair and just’ in all the city does in order to achieve equitable opportunities for all people and communities.”

The best argument for reframing the HJK redevelopment around equity principles can be found in the city’s own language. The task force report calls for “Incentiviz(ing) private developers to provide permanently or long-term affordable artist spaces in mixed-use developments,” while the HJK RFP notes, “The city is eager to see as many community benefits as possible derived from the project.”

The Lake Merritt Station Area Plan calls for “community development that is equitable, sustainable, and healthy” and maintains that “(community) benefits must clearly be reflective of the community’s needs and desires.” The Cultural Plan establishes a framework of “Cultural Equity”; and the Downtown Plan identifies community benefit agreements as a vehicle for equitable development.

The HJK site redevelopment must align with these policy guidelines for equity. It must not contribute to further displacement of EastLake, Chinatown and BAMBD businesses, residents, artists, art organizations, and nonprofits. It must reflect a community engagement process which does not exclude neighborhood stakeholders and artists of color.

The City Council has the authority to insist that the highest possible level of community benefit be derived from the HJK site. It also has an obligation to redress historical inequities by creating pathways to social equity, economic sustainability and cultural preservation for communities of color — as stipulated in section 2.29.170 of Oakland’s Municipal Code. The current Council must uphold this credo and ensure that equity isn’t just lip service, but tangible and intersectional policy to mitigate displacement and income gaps.

Eric Arnold is the co-director of BAMBD CDC and a former equity consultant for the City of Oakland’s Downtown Specific Plan.