Opinion: Neighbors Care About the Fate of Homeowner Leonard Powell—But the City and the Court Do Not
Advertisement 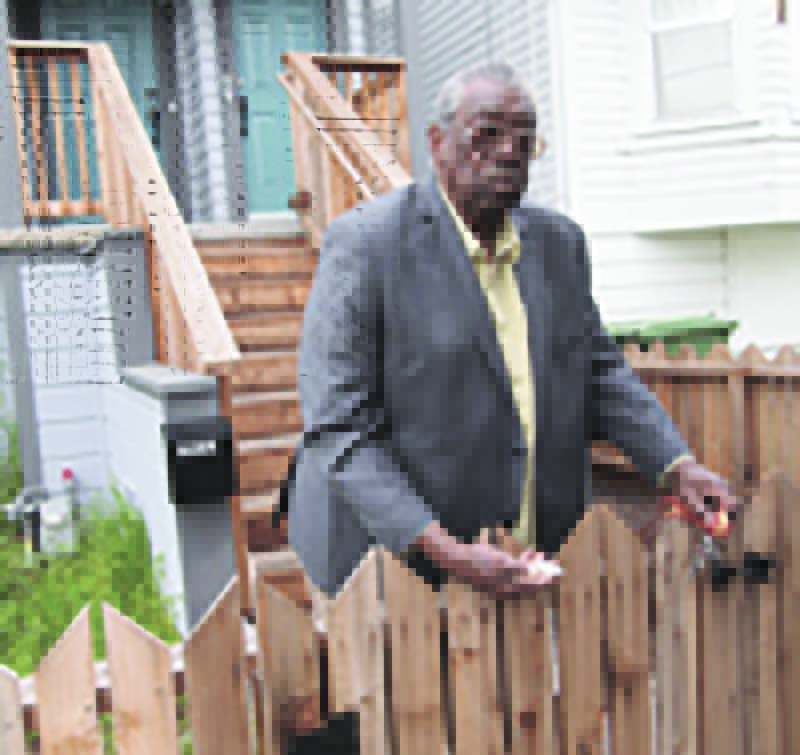 Who cares about Leonard Powell, an African-American, South Berkeley resident being able to keep his home of over 45 years?  His neighbors care – they have come to court to support him.

The community group, Friends of Adeline, cares. They have raised the alarm about the attack in their community.

Thousands of ordinary people from all over the country care. They have sent their small donations to help Leonard Powell keep his house.

Unfortunately, the courts do not care. The sixth judge who has been overseeing this case continues to refuse to rule that Mr. Powell should get his home back.

No judge has been watching closely enough to keep all the predators from trying to take money from Mr. Powell.

Even Habitat for Humanity, the large nonprofit organization, has cooperated with the City of Berkeley so that they can get the local Community Development Block Grant (CDBG) money that has been going to South Berkeley-based Rebuilding Together for housing rehabilitation.

Habitat said they worked on the Mr. Powell’s Harmon St. house because they “felt our community-based model would be a good fit with the goal of keeping Mr. Powell in his home in safe and sanitary conditions.”  But they somehow participated in running up the renovation costs from $300,000 to $780,000.  Did they care?

Why hasn’t the City of Berkeley cared about one of its own longtime residents?

Inspectors signed off on the completed work in September of 2018.  Now, six months later, the “new” exterior paint is peeling off the more than $700,000 remodel.  The “new” space heaters are inefficient, dangerous for children and take up much space.  The downstairs kitchen cabinetry is unfinished.  Do the people who ordered the work care?

The Bay Area Receivership Group, Gerard Keena, has charged Mr. Powell over $30,000 in the last few months after the job was completed.  While blocking an agreement to allow Mr. Powell to return to his home, they continue to charge him to store his property and to pay for their legal fight against Mr. Powell.

Is this caring, or is it Senior Abuse?

Please call the following to demand they stop this abuse