Opinion - A Dire Situation Getting Even Worse at San Quentin
Advertisement 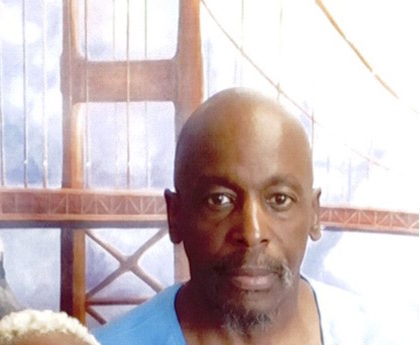 Yes, prisoners are in prison, right or wrong, but that does not mean they should be allowed to die from something that possibly could have been prevented by taking proper measures that would aid in the prevention of the needless loss of lives here at San Quentin State Prison.

I contracted the virus myself and I am still dealing with its residue while on the road to possible recovery.

I would be remiss not to speak the truth to those in power: I do believe that many more of the state’s prisoners will perish if proper measures are not taken to reduce the overall prison population to minimize the influx and spread of COVID-19.

Prisons are not equipped or designed to handle an epidemic, especially one of this proportion. Imagine living with another person in a crawl space the size of a small closet and coming out to shower surrounded by people exposed to COVID-19 every single day. It’s no great wonder so many men are dying, almost daily.

Coping with the COVID-19 pandemic has been quite an ordeal for the prisoners here. It has also been hard for those in charge, as they try to get a grip on how to handle this pandemic.

It’s apparent to us that they are up against seemingly impossible odds that are increasing daily because as they are dealing with the spread and management of this relentless coronavirus. Men are falling ill daily while some are able to beat back their illnesses and rise above it. But, far too many are dying as a result of the virus.

I am here on the front lines in San Quentin where ‘too little and too late’ is the best that can happen as we are trapped in a deadly situation behind the lines of imprisonment.

We have heard rumors that the state is preparing to release some prisoners who are at a greater risk of succumbing to this deadly virus. Unfortunately, the truth be told, no one is safe, young or old, especially those with underlying health issues. I’ve witnessed at least five individuals that I knew personally die, a couple only several cell doors down the tier from me.

The state’s plan to release thousands of prisoners appears to be a ploy because the vast majority of those to be released have only a few months left on their sentences anyway.

To pretend that these early releases will directly impact the bigger picture of the pandemic is a farce, a political stunt.

There are “lifers,” both violent and nonviolent, who have completed the majority of their sentences as they pay their debt to society, and they qualify to be released as well, or else they face the real possibility of dying in prison from the virus.

The fears that some people have that by releasing certain individuals who may pose unreasonable risks to society is quite understandable, however, the keyword is ‘may.’

The indisputable reality is that men and women are dying based on fears and conjecture, not self-evident truth.  In or out, we’re all in this battle together and only together will we be able to battle this virus and create a space for victory for everyone.

Prisoners are no different from any other human being: Yes, we broke the law in some form or fashion, some petty, while others may be more serious in nature, nonetheless consideration for release should be afforded as a preventable death sentence.