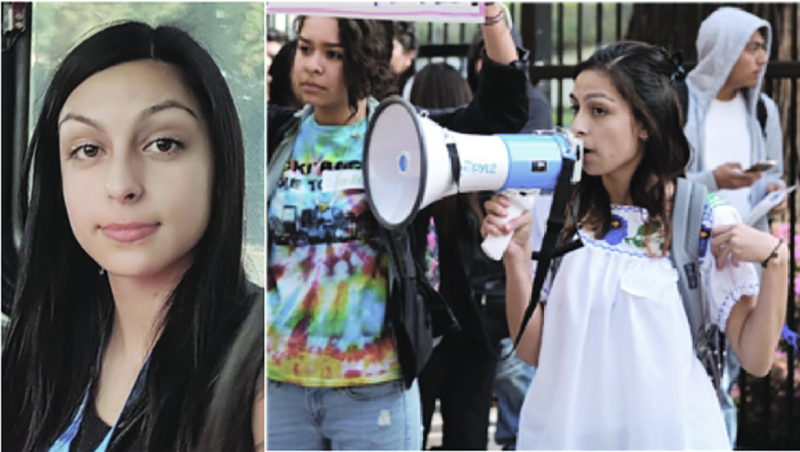 Gema Quetzal Cardenas, 16, of Oakland, has been appointed to the California State Board of Education and is also serving as a student director on the Oakland Board of Education for 2017-2018. An 11th Grader at Life Academy, Cardenas has a long history of civic participation, serving on the governing board of the All City Council (ACC) Student Union since 9th grade.

She also currently participates as a student leader on the district’s Sanctuary District Task Force, while maintaining a 4.0 GPA. She often speaks out for justice for all students and has organized her peers to participate in student-led marches on immigrant rights.

“In the rise of the new political climate targeting immigrants and Muslims, the most important issue to me today is the mass deportation being planned for undocumented immigrants,” she said.

“My closest friends are undocumented, and I am the child of two immigrant parents,” she said. “Many young people are frightened to go to school because they feel they are in danger of ICE; which should never be the case.

Related Topics:EducationOaklandState Board of Education
Up Next

State of Black Education in Oakland Kicks Off at Kingston 11