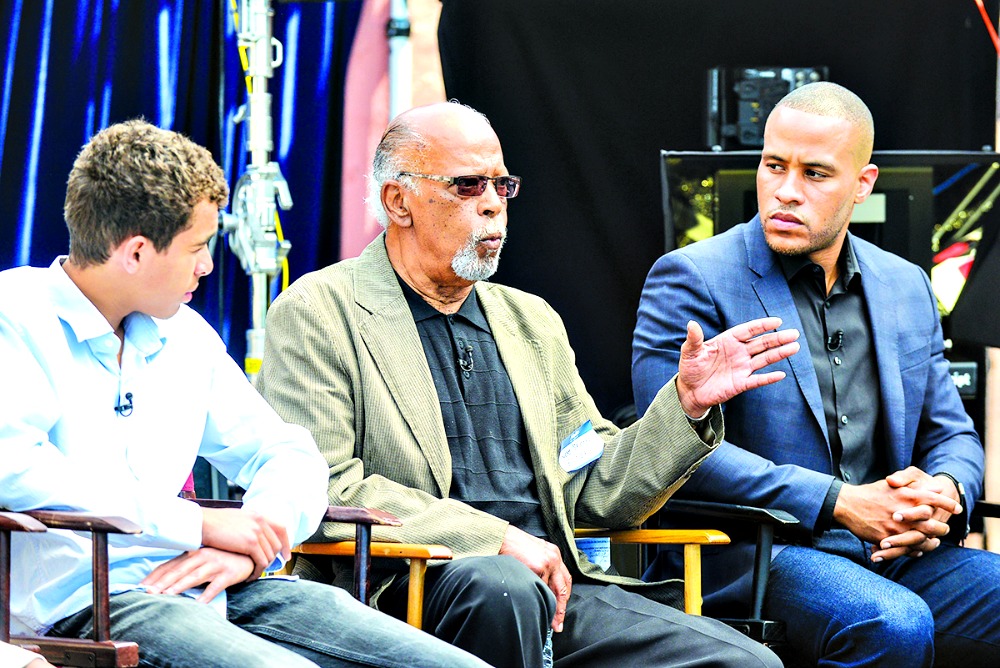 By Brotherhood of Elders Network

In many ways our country is at a historical crossroads—will we land on the right side of history?

The current Deferred Action on Childhood Arrivals (DACA) and the immigration controversy and debate in general are reminders of some of the core values that have served as a glue for our nation and for civilized societies in general —life, liberty, the pursuit of happiness and justice for all.

Are we becoming an uncivilized nation, reserving our core values for some and not for all?  Are we forgetting that this nation’s formation was made up of immigrants from all corners of the world? (With the exception of  American Indians and African Americans, who were kidnapped and brought here as slaves.)

Must we be reminded of our dark past when in 1850 the Fugitive Slave Act allowed bounty hunters –now named Immigration and Custom Enforcement (ICE), to be deputized to return slaves –now named DACA, Dreamers and all Immigrants, to be jailed or to be deported?
We must remember that the Underground Railroad “didn’t just go north.” African slaves sought refuge with Indian nations, marooned in the swamp and fled not only to Canada, but to Mexico as well.

For non- Dreamers and Immigrants—not just Latinos, but including immigrants from Africa, Asia and Europe, put yourself in their shoes: living in the shadows, worried at every turn in your day that your home, privacy and person could be invaded or violated; parents sending their kids off to school and both parents and kids not knowing at the end of the day if they will see each other any time soon; and denied housing or job opportunities because of their immigrant status.

And it goes on and on.

In Oakland, like many other communities in the Bay Area and throughout this Nation, immigrants are a key and important ingredient of what we call and think community is all about.
Immigrants are our neighbors and do what neighbors do, look out for each other; our kids play and go to school together; they are our co-workers, our church members, and more and more our significant others.

It is time for all hands on deck –that means for all of our elected officials to be visibly supportive to pass the Dream Act without amendments.  In the two houses of Congress there are two bills to do just that:  Senate Bill 1605 and House of Representatives Bill 3440.

According to the Courage Campaign, 12 Republicans Senators have voted for or co-sponsored DACA-type legislation in the past which, added to the 48 Democrats, gives us the 60 Senator majority we need.  In the House, there are 28 Republicans who have also voted for or co-sponsored DACA-type legislation. Add that to the 194 Democrats and we have 222  likely votes for a bill that only needs 218 to pass. We all are what we have been waiting for; let’s make this happen now!

By allowing the rights of any one group of people to be eroded, we begin to allow the dismantling of all the progress that we all have collectively made.

We must use our every resource—legal, financial, political, institutional, as well as personal to insure our brothers and sisters are not robbed of their rights and humanity and herded up and deported.

We refuse to let this happen and urge everyone in the African American, Native, Asian/Pacific Islander, Latino, Middle Eastern, LGBTQ, and the White communities to stand together against this latest effort to separate, distance, and segregate the peoples of our society. Will we land on the right side of history?

Tpos environments where Black boys and young men can do more than survive, but to THRIVE.

In pursuing our mission we recognize that in the communities we live some of the same conditions and circumstances that affect Black boys and young men are the same for Latino boys and young men as such, on Caesar Chavez’s birthday in March 2016 the BOEN came together with Oakland Latino Leaders and formed the African American Latino Action Alliance (AALAA).

The BOEN sees itself in partnership with the Latino community where our interests and neighborhoods are linked, and we are all DREAMERS.