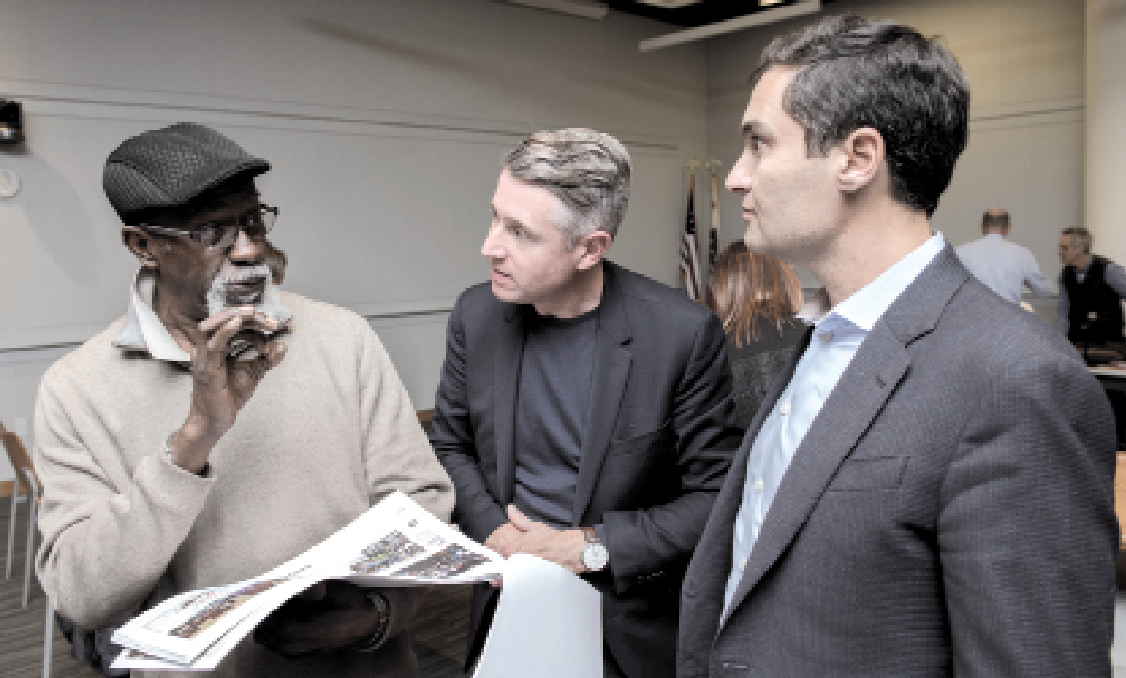 A’s President Dave Kaval told the Post that he wants the upcoming February meeting, that was set by residents who have participated in the Community Benefits Agreement process, to be an opportunity where the process of continued community involvement can occur.

“We’re really happy to be partnered with the city and the Port of Oakland, to ensure that we have a robust community benefits plan, with the ballpark, other neighborhoods and residential communities, that we’re planning at the Howard Terminal site,” Kaval said.

After more than two years of extensive outreach in East and West Oakland, the A’s have also hosted meetings for the residents to gather and discuss community benefits for the new ballpark and surrounding development.

With 150 community members in attendance, the Community Benefits Agreement process launched on Jan. 11 to identify seven cohort topics of concern.

Continuing, Kaval said “We’re excited about key stakeholders and community members across Oakland, but of course in West Oakland especially, because that’s where we’re building, to get people’s feedback on key areas and key cohorts, including affordable housing, workforce development, and environmental justice.  Our project can help Oakland in a variety of ways.  And that’s something we’re committed to and I think this process shows, that we’re walking the walk.”

Kaval said his organization is continuing to lead the charge on community involvement, “especially when it comes to local and minority business.” 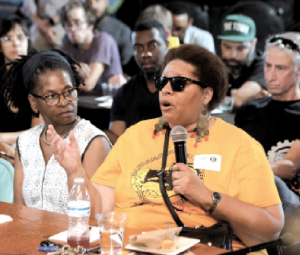 For the past two years, the A’s have hosted meetings for community members to gather and discuss community benefits for the team’s proposed new ballpark. The City is now overseeing the official CBA process. Speaking at one of the meetings is Ms. Alvirdia Owens. Photo by Oakland A’s.

The team’s plan incorporates more employment opportunities for small businesses that want to expand their staff and revenues.

Website information will be linked to the City of Oakland’s website as the Oakland A’s move closer to the final vote.

“The environmental review will be released on Valentine’s Day.  We’re as close as we’ve ever been,” explained Kaval.

“We are working with the city now, and we’re negotiating a development agreement that will specify how we’re going to proceed,” he said.  “I think there’s a lot of learning from the Oakland Army base, in terms of how they’ve done their outreach in staffing with the logistics jobs, construction, and transportation jobs, and I think we’re going to look for a similar solution in our case.  But, I think that’s something we’re going to hammer out over the next couple of months.”

When asked if the A’s plan is flexible enough to include community involvement, Kaval said, “We’re open to get folks’ input on the best way to approach it.  It’s not just jobs, it’s also contracting with businesses that are either minority-owned or locally-owned in Oakland.  That’s another big part in this too, they’re people who have businesses in West Oakland and East Oakland.  Our project can give them a lot of work for their own business to help them expand. We see a way for them to add more staff, earn more money as well.”

“We are definitely going to be expanding, especially as we get closer to opening our new stadium,” said Kaval.  “And that’s going to include everything from needing people to build the venue, designing it, project management, as well as digital design and creating content along with our own marketing department.”

“We have a pretty robust outreach program that runs by Andre Chambers, who is the Head of our People Operations Department,” he said. “We’re looking for people locally to fulfill these positions within the front office.  We feel we can incorporate a great group of people who are Oakland-based, rooted in Oakland, and committed to opening this new ballpark.”

The City of Oakland’s website will have all upcoming meetings and information on involving the new ballpark at the Howard Terminal site.

For details, go to City of Oakland website at www.oaklandca.gov/projects/oakland-waterfront-ballpark-district