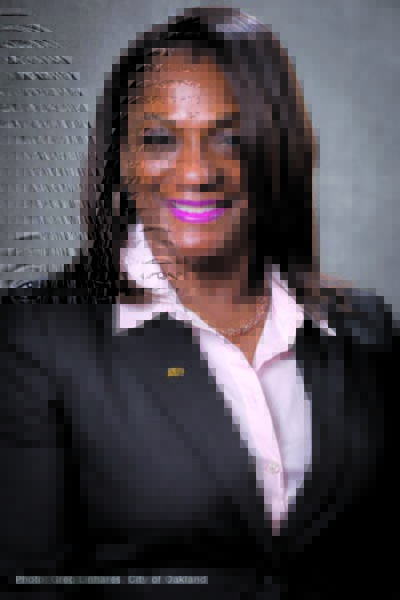 As part of the budget adopted 11 months ago, the Oakland City Council directed $2.2 million in state funding to anti-displacement and homeless prevention services – particularly legal representation for tenants facing eviction. But the money so far has not been spent.

Then, the Housing and Community Development has been so short staffed that it has not been able to set up the funding and hire nonprofits to implement the program, Byrd told councilmembers at this week’s Community and Economic Development (CED) Committee meeting.

The implementation of the program is supposed to be back on track by the time the council takes its summer break at the end of July. The money is intended to be used for counseling for homeowners facing foreclosure, arrange for attorneys to represent tenants facing eviction, and to provide outreach to educate renters of their rights.

“I certainly have sympathy for Ms. Byrd’s department, which has been severely hit by work overloads and staff reductions,” said James Vann of the Oakland Tenants’ Union, speaking to councilmembers.

“But almost a year has past since the council approved $2.2 million for putting into place an effective anti-displacement program,” he said.

“It has been shown that people who have legal representation have a 95 percent success rate (in opposing) an unfair eviction,” he said, adding that in the months since the funds were approved but not dispersed, an estimated 5,000 to 7,000 families were displaced.

“We are losing our city, the way people are getting displaced,” he said. “We need to put an urgency on this and get this out the door immediately.”

Councilmember Rebecca Kaplan said these anti-displacement funds are another way of fighting homelessness.

More people are becoming homeless, she said, “because people whose evictions could have been prevented are not being prevented.”

“This also happened in 2015 when there was a budget authorization for anti-displacement services, but it was not (implemented) for about nine months after the council authorized it,” she said.

Kaplan also questioned how $2.2 million could be misplaced.

“I read the report that says the money was lost for some period of time,” she said. “That was certainly concerning.”

“Let’s be expedient making sure these funds are rolled out as soon as possible.  We’re losing residents, and they are becoming the unhoused.

“We want to show the people of Oakland that we love them, that we care about what happens to do them, so that when they go to court, they have adequate representation. The Post asked the Mayor how the money could be “lost,” but her office referred the questions to Michele Byrd.

According to Post Publisher Paul Cobb, “Mayor Schaaf has a pattern and practice of diverting, failing to spend or returning funds that would have helped the Black community.”

Itemizing some of these practices, Cobb said, “She had to return $600,000 in job training funds to the state. She left $2 million for youth jobs on the table, and she significantly reduced job-training funds for Neighborhood Career Centers.

“And she instructed her staff not to seek community benefits for foreclosure and displacment funds while placing $2-plus billion of public money annually in the bank the city uses.”