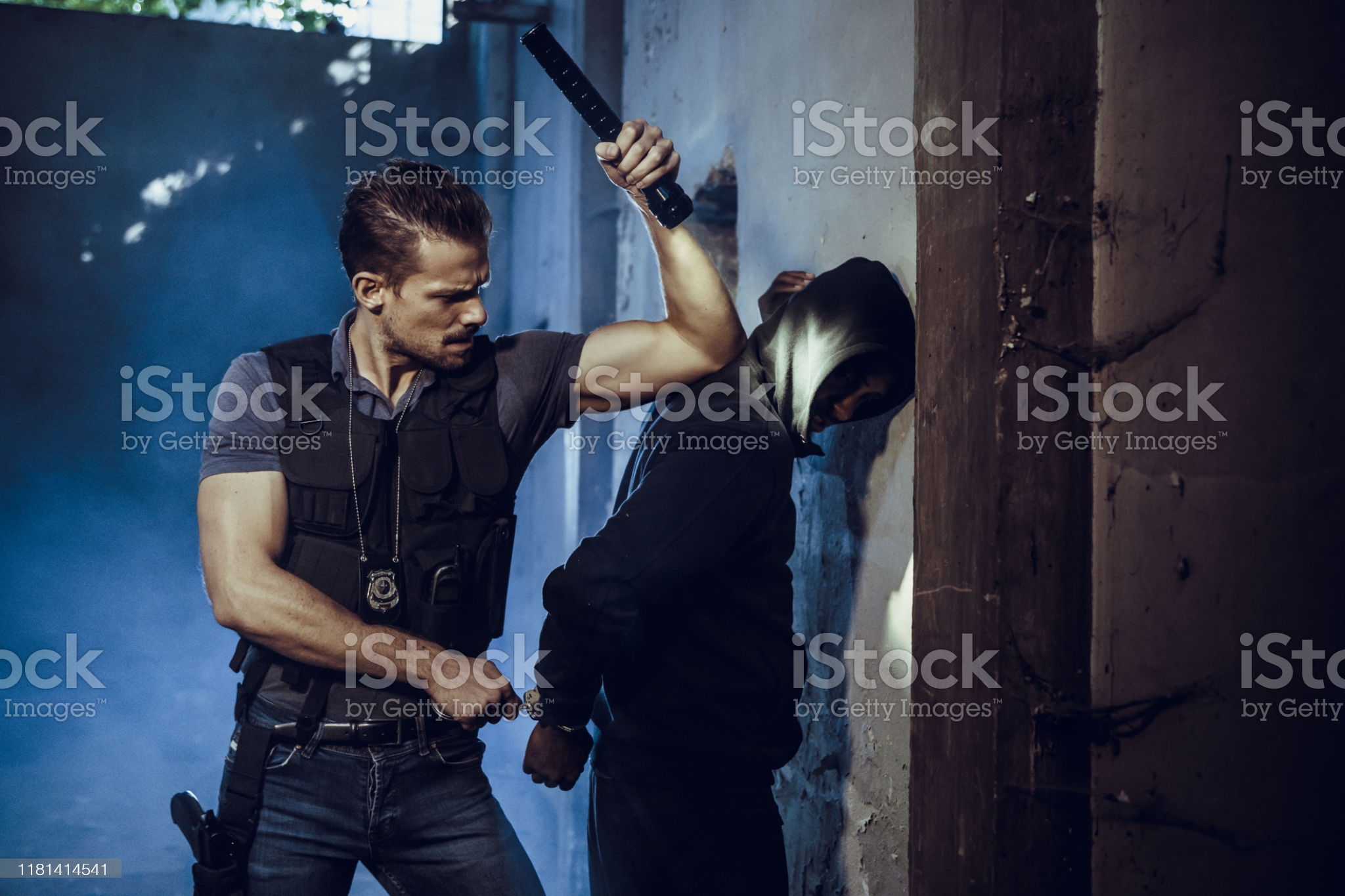 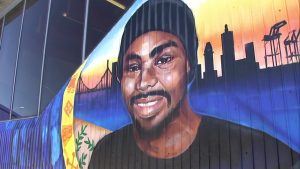 The family of Oscar Grant was disappointed with the decision by the Alameda County District Attorney’s Office to decline to press charges against the former transit police officer whose conduct led to Grant’s shooting death on New Year’s Day in 2009.

Nancy O’Malley, who had agreed to review the conduct of officer Anthony Pirone in October and perhaps file charges against him, made the announcement on Tuesday morning in response to pressure brought by the Grant family last month.

According to the New York Times, O’Malley released a report saying that Pirone, who was removed from the BART police force in 2010, will not be charged because he neither killed Grant nor aided and abetted Johannes Mehserle, who was convicted of manslaughter in a Southern California court in 2010.

“Although Pirone’s conduct was aggressive, utterly unprofessional, and disgraceful, it did not rise to the mental state required for murder,” O’Malley said in a statement.

It was Pirone who responded to a fight on a BART train carrying passengers from New Year’s Eve celebrations. Bystanders recorded the encounter using their cell phones and witnesses also described Pirone’s encounter with Grant. Pirone pulled Grant from the train violently, struck him for no reason and was heard using racial epithets while kneeling on Grant’s neck as Grant lay face down.

Once Grant was able to place his hands behind his back, Mehserle shot him and claimed the shooting was an accident having intended to use his Taser to restrain an already cooperating Grant who died a few hours later. His death set off mass protests in Oakland.

“In view of everything we have considered — and reconsidered — we conclude that we cannot prove Pirone guilty beyond a reasonable doubt,” O’Malley said. “We condemn Pirone’s conduct but we cannot charge him with murder or any other crime.”

The family of Oscar Grant had hoped for justice because the report about Pirone had recently been released after nearly 10 years.

That report placed much of the blame for Grant’s death on the “actions of Officer Pirone,” which “started a cascade of events that ultimately led to the shooting of Grant.”

“In view of everything we have considered — and reconsidered — we conclude that we cannot prove Pirone guilty beyond a reasonable doubt,” O’Malley said. “We condemn Pirone’s conduct but we cannot charge him with murder or any other crime.”

A misdemeanor charge of assault under the color of authority was also ruled out now because the statute of limitations had expired.

Oscar Grant’s mother, Rev. Wanda Johnson, and other family members had hoped for a different outcome, given the revelations of the report. “My son laid on the cold concrete with that Officer Pirone’s knee on his neck,” she said. “My son’s head was smashed against the wall and he was kicked and he was pushed. Pirone still walks around free today.”

BART board members and Oakland City Council members also did not take the news well, condemning O’Malley’s decision and calling upon her to reconsider.

“I want to be clear that Nancy O’Malley has failed, yet again, to do her job,” Simon said at a Tuesday morning news conference. “And that job was to ensure equal justice under the law.”

“The D.A. could have a change of mind and the BART board should go on record that there cannot be justice until Mr. Pirone is held accountable for his violence and creating the chaos that led to Oscar Grant’s murder,” Dufty said.

Grant’s family will also continue to pressure O’Malley who did agree to a meeting next week.

“We will leave no stone unturned,” said Grant family attorney Charles Bonner. “We will go to the state Attorney General and we will also go to the federal justice department to seek federal criminal prosecution for civil rights violations, and we ultimately will go to the voters if Nancy O’Malley does not do the right thing.” 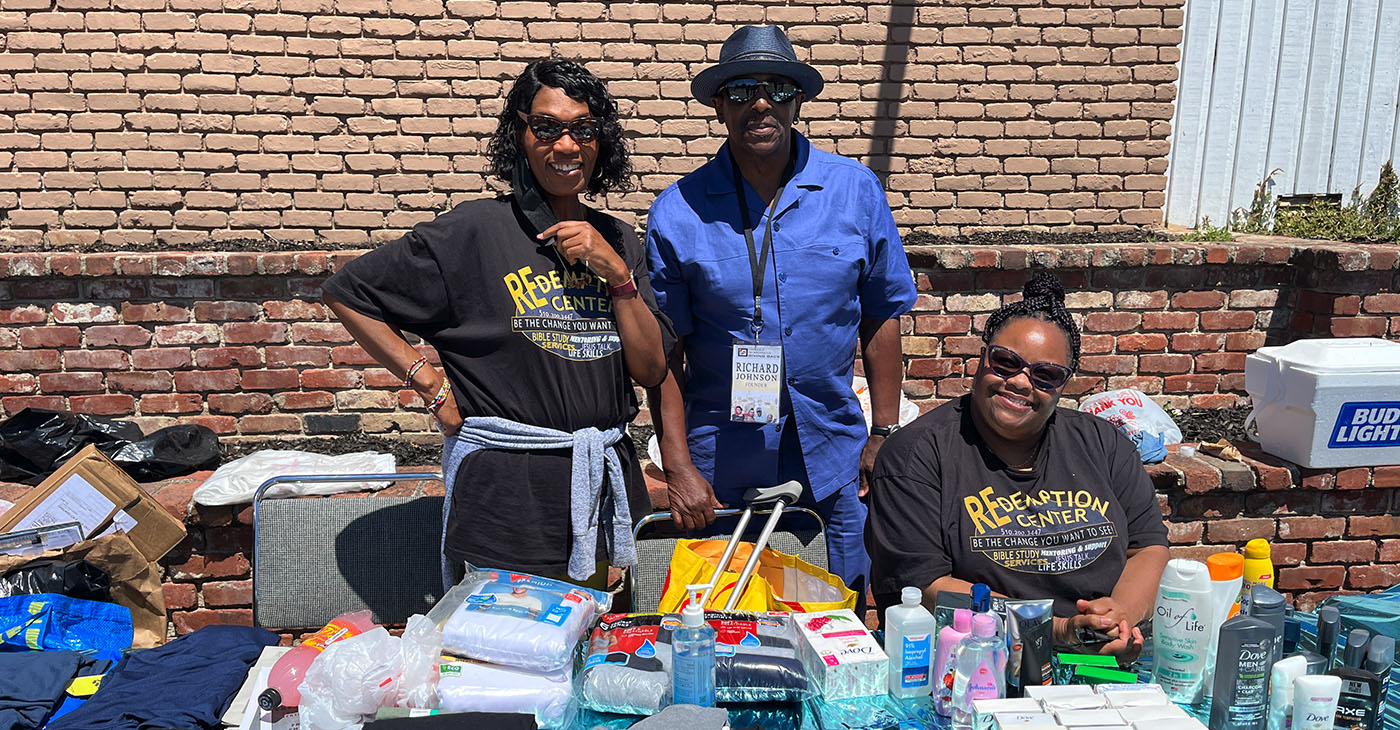 The founders of The Formerly Incarcerated Giving Back organization sponsored a Father’s Day celebration event that highlighted a “just serve spirit” which recognized dads who want to “give and serve” their families and communities, that reached over 150 men in deep East Oakland. Fathers from all walks of life, languages and nationalities were in attendance.

The celebration was co-sponsored by several organizations, including the African American Sports and Entertainment Group, (AASEG) headed by Ray Bobbitt, B.O.S.S. Reentry program, and the Reentry, The Post News Group and Violence Prevention programs directed by John Jones III.

The participating fathers were offered counseling and services to cover back rent, rental deposit, utility bills, credit repair and much more.

As fate would have it, one of the Founders of Formerly Incarcerated Giving Back, Mr. Paul Redd, was called home by the Lord. His passing came on Father’s Day. We could never question God’s work when He calls His flock home. Paul will be greatly missed by many who loved, appreciated and respected him greatly. We, the Formerly Incarcerated Giving Back, gave back in our experience our profound condolences to the family. We will certainly continue the work that he helped to establish. Rest in Peace my brother.

To utilize the services of BOSS (Building Opportunities for Self-Sufficiency), please contact John Jones at 510-459-9014. For more information on this activity and future activities, please contact Richard Johnson at fatijohns28@gmail.com. 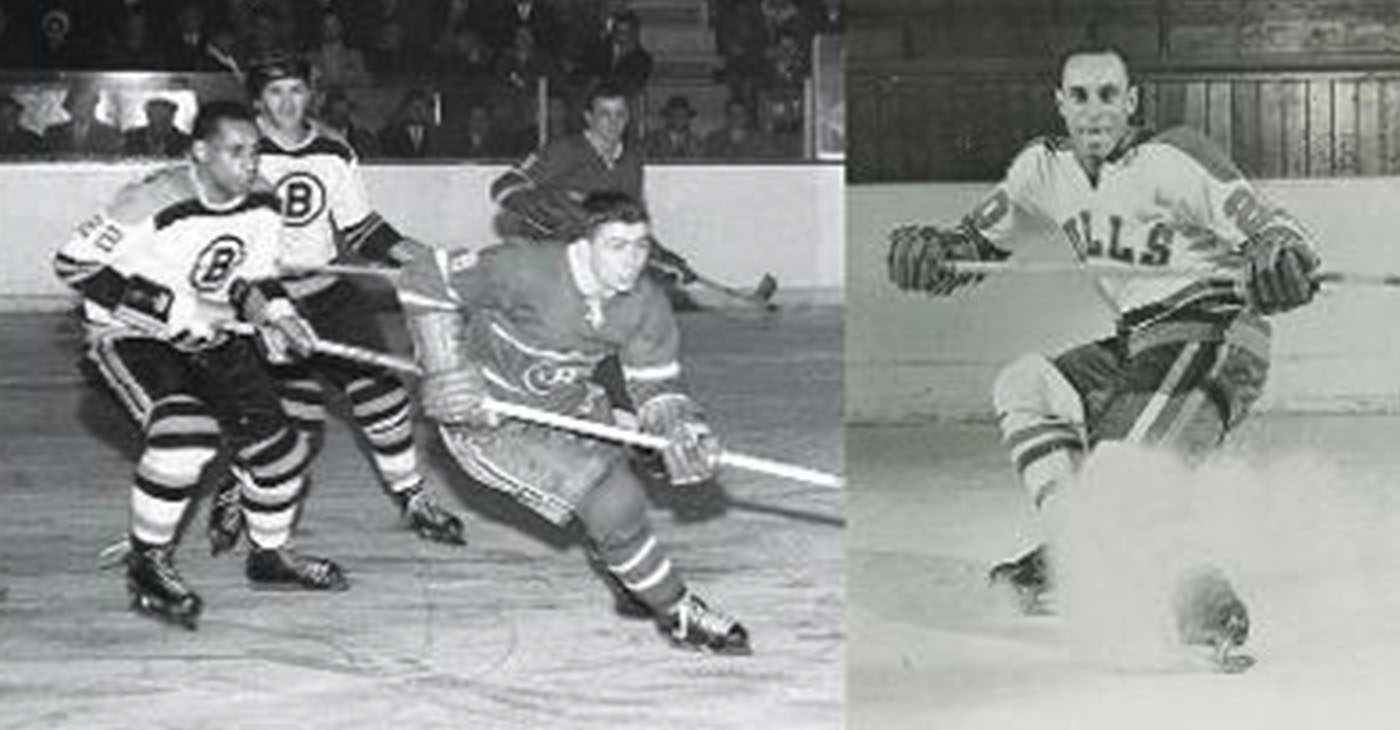 Willie O’Ree on the ice in mid-career.

Historically, professional hockey has held fast to its tradition of lacking diversity among its players. But no Black on the ice did not hold Willie O’Ree back. He started playing hockey at age 3 and instantly had a passion for the game.

Born on October 15, 1935, in Frederickton, New Brunswick, Canada, O’Ree at the age of 14 years old, played with his brother Richard in organized hockey. Within a year, he was playing with the Frederickton Falcons in New Brunswick Amateur Hockey team.

O’Ree played in Canada with the Quebec Frontenacts in the 1954-55 Junior League and the Kitchener Canucks of Ontario during the 1955-56 season. It was during this season that he lost 95% of his vision in his right eye after being hit by a puck. He also suffered a broken nose and cheekbone. Knowing that the NHL bylaws would prevent him from playing with the eye injury, he kept it a secret.

As a result of the relationship between the Boston Bruins and the Quebec Aces, O’Ree was called to play with the Bruins making him the first African American to play in the National Hockey League.

That same night the Bruins beat the Montreal Canadiens 3–0, so there was no fanfare in the fact that O’Ree was the first Black player to play in the NHL. Neither The Boston Globe nor The New York Times wrote anything about the historical event.

Racism continued to show its ugly head on and off the ice. On the ice there were always fans throwing things at him and players would make racial remarks and he would suffer body abuse.

However, during one game he returned the favor and broke his stick over a player’s head. During an interview, O’Ree shared that he was treated worse in the United States than in Canada.

He retired in 1979 at age 43. He has spent the past two decades as the NHL’s diversity ambassador, working to expand the sport.

O’Ree has received many accolades since his retirement. In 1998, he became the NHL’s director of Youth Development and an ambassador for the NHL Diversity program. He traveled throughout the United States promoting hockey programs, with a focus on serving economically disadvantaged children.

In 2021, as a celebration of Black History Month, all NHL players wore a commemorative helmet decal honoring O’Ree from January 16 to February 28.

O’Ree is the first player in NHL history to receive the honor. 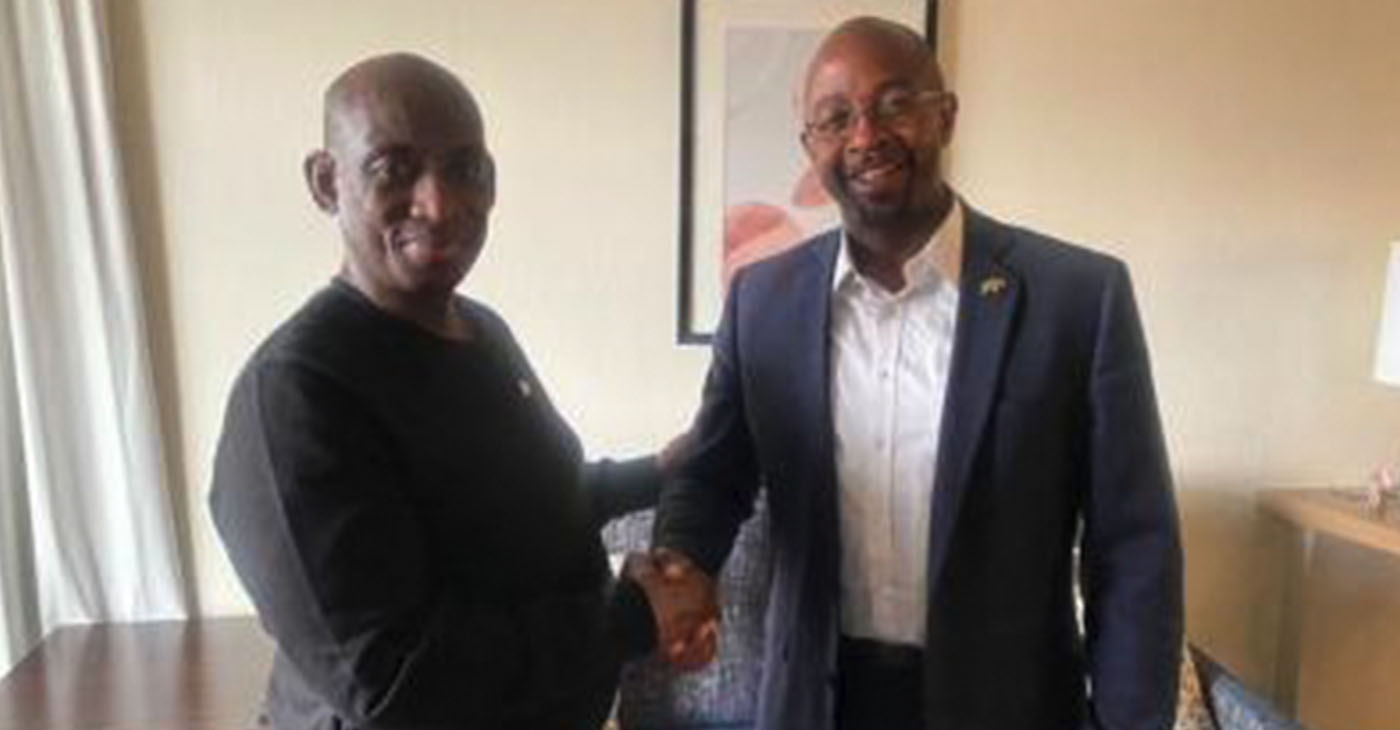 The Nigerian Embassy in Washington, DC was in Oakland for three days recently to provide needed passport services to Nigerians in the Bay Area and beyond.

Seen as a way of taking the embassy to the people, the event brought with it some dignitaries, including Nigerian Ambassador/Deputy Chief of Mission Mukhtar Ibrahim Bashir, Embassy Minister Peter Edako, and Nigerian Head of Mission/US Embassy Amiru Abdulmajid.

“Our goal is to meet Nigerian citizens where they are and provide services to them,” said Bashir. “I think we met our goal with more than 400 people that received services in Oakland alone.”

The president of Nigerian American Public Affairs Committee (NAPAC), Dr. Veronica Ofoegbune, echoed the sentiment of the ambassador by saying, “this event is an absolute success and we are happy that Nigerians took advantage of the opportunity to renew their passports.”

The ambassador and his team also met with Oakland City Councilmember Loren Taylor to discuss the possible business opportunities and sister city bilateral relationships between Oakland and Nigeria.  “Nigeria is one of the largest markets in Africa,” said Taylor. “I welcome the opportunity to open that market for our small businesses and investors from Oakland.”

Fourth of July Reminder: No Fireworks in Marin, Please

Going to County Fair? Take Bus or Ride Your Bike

COMMENTARY: The Plan for Transforming Public Safety and Policing in the U.S.