No Bullets, No Books
Advertisement 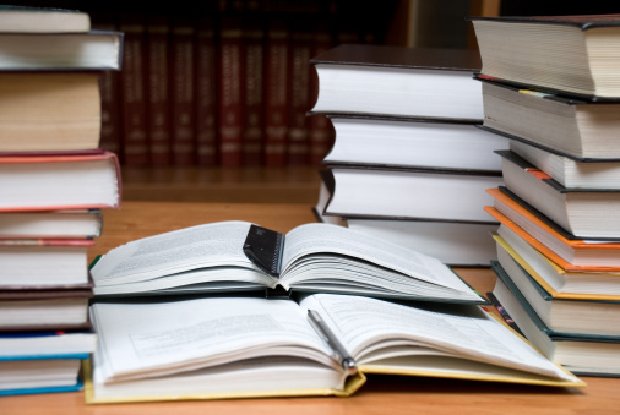 For more than a century, descendants of enslaved Africans could be punished or put to death for learning to read or arming themselves. The strategy: Keep Black America ‘dumb’ and defenseless.

By Karsceal Turner
Special to the NNPA from The Florida Courier

From the beginning, America’s founders and their descendants in formal and informal leadership have been willing to go to great lengths to keep Africans – kidnapped from their ancestral homes and transported to North America – from gaining the means to defend themselves from their oppressors.

The strategy: keep Blacks dumb and defenseless. From the Pilgrims’ arrival until the present day, the descendants of those Africans have been denied the same liberty “to bear arms” as their White oppressors.

Unarmed since day one

From that fateful day in 1619, when the first African set foot in the North American colony of Jamestown, Va., to help produce tobacco and cotton, there has been a concentrated effort to keep Blacks unarmed and helpless.

And that effort took two avenues: (1) through racist laws that punished Black people found in possession of guns – laws that eventually morphed into current-day gun control efforts; (2) through efforts to convince Black Americans to disarm themselves, especially by historical corruption of the ‘non-violent’ civil rights movement.

Clayton E. Cramer, a history professor at the College of Western Idaho and the author of numerous books on gun ownership in America, writes, “Racist arms laws predate the establishment of the United States. Starting in 1751, the French Black Code required Louisiana colonists to stop any Blacks, and if necessary, beat ‘any Black carrying any potential weapon, such as a cane.’ If a Black refused to stop on demand, and was on horseback, the colonist was authorized to shoot to kill.”

According to Cramer, “the historical record provides compelling evidence that racism underlies gun control laws, and not in any subtle way. Throughout much of American history, gun control was openly stated as a method for keeping Blacks… ‘in their place’ and to quiet the racial fears of Whites.”

Although the Second Amendment to the U.S. Constitution clearly states, “A well-regulated Militia, being necessary to the security of a free State, the right of the people to keep and bear Arms, shall not be infringed,” it was not written with non-Whites in mind.

In the early years of America, the North and the South had their own respective justifications for keeping Blacks disarmed.

In both the colonial and immediate post-Revolutionary periods, the first laws regulating gun ownership were aimed squarely at Blacks and Native Americans. In both the Massachusetts and Plymouth colonies, it was illegal for the colonists to sell guns to natives, while Virginia and Tennessee banned gun ownership by free Blacks.

The central importance of slavery to the South’s economy made it clear to White Southerners that allowing enslaved Africans to arm themselves was a non-starter.

The Northern states of the new republic remained in fear of armed Blacks, whether ‘free’ Blacks living “up North” or enslaved Blacks toiling “down South.”

Why? Revolts against slave owners often degenerated into generalized racial warfare. And there was the perception that free Blacks were sympathetic to the plight of their enslaved brothers and sisters.

Therefore, whether people of African descent were ‘free’ or enslaved, they would remain weaponless and defenseless anywhere in the young country named America.

During the Haitian Revolution of the 1790s, enslaved Africans successfully threw off their French masters. This revolution was perceived to be a race war, aggravating existing fears in the French Louisiana colony and among Whites in the slave states of the United States.

From the 1830s to the 1860s, a movement to abolish slavery in America gained strength in the northern United States, led by free Blacks such as Frederick Douglass and White supporters such as William Lloyd Garrison.

In 1831, as a result of the Nat Turner revolt, Virginia and other Southern state legislators passed new laws to control enslaved Africans and free Blacks. They prohibited teaching any Black person – slave or free – how to read; restricted rights of assembly for free Blacks; and punished any Black person who was armed.

Three decades later in 1850, Douglass declared, “The best response is a good revolver” as a rebuttal to the Fugitive Slave Act that required any slave who escaped to be returned to Southern slavery.

The end of slavery in 1865 did not eliminate the problems of racist gun control laws. The former states of the Confederacy – many of which had recognized the right to carry arms openly before the Civil War – developed a very sudden willingness to qualify that right. Thus, the various “Black Codes” adopted after the Civil War required Blacks to obtain a license before carrying or possessing firearms or even Bowie knives.

During the post-Civil War Reconstruction period (1865-77), former slaves received the rights of citizenship and the “equal protection” of the Constitution in the 14th Amendment (1868) and the right to vote in the 15th (1870), but the provisions of Constitution were often ignored or violated.

Reconstruction was ultimately frustrating for African-Americans because of the restrictive gun laws and the violent resurgence of Southern White supremacy, which came in the wake of the U.S. government’s decision to withdraw federal troops from the South.  The rise of racist organizations such as the Ku Klux Klan was aided by the inability of newly freed enslaved Africans to defend themselves.

In 1892, Black newspaper owner Ida B. Wells noted that “the only times an Afro-American who was assaulted got away was when he had a gun and used it in self-defense.” Wells offered some blunt advice: “a Winchester rifle should have a place of honor in every Black home, and it should be used for that protection which the law refuses to give.”

The premise that the civil rights movement in the South was strictly a nonviolent movement remains a dominant theme and a gross misrepresentation of history. In almost every Southern community, Black people picked up arms, organized, and met force with force to defend their leaders, their communities, and their own lives.

In particular, Black people relied on armed self-defense in communities where federal government officials failed to protect them from the violence of racists and segregationists – who were often supported by local law enforcement.

Although he was denied a concealed-carry permit, Dr. Martin Luther King, Jr. had a veritable “arsenal” at home. Far from being a violation of the principle of nonviolence, King’s willingness to defend himself and his family was part of a long, proud tradition in Black America.

Of note was the first major ban on the open carrying of firearms. It was a reaction to “Negroes with guns.”

A Republican-led bill was drafted in California after members of the Black Panther Party began hanging around the state legislature in Sacramento with their guns on display. The gun control bill was signed in 1967 by then-Gov. Ronald Reagan of California.

It was followed by the federal Gun Control Act of 1968, that was primarily a reaction to the dangers of “Saturday night specials” – cheap handguns owned by the poor and Blacks.

Next week: Gun control and the rise of the National Rifle Association.

‘I Will Light You Up!’: Texas Officer Threatened Sandra Bland with Taser During Traffic Stop