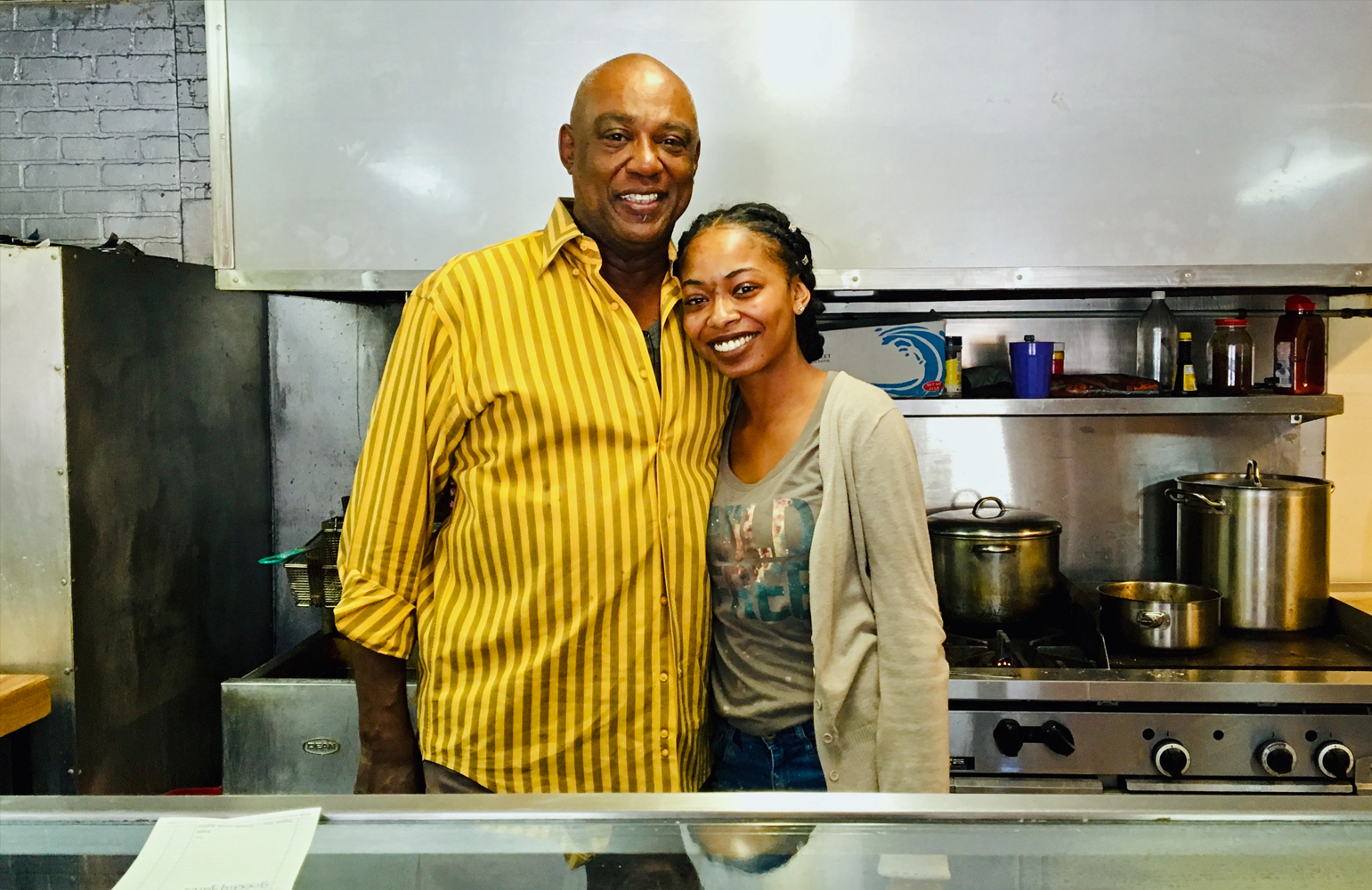 The Rich Life stopped by the Carlson Boulevard café on a recent sunny spring day to check out its lunch offerings and to taste for ourselves what all of its five-star Yelp reviews are buzzing about.

The café, which is located a little off the beaten path near the Richmond Annex, has a humble, unassuming exterior that gives it the look of a longtime neighborhood institution. Turns out, according to Richmond native and owner Donnell Rickey Jones, the café just celebrated its first anniversary in March 2019.

“It’s a place where people can come experience some good food and a pleasant atmosphere—and because of my work in the community and compassion for people—hopefully they’ll leave here with a new soul,” said Jones about his New Soul Café.

“We had our one year anniversary on my 61st birthday on March 23,” he added. “It was a great day…We introduced barbeque and oxtails on that day.”

During The Rich Life’s visit, café worker Larhesha Lowe greeted this reporter with a bright smile and friendly conversation while placing the order. I went for the Fried Chicken, which was served with the choice of two sides—in my case, macaroni & cheese and candied yams—as well as the café’s popular hot water cornbread. Lowe also offered me a taste of the café’s collard greens, which she personally made fresh that morning. To top things off, I ordered a cup of the café’s secret-recipe southern sweet tea.

The fried chicken was hot, crispy and very tasty and the candied yams dish was another notable stand-out, with a creamy sweetness that I really enjoyed. Overall, the lunchtime meal’s flavors really sang, and I enjoyed the complex ingredients of the southern sweet tea as well—something I hadn’t had the opportunity to try before. Thanks to my very legit soul food experience, it would have been easier than apple pie to mistake my location for a southern veranda instead of a Richmond boulevard. Next time I plan to try some of the café’s peach cobbler for dessert—word on the street is that it’s out-of-this-world delicious.

For the record, some of the other options on the menu include Fried Fish, Red Beans & Rice, Seafood Gumbo and Oxtail—to name a few.

“I’ve been cooking soul food since I was 13,” said Jones. “There’s a need for it and I saw an opportunity to take care of my family through soul food—so I jumped into this place. I took a big leap of faith and that faith has led me to five stars right now [on Yelp].”

If my lunch was any indication, Jones’ cooking certainly delivers five star flavor in an environment that feels warm and cozy just like someone’s home kitchen.

“If you’re in the Richmond area and you haven’t tried New Soul Café, you need to come try some of this most delectable food in the Bay Area,” said Jones. “The seafood gumbo is to die for.”