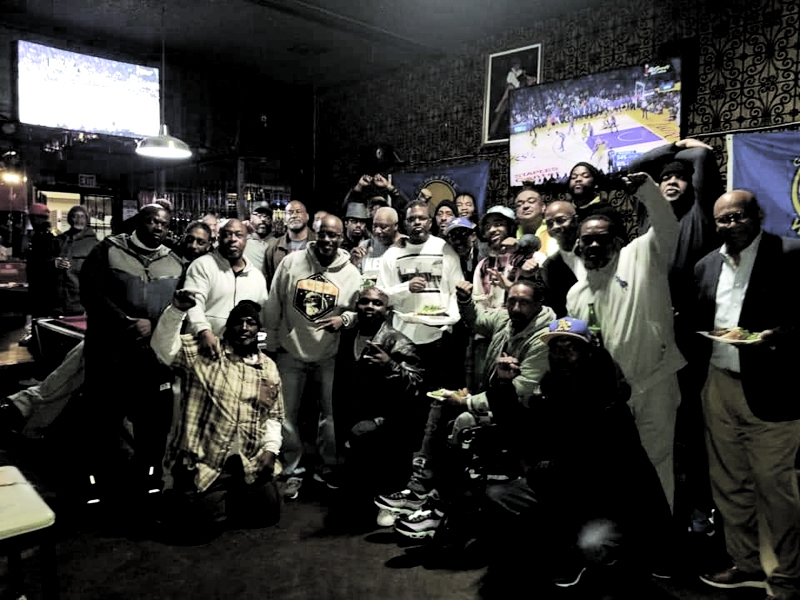 Several non-profit organizations lead by Black leaders convene at Apt C, a local nightclub in East Oakland, to discuss their commitment to stop the violence in the neighborhood.
“We aren’t asking for it no more, we’re taking back our streets,” said Daryle Allums of Adamika Village.

The group, comprised of leaders from “Take Back Our Streets” “Adamika Village, Stop Killing Our Kids Movement.” “The Ron Dellums Justice Center,” “My Brother’s Keepers” and the chief of Violence Prevention for the City of Oakland, have adopted the joint title of “Pillars of East Oakland.” The group has called for a war on violence and firmly believe they will be successful because many come from the very streets they are trying to save.

The East Oakland Pillars are demanding restorative justice thorough policy making and community outreach. They view themselves as “credible messengers” with a mission to take back the streets and make them safer for everyone. The East Oakland Pillars are planning a “No Yellow Tape Day” in the near future.Daryle Allums said, “We have to be the architects of our own change, it can’t happen outside of our community it has to come from us.”

Cesar Melvin Johnson, executive director of “Take Back Our Streets” lost two nephews and then his brother to gun violence. Johnson shared that, “Black men have been traumatized in Oakland. It’s tragic that our kids know the difference between nine millimeters and 45’s by the sounds. That’s knowledge kids should not have.”

Comprised of different generations of East Oaklanders, the members range in age from age 33 to old G’s, and so far are discussing the trauma and mental health issues that communal and gang violence has caused especially among Black men.
Oakland’s rich culture was discussed, from the Panthers to the Civil Rights Movement. John Jones from the Dellums Institute broke down the history of Oakland from 1900s to 2019 within minutes.

Most important were the solutions, such as being proactive in reaching out to the city to insure people in East Oakland have access to the jobs that are coming to the Port. All of the men at the table agreed they have to bring youngsters to the table and are planning a three-part summit to identify youth dreams and concerns.

Darren White, founder and executive director of “Realize Potential” Inc., a community organizer with the Urban Strategies Council, and Brother’s Keepers of the Obama Foundation said, “We are not here to attack people in the streets. We are including everybody, and we’re expanding this message to West Oakland.”

John Jones III of the Dellums Institute for Social Justice said “It was wonderful to see people coming together from diverse backgrounds, speaking from their hearts and minds. We reached a consensus that it is our responsibility to make our communities safer. We are the ones that must establish systems and policies and that can only be accomplished with boots on the ground, the days of a helicopter approach are over. It’s imperative that we understand the dynamics and the rhythm of our community, structural policies and the institutional context.

“For example, we’re in the grips of a crippling housing crisis and we’ve lost half the Black population. Losing that amount of people means we’ve also lost Black institutions resulting in the loss of institutional memory,” Dellums continued. “So many people coming to Oakland don’t understand our oppression, being victimized and racially profiled, which is the vanguard of our demand for liberation and social justice. The same people that has given Oakland its global reputation are the same ones being racially profiled and subjected to oppression while being told for too long that we are responsible for our condition in Oakland.”

District 6 City Councilman Loren Taylor said “it was inspiring to connect with other Black men who, despite our different experiences, and different roles we play in the community, share a common set of issues that face all Black men in America, and share a common commitment to collectively work to transform the trajectory of the Black community in Oakland.”