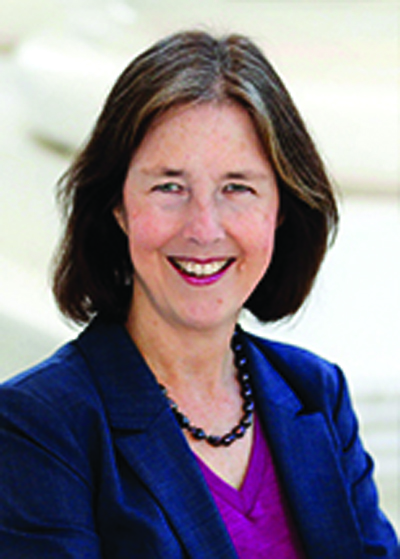 To serve and protect California’s many communities is a daunting responsibility –  from entry level jobs to the highest elected positions in public safety.  Therefore, qualifications to hold these positions are important considerations as those criteria could mean the difference between life and death.

In the California Legislature, there are a few bills being proposed that aim to specify qualifications for those who take the oath to maintain public safety.

One proposed law, Senate Bill (SB) 271, also known as the Sheriff Democracy and Diversity Act, is authored by Sen. Scott Wiener (D-San Francisco) and Sen. Nancy Skinner (D-Berkeley). It would allow any registered voter to be eligible to be voted county sheriff in California.

“We want to reimagine a sheriff’s department that is accountable to the community they are supposed to serve, and the only way that happens is if we the people have the ability to run a diverse group of candidates, candidates that are concerned with taking care of our communities and not dominating, incarcerating and dehumanizing them,” said Cat Brooks, executive director of the Justice Teams Network, an organization committed to eliminating “state violence.”

Currently, only individuals who possess Peace Officer Standards and Training (POST) certificates can run for the office in the state.

This requirement went into effect in 1989, making Michael Hennessey, the longest serving sheriff of San Francisco, the last civilian who was elected in California in 1980.

“Since 1988, California voters have come to accept that only individuals with a law enforcement background can competently perform the job of a sheriff. SB 271 puts an end to that myth,” said Judge LaDoris Cordell, former Independent Police Auditor for the city of San Jose.

Cordell went on to explain why she takes this position.

“In 2015, I chaired a Blue-Ribbon commission that was convened to evaluate the county’s jails in the aftermath of the beating death of Michael Tyree, a mentally ill inmate who was beaten to death by three guards,” she said.

“What our commission found was a jail system that was horribly mismanaged. We also encountered tremendous resistance from the sheriff and her command staff to providing transparency into the jail operation … so much for law enforcement experience,” she said.

In California’s long history, there has never been a Black person elected to the office of the county sheriff. Both Wiener and Cordell believe that SB 271 could change that.

“SB 271 returns our state to pre-1988 standards while also bringing us into the 21st Century with a populace that is exhausted with the status quo and want a voice and choice in who sits in one of the most powerful positions in our county,” Cordell said.

According to the text of the bill, “Many current Sheriffs lack mental health or de-escalation training. As recent COVID-19 outbreaks in our jails demonstrates, the skills Sheriffs need to protect public safety include strong management, leadership, and the ability to move quickly and make difficult decisions, rather than the ability to fire a weapon.”

SB 271 has passed the Senate’s Public Safety Committee with a 4-1 vote. It is now being reviewed by the Governance and Finance Committee. A hearing was set for mid-March.

In addition, Assemblymember Jim Cooper (D-Sacramento) is proposing Assembly Bill (AB) 60, which would disqualify individuals who have been subjected to a military tribunal for any offense that would have been a felony in California from becoming peace officers in the state.

“The bill would also disqualify any person who has been certified as a peace officer by the Commission on Peace Officer Standards and Training and has had that certification revoked by the commission,” the bill’s text reads.

On March 17, AB 60 was referred to the Assembly committee on Public Safety.

In the same vein, Assembly Bill (AB) 17, also introduced by Cooper, would disqualify an individual from serving as a peace officer who has been discharged from the military for an offense that would have been a felony in California.

Currently, these conditions would not bar a person from being hired at a law enforcement agency.

“Existing law makes the personnel records of peace officers and custodial officers and specified other records confidential and limits the disclosure of those records except in (certain) investigations or,” the bill’s text reads.

AB 89 would raise the minimum age to become a peace officer from 18 to 25, with the exception of individuals under 25 with advanced degrees.

“The bill would specify that these requirements do not apply to individuals 18 to 24 years of age who are already employed as a peace officer as of the effective date of this act,” the bill’s text reads.