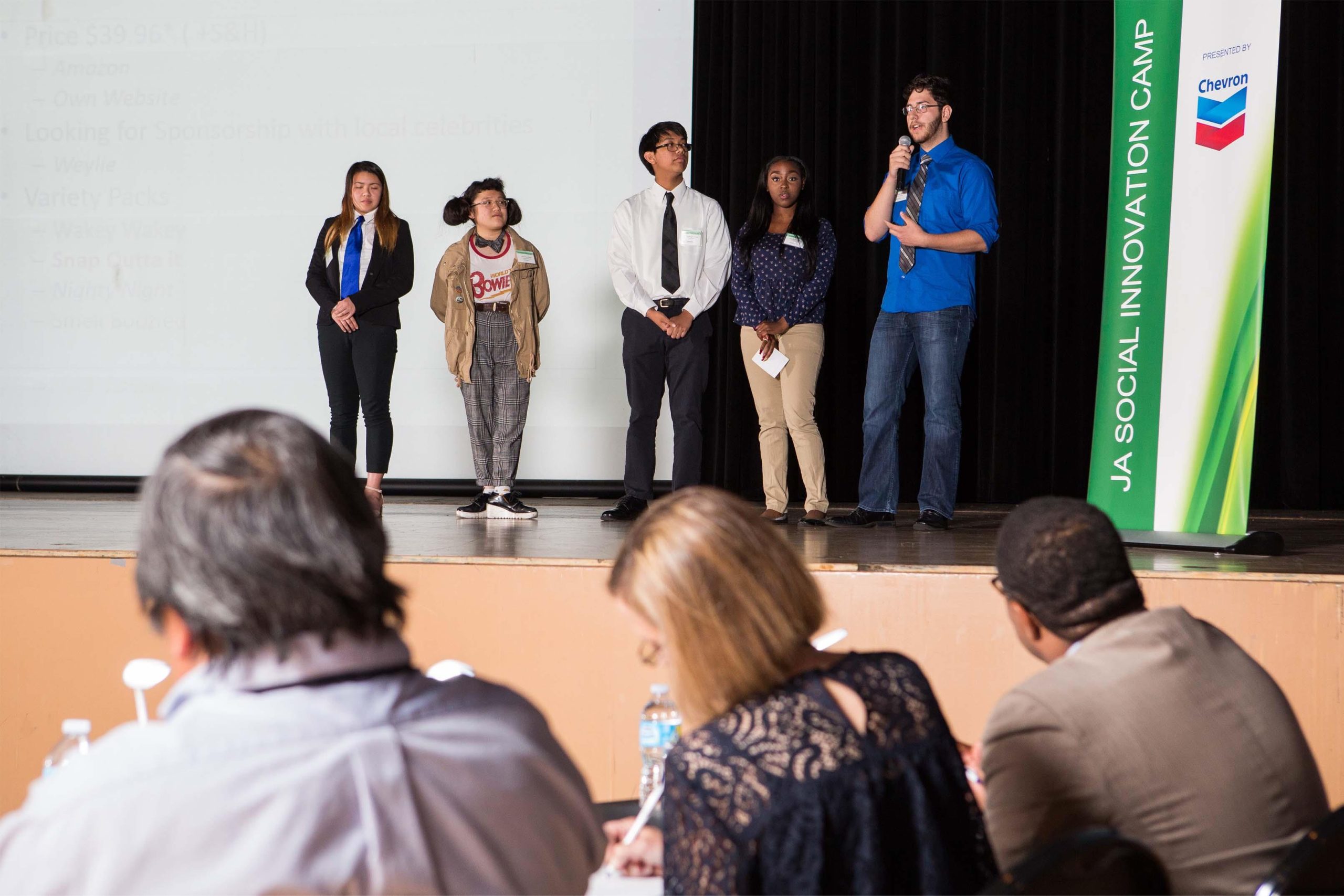 One involved an idea for a smartphone app that can track classroom performance and then pair students with specific tutors when needed. Another proposed manufacturing “scent cartridges” that can attach to smartphones and, when activated, emit certain smells scientifically proven to combat grogginess.

And then there was the idea for a bar-code security system in the West Contra Costa Unified School District (WCCUSD) that allows students to scan into campuses as well as classrooms, saving teachers and staff time on tracking attendance and also serving to increase campus safety.

Such ideas were not the brainchild of Google employees, but rather those of dozens of WCCUSD students who took part in the annual Junior Achievement Social Innovation Camp on Thursday, which was sponsored by Chevron Richmond.

The students were divided into eight teams whose project proposals were analyzed by judges from the business community, including two managers from the Chevron Richmond Refinery and a program director for the Renaissance Entrepreneurship Center. Eight Chevron employees volunteered their time to mentor the students through the design process and with their presentations.

Their ideas exposed a common thread among young people hoping to use their burgeoning technology skills to improve the lives of students on their campus as well as members in their communities. Several student groups on Thursday presented apps that connect students to community service opportunities.
The JA Social Innovation Camp, however, is more focused on the process of invention than the inventions themselves.

“We brought these students together to share ideas, to learn about cutting edge technology and experience the exciting entrepreneurial process from start to finish,” said Andrea Bailey, Chevron Richmond community engagement manager. “We wanted to provide them an enriching, real-world window into the business world. And to show them what skills they’ll need to pursue their ideas.”

The teams of students were given a strict deadline Thursday morning to develop ideas, concept papers and Power Point presentations. In the afternoon, they presented their project proposals to the judges in a Shark Tank-style format, where they had to respond to critical questions.

Later, they heard a talk from Richmond native and celebrity speaker Devin Lars, who launched his successful clothing design company, Doing Everything Different, from his grandfather’s garage.

During the event, WCCUSD Superintendent Matt Duffy could be seen in the audience scribbling down notes.

“This was so much more interesting than us coming and asking, ‘What’s wrong with your school, how can we make it better?’,” Duffy said. “I think this is such an awesome opportunity to hear from you.”

Duffy also discussed an app he would like to develop that aims to improve the WCCUSD system for substitute teachers.

The Social Innovation Camp is one of a number of community education initiatives launched by Chevron Richmond with the aim of sparking interest in STEM subjects, or science, technology, engineering and mathematics. Bailey praised the record number of female participants at this year’s camp.

What the students accomplished at Richmond Memorial Auditorium last week is exactly what’s going on inside the campuses at Google and Facebook, said Duffy.

This story is courtesy of the Richmond Standard.